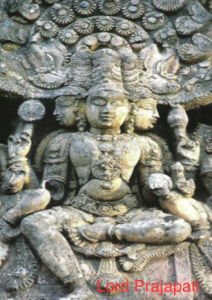 There are almost 30 million more manuscripts from ancient India in Sanskrit and Tamil waiting to be cataloged and translated; there are many more dazzling pearls of knowledge and wisdom in this massive body of literature apart from the Indian Scritures.

William Dalrymple ( historian) was overwhelmingly charmed by this poem (in Telugu) written in honour of Lord Venkateswara of Tirupati (an incarnation of Lord Vishnu) sometime in the fifteenth century by the devotional poet Annamaya:

What use is ecstasy

Without the agony of separation?

Shade is nothing without the burning sun.

What is patience without the fury of passion?

Why make anything-love or poetry-

If two cannot be one?

Fortunately the Upanishads have been translated to English from Sanskrit. They were first translated into Persian, and then to French in the sixteenth century.

In Katha Upanishad, considered by many as the most powerful of the Upanishads, Yama the Lord of death tells little Nachiketa (a boy of only 12 years but with immense “Shraddha” (faith) that even the Devas (gods) and wise men do not know what happens to a person after death; that there are two roads; one to the God- head, and the other to wordly pleasures. One path intentionally goes away from the other, like light and darkness they conflict. The discerning person distinguishes between these two, one leading to imperishable spiritual realm; the other to the perishable physical material world. There is one part of us which must die; there is another part which never dies. When one can identify with the undying part, then one gets to be with God, one overcomes death. The imperishable cannot be attained by the perishable, moreover no amount of observance of rituals or ceremonies can earn the imperishable and eternal.This imperishable or Self also cannot be attained by the study of Scriptures or intellectual pursuit , nor by frequent listening. Self is attained by only those whom God chooses, by them only is It attained.

Yama explains that is after knowing ‘That” which is touchless, odorless, tasteless, tasteless, beginless, endless, beyond the Unmanifested, can a person escape from the cycles of birth and death (Samsara). This innermost essence never dies, canot be heard or felt or smelled or tasted. The Almighty cannot be discerned by the 5 senses, hence all knowledge of Him must me acquired by the subtler faculties of heart, intellect and mind, which are developed only through the purifying practice of meditation. When the five organs of perception and the mind become still, and the intellect ceases to be active; that is called the highest state. This state of equilibrium leads to super conscious vision.

This firm holding of the senses is what is called Yoga. Yoga literally means to unite the lower self with the Higher Self; the worshipper with God. But you must be warned that he who thinks he does not know It, knows It; he who thinks he knows It, knows It not. The true knowers realize that they can never fully know It because of It’s infinity, while the ignorant think they know It.

One can now fully appreciate that reports on efficacy of Yoga in the media are mere crumbs , much like dipping the tip one’s toe in an ocean of knowledge and wisdom . For instance The Telegraph (UK) newspaper highlighted a meta-analysis published in a recent issue of the European Journal of Preventive Cardiology on the cardiovascular benefits of Yoga . This is not to belittle the study (of considerable scientific rigor) but to remind the reader that such studies merely skim the surface of Yoga.

The study (“Effectiveness of Yoga in modifying risk factors for cardiovascular disease and metabolic syndrome: A systematic review and meta-analysis of randomized controlled trials”) including 37 randomized control trials in the review, and 32 in the meta-analysis (involving 2768 subjects) observed that Yoga as compared to non-exercise controls significantly lowered systolic blood pressure, diastolic blood pressure, weight, body mass index, low-density lipoprotein cholesterol, heart rate and triglycerides. High-density lipoprotein cholesterol was significantly raised by Yoga, but there was no change in fasting blood glucose or glycosylated hemoglobin. The authors concluded that Yoga improves cardio-metabolic health but the findings were limited by heterogeneity, small sample size and moderate quality of randomized trials. Importantly no difference was found in the beneficial effects of Yoga and exercise. The duration of the studies ranged from 3 to 52 weeks, with a median follow-up of 3 months. The control arms included education, diet, relaxation techniques, aerobic exercise and no therapy.

Yoga,in particular Hath Yoga, has been steadily increasing in the US. A health survey done in 2004 estimated that 15 million Americans have done Yoga at least once, while a 2007 survey reported that as many as 20% of the US population did some form of Yoga practice. Yoga is extremely cost effective in that it requires minimal space and no equipmen; but probably all these millions practicing Yoga never realized how close they were to corralling their mind in embracing God or Prajapati. Indians too, not unlike Westerners are barely aware of the enormous health benefits of Yoga and probably have little clue of the paramount importance of Dhyan (meditation ) to achieve the Almighty.

Their ancestors however were unique in that they” left no objects or images”; ” they had no concern for leaving a record of their conquest”; ” they never founded nor attempted to found an empire”; “and those attempts about which we have information deal not so much with exploits – military or administrative – but with knowledge”; as recorded by Calasso in his latest book ‘Ardor’ on the Vedas.

Alas when did that ardor for pursuing knowledge wither away ?