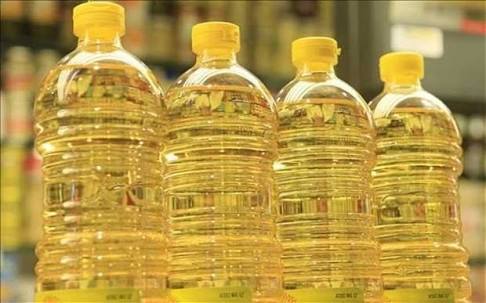 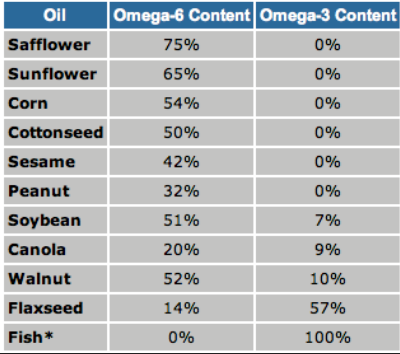 A new study has re-examined recovered data form the Minnesota Coronary Experiment (MCE) which was a double blind randomized trial that took place 45 years ago. The MCE followed 9423 participants from a nursing home and government mental hospitals for 4.5 years. The trial tested whether replacing saturated fats with vegetable oil rich in linoleic acid (an omega-6 polyunsaturated fat) reduce risk of coronary heart disease and death by lowering serum cholesterol. The trial used corn oil to provide the omega-6 polyunsaturated fat.

The diet did reduce blood cholesterol levels but did not reduce mortality nor did it reduce heart attacks. There were, astonishingly, more deaths and heart attacks in the group fed the vegetable oil. Moreover pooled results of the MCE and 4 similar trials did not record reduction of mortality from heart disease. The MCE trial ended in 1973 but the results got published after 16 years in 1989. At that point of time the researchers reported no difference in between treated group and controls for cardiovascular events, cardiovascular deaths or total mortality.

The US dietary guidelines, in 2015, finally removed dietary cholesterol and total fat as risk factors as worrying factors. In the 1950’s and 1960’s experiments had shown that saturated fats increased cholesterol levels while polyunsaturated fats decreased them. It was also believed that high cholesterol led to heart disease, heart attacks and death. A Cochrane systemic review and meta analysis of randomized trials recorded a small reduction in cardiovascular risk when intake of saturated fat was lessened. The review however included trials that replaced saturated fat with protein, carbohydrate and unsaturated fat, not specifically linoleic acid.

The Minnesota Coronary Experiment has demonstrated that despite lowering cholesterol with linoleic acid diet, there was no improvement in survival. The participants with greater reduction in serum cholesterol had a higher, rather than lower risk of death. These findings go against the traditional diet-heart hypothesis that anticipates reduced heart disease and cardiovascular death by replacing saturated fat with vegetable oils rich in linoleic acid. Moreover autopsies done in more than 100 patients revealed that the group that was given linoleic acid had more blockage and heart attacks.

It must be recognized that the MCE is a blinded randomized trial. An earlier trial, the Sydney Diet Heart Study intervention had also shown an increased risk of death from coronary heart disease despite significant reduction in serum cholesterol. The MCE intervention too, despite effectively lowering cholesterol, could not demonstrate reduced mortality. Meta-analyses of randomized controlled trials specifically testing replacement of saturated fat by vegetable oil containing linoleic failed to show any clinical benefit.

What could be the probable reasons for this paradoxical effect of lowering cholesterol with linoleic acid but not reducing heart disease or mortality? It is hypothesized that vegetable oil rich in linoleic acid alters the properties of the LDL cholesterol particles. The LDL gets susceptible to greater oxidation and hence is more capable of getting deposited on the arterial wall. A broader understanding could explain why some agents, which decrease LDL, reduce heart disease, while others are neutral or actually increase risk. The collective data from diet-heart randomized trials suggest that lowering serum LDL or cholesterol by replacing saturated with vegetable oils rich in linoleic acid has no clear clinical benefit. Both the MCE and Sydney diet studies recorded adverse effects in smokers, heavy drinkers, and older adults, with high intake of linoleic acid containing vegetable oil, because they are prone to linoleic acid oxidation.

A century ago most people consumed less than 3% of calories from linoleic acid. The vegetable oil consumed today has the fatty acids separated from the fiber, protein and micronutrients naturally present in vegetables and seeds. Moreover very high doses of linoleic acid are being eaten nowadays; almost 15-17grams a day. Natural food has 5-6 grams of linoleic acid only.

The benefits of choosing polyunsaturated fat over saturated fat are not as certain or clear as previously thought. In the meantime we should continue to eat more fruits, vegetables, fish and whole grains, while avoiding salt, sugar and industrial trans fats.

The findings of the MCE were never published in it’s entirety because it went against the popular scientific notion of the so called ‘Lipid Hypothesis’ that saturated fat in meat and dairy increases serum cholesterol and thereby raised cardiovascular risk and death. The researchers of the MCE had similarly analyzed unpublished data from the Sydney Diet Heart Study and had come to the same conclusions. In the MCE trial, the intervention group lowered saturated fat intake by 50% and increased their vegetable oil intake by 280% in the form of corn oil. They were able to follow up 2403 participants of the original almost 10,000 to report that albeit corn oil reduced cholesterol as compared to a control diet there was no reduction in heart disease or death. In fact there were more deaths in the vegetable oil group.

There were 149 autopsies conducted with complete information. There were signs of at least one heart attack in 41% of the intervention group as compared to only 22% of participants in the control group fed high saturated fat.

For decades, animal fat from meat, cheese, butter had been the villains that were blamed for heart disease. Since 1961, the American Heart Association has recommended that vegetable oils replace saturated fats. The World Health Organization also advises that saturated fats should provide less than 10% of total energy intake. More research is needed to clarify the air about eating less or more saturated fats to prevent heart disease and deaths. Till then one should stick to home cook food and a little common sense, using little oil as possible.