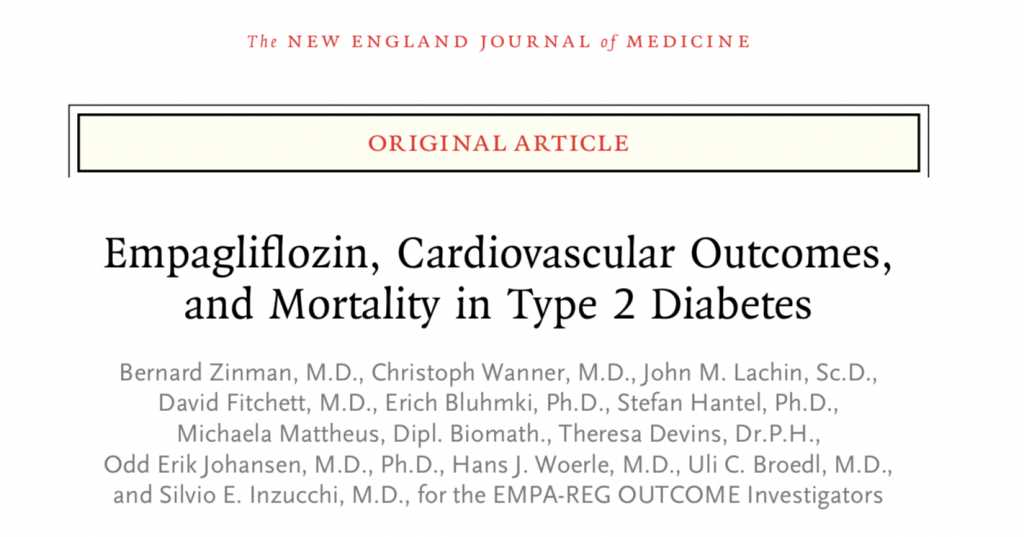 Rightly or wrongly it is being suggested that cardiologists begin managing patients with diabetes with the realisation that 2 new classes of drugs have a beneficial effect on cardiovascular outcomes. Albeit oral hypoglycaemic agents have been used for decades in the treatment of diabetic patients no clear signal indicating salutatory cardiovascular effects has ever been recorded. The United Kingdom Prospective Diabetes Study (UKPDS) studied metformin versus diet control ( only) in overweight diabetics ( > 120% of ideal body weight)and came to the conclusion that metformin significantly reduced mortality as compared to diet alone therapy. Metformin also reduced mortality when compared to a sulfonylurea or insulin. But when metformin was added to sulfonylurea treatment there was increased mortality.

Metformin has been considered all these years as the go to therapy in patients with diabetes, especially because it induces less hypoglycaemia and less increase in weight. The problem with the UKPDS study is that only 342 patients got studied on metformin, this number would be considered a pittance in contemporary clinical research.

One should be wary of metformin in patients with diabetes having impaired kidney function. American guidelines proscribe use of metformin when creatinine is greater than 1.5 mg%, while British guidelines urge caution with metformin once GFR is less than 45 ml/ min/ 1.73 m2. It should be noted that insulin also requires reduction in dosage when GFR gets below 50ml/ min. Similarly most if not all sulfonylureas should be avoided in the presence of impaired renal function. Glimeride is not to be used if the GFR <60 ml/min, as also glibeclamide and glyburide are contraindicated with GFR <60 ml/min.The only sulfonylurea to be used safely in diabetics with impaired kidney function is glipizide as it is largely eliminated by the liver (Clinics 2016:71: 47-53).

The emergence of sodium glucose cotransporter 2 inhibitors (SGLT2i) is therefore of some significance, because they too neither increase episodes of hypoglycaemia nor raise body weight. Moreover they have been found to significantly reduce hospitalisation for heart failure apart from significantly reducing mortality. The EMPA-REG OUTCOME ( N Engl J Med 2015;Se)investigators randomized more than 7000 patients of diabetes to empagliflozin ( SGLT2i) versus standard care. The researchers concluded that diabetic patients at high cardiovascular risk significantly benefited by empagliflozin, which reduced cardiovascular mortality by 38%, and hospitalisation due to heart failure by 35%, in a follow up of approximately 3.5 years. Empagliflozin was also associated with slower progression of kidney disease and lower rates of clinical renal events as compared to placebo. Almost 18% patients had a GFR between 45 and 60 ml/ min, while almost 8% patients had a GFR between 30 and 45 ml/ min.

Hence an SGLT2i will work in a patient with diabetes regardless of whether there is established atherosclerotic disease or not. Empagliflozin can be administered orally as a 10 mg or 25 mg dose. The other SGLT2i’s too are available as tablets. Empagliflozin is more effective in reducing cardiovascular events, while canagliflozin is associated with fractures and amputation. 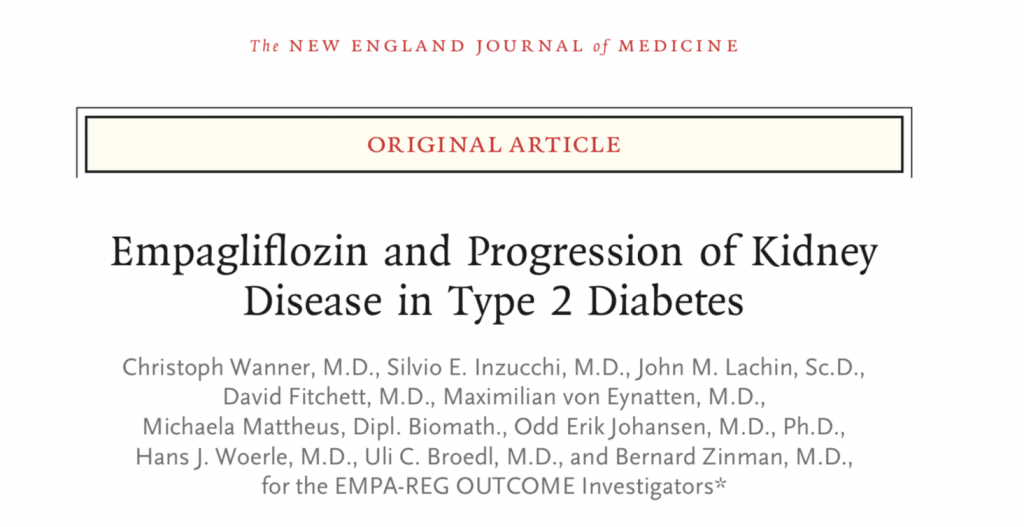 The other class of antidiabetic medication observed to reduce cardiovascular outcomes are the glucagon like peptide receptor agonists (GLP-1). These are available so far in injectable forms. The GLP agonist corrects hyperglycaemia by increasing insulin production and reducing the production of glucagon at the same time. Interestingly glucagon reduction is tailored to blood glucose level.They also reduce stomach motility and appetite, thereby cutting down weight. Both SGLT2i’s and GLP agonists reduce insulin resistance. Liraglutide and semaglutide ( GLP agonist) have been found to significantly reduce cardiovascular events.

Recent data from cardiovascular outcome trials have shown both glycemic benefit and reduced cardiovascular risk. Death, MI and stroke were significantly reduced by 13% with liraglutide (GLPR agonist) in the LEADER trial ( N Engl J Med 2016;375:311-322). First occurrence of death, myocardial infarction or stroke was reduced by almost 25% with semaglutide (GLPR agonist) in the SUSTAIN-6 trial ( N Engl J Med 2016;375:1834-1844. Treatment with GLP receptor agonist has been associated with systolic blood pressure reduction mechanisms that include vasodilation and natriuresis. The decrease in systolic blood pressure is independent of weight loss, in fact occurs before weight loss.

So now there is data on 2 classes of drugs ( SGLT2i and GLPR agonist) demonstrating substantial cardiovascular benefit in patients with type 2 diabetes. These agents are reasonably safe tand can be prescribed by cardiologists as also primary physicians. There is a strong case to add an SGLT2i or GLPR agonist to metformin in patients with type 2 diabetes with or without atherosclerotic cardiovascular disease. Maybe even initiate treatment with a SGLT2i keeping in mind the UKPDS trial with metformin had less than 350 patients studied. But a special price will have to be considered for the Indian diabetic population that may not be able to afford the 2 new anti-glycemic agents. Crucially an estimated 425 million people suffer from diabetes and 80% live in low income and middle income countries. Almost 11% of the adult urban population in India has diabetes (Lancet Diabetes Endocriniol 2017;5:585-96).