The 2017 Tour de France (TdF) has begun, and Geraint Thomas has won the first stage. Thomas is the first Welshman to wear the famed yellow jersey. The TdF is a grueling long distance cycling race that covers 3,500 kilometres over 23 days (consisting of 21-long day segments or stages) , in France and bordering countries. The competition is more than a century old and has been held every year except during the 2 World Wars. It is the most physically demanding sporting event of the world.

The most infamous cyclist is of course Lance Armstrong, who won the Tour 7 times, and that too back to back, from 1999 to 2005. The incredible wins gave him legendary status apart from earning millions of dollars and the chance to cycle along the President of the United States. Armstrong would defiantly rebuke any concern of doping directed at him. “I have been tested 500 times, and have never been found positive”. Rumors continued to swirl around him, the American government initiated an inquiry and finally the US Anti Doping Agency stripped him off all titles including every 7 Tour win. He has also been banned from participation in any sporting event whatsoever.

Armstrong was compelled to publicly concede that he did use performance-enhancing drugs (PED) during all those years he cycling away to all those stunning victories. A French newspaper had published evidence that Armstrong had used erythropoietin during his 1999 Tour win, soon after his 7th Tour title in 2005. Armstrong’s urine had shown traces of corticosteroids; this was dismissed by Armstrong and his team management as a consequence of a steroid ointment he used for saddle sores. In 2013, Armstrong confessed publicly in an Oprah Winfrey interview that he did use PED’s and went to the extent of being apologetic.

Tyler Hamilton who rode alongside Armstrong for the Postal team in the Tours, and himself an outstanding endurance cyclist wrote a gripping account of the doping epidemic in world cycling. Hamilton in his book “The Secret Race” vividly describes the many methods of doping employed by the best cyclists in the world, including himself. He and most other cyclists have justified the use of PED’s to improve results because according to them it was ingest or inject or perish in the competition circuit. Wins or finishing in the top bunch was crucial to earn a decent wage and continue cycling against and with the top. 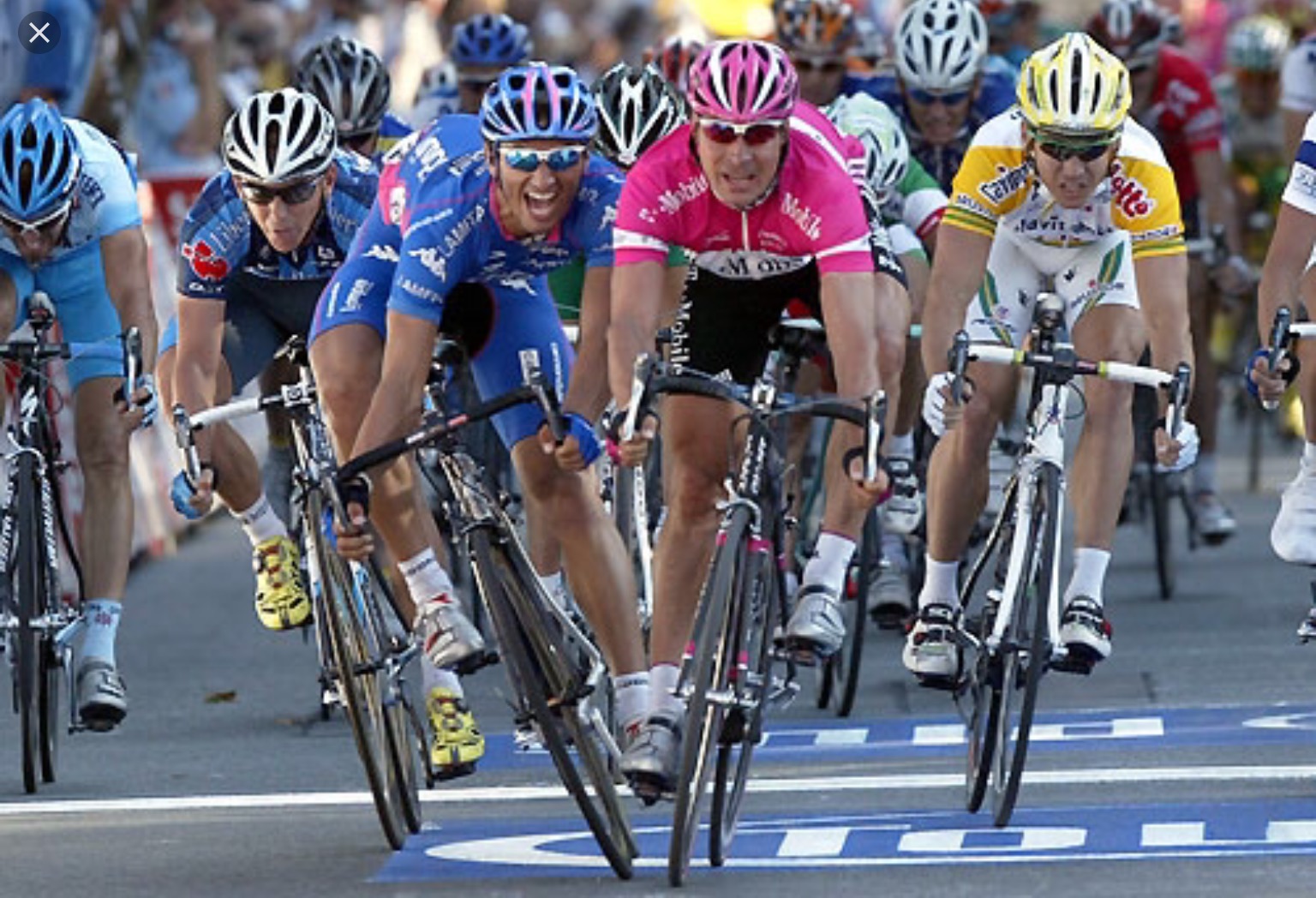 Erythropoietin or EPO was rampant. Erythropoietin is a chemical secreted by the kidneys that galvanizes the bone marrow to produce more red blood cells (RBC). The RBC is capable of carrying oxygen to muscles and all other organs. The greater the number of RBC’s the greater the ability to transport oxygen in the human body. The proportion of RBC’s in blood is measured as ‘haematocrit’. Haematocrit is the percentage of RBC’s in blood by volume. The greater the haematocrit value the more efficient the energy output. The normal value in males is around 45 in men and 40 in women. Before EPO could be tested (1990’s to early 2000’s) it was mandatory for cyclists to have a heamatocrit at 50% or less. The trick with the top cyclists was to somehow inject EPO into themselves but never permitting the haematocrit to surface above 50.

The usual method of injecting EPO was 2000 units subcutaneously every second or third day. Soon many were advised by their doctors to indulge in micro-dosing that consisted of injection 400-800 units of EPO intravenously. The smaller intravenous dose ensured adequate boost in the RBC’s without detection of any EPO.

A capsule of testosterone was ingested once a week or twice a week till it was realized that this too could be micro-dosed by consuming not the entire oily content but some of it. Testosterone helped by increasing muscle strength and accelerating recovery after a hard work out or a stage of the tour.

Besides injecting EPO, auto blood transfusion began to be used. The technique was simple. A bag of blood was transfused out from the cyclist, stored for a little less than a month, and then re-transfused into the same cyclist to increase significantly the number of red blood cells. Multiple blood bags could be taken out over a period of 2 months and re-transfused in the cyclist during competition.

Besides EPO, blood transfusion, and testosterone there was widespread use of human growth hormone and corticosteroids. Each one of these drugs or when used in combination improved performance significantly. A single point increase in the haematocrit value translated in at least 1 point increase in work output. Even a fraction of that increase was enough to earn the top or one of the top positions in given competition or Tour.

The latest issue of the Lancet carries a study conducted by a group of Dutch scientists that sensationally concludes EPO does not provide any athletic advantage. The researchers did the double blind randomized study against the well-known background that PED’s are forbidden in sports. The study enrolled amateur male cyclists who were randomized to receive 6000 units of EPO per week or placebo for 2 months. A total of only 48 participants were studied. At maximal exercise work output and maximal oxygen consumption was greater in the EPO group as compared to the placebo group, but the authors concluded there was no difference in work output or maximal oxygen consumption at sub-maximal exercise or road race effort. Now Lance Armstrong will certainly make note of this study, which must have surely been told to him. The Dutch study has shown that despite a grueling 21.5 km climb, preceded by a 110 km cycle race, there was no difference in results between an EPO injection and a dummy injection.

The study could not include professional athletes because of current doping rules, and therefore selected the fittest amateur cyclists they could find. The lead author laments that Lance Armstrong lost his titles, his iconic status and his reputation for nothing. Ironically ‘The Cycling Weekly’ reported a mere 3 days ago (on 29th June 2017) that a rider has been handed a 4-yaer ban after a 2012 sample tested positive for EPO by the International Cyclists Union (UCI). A 2012 sample that was retroactively tested turned out to be positive for erythropoietin.

Under World Anti-Doping Agency (WADA) and UCI regulation, anti-doping samples can be stored for 10 years, for detection of substances that may not be currently tested. It is no surprise that dozens of champion cyclists continue to be caught with PED’s. The Dutch study therefore does appear a bit odd with its no enhanced performance by EPO conclusion. For years almost every top cyclist has injected EPO to boost performance. Some may say this makes it a level playing field because just about every one is using some form of PED or the other. There is also the physiological fact that response to EPO is highly individualized. Every recipient will not increase performance in a uniform manner. Maybe a better study would include amateur cyclists who went on for at least 10 continuous days, by then their haematocrit would drop, and then inject one half with EPO and record results after another 5-7 days of cycling.

A high haematocrit can lead to thrombosis, strokes and heart attacks. Too many red blood cells can make blood too thick to be pumped by the heart. It is known that many cyclists would wake up in the middle of the night to exercise in order to pump the thick blood in their bodies. Erythropoietin besides boosting the quantum of red blood cells, allows one to train harder and recover quicker for the next session.

One now waits with bated breath for the first anti-doping offender to quote this small Dutch study, in his appeal and defense. The International Cycling Union or the UCI (Union Cycliste Internationale), the principal cycling world body, which has been under a perpetual doping cloud, will also carefully examine this study. In the mean time the UK anti-doping investigators have their hands full with the delivery of a package containing testosterone patches to a doctor attached to the British cycling team. A parliamentary select committee member has conceded that the reputation of British cycling may be “in tatters”.

The world is still to react to the Lancet study, but there will certainly be murmurs of discontent from sport scientists and coaches.  Above all Lance Armstrong knows that EPO may not be magic but most certainly works at maximal effort in elite endurance athletes.