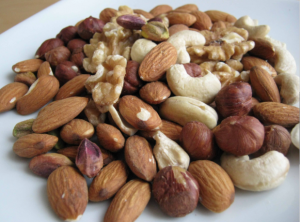 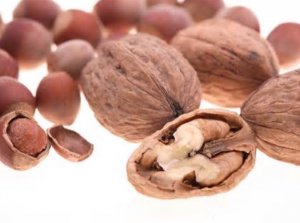 The recently concluded European Society of Cardiology 2014 Conference (one of the largest cardiology meetings in the world) in Barcelona, Spain was dazzled by a striking study that showed dramatic efficacy of an experimental drug in patients with heart failure. The new drug, with the tonguetwisting name of ‘LCZ696’, reduced both deaths due to cardiovascular disease and hospitalization due to heart failure in patients already prescribed standard life saving medication by a whopping 20%. This study (PARADIGMHF) included more than 8000 heart failure patients (1). Heart failure affects more than 26 million (260 lakh) people globally and is the leading cause of hospitalization in Europe and the US. A patient with heart failure is unable to pump blood adequately to different organs of the body, because of a weakened heart due to a variety of reasons such as heart attack and hypertension. This leads to breathlessness, tiredness, salt retention, and swollen feet and eventually, if not treated, death. The new drug has therefore created a buzz among  physicians across the world; but it will cost around $ 2,500 annually as opposed to $ 50 a year spent on available heart failure medicines. It will be therefore a multi-billion dollar bonanza for the drug company that has made the new drug ‘LCZ696’. Fiscal profit, albeit justifiable, is the driving force behind pharmaceutical research for new drugs. There have been hundreds of rigorously controlled randomized trials on drugs and devices in cardiovascular disease; acute heart attack in fact is not only the most extensively studied disease in the world but has also turned into a multi billion dollar industry. There is, however, sparse randomized data on the role of diet in prevention of heart attack and stroke. The public is repeatedly bombarded with anecdotal or observational nutritional information on prevention of cardiovascular disease.

The first randomized (PREDIMED) primary prevention study  on diet to prevent heart disease was published in 2013 in the New England Journal of Medicine. Researchers for the first time demonstrated that diet could be as effective if not more than drugs in prevention of heart disease in persons carrying cardiovascular risks, but without heart disease. The study involving 7447 persons (age 55-89 years) randomized the participants to 3 groups: Mediterranean diet supplemented with 30g of nuts (walnuts, almonds), Mediterranean diet supplemented by extra virgin olive oil, or a control group on advice to reduce dietary fat. There was a significant 30% reduction in heart attacks, strokes and cardiovascular deaths after 5 years of follow up in the groups taking nuts and olive oil. The majority of these people who had diabetes or other cardiovascular risk factors were already on statins and anti hypertensive medication. Till this data appeared, evidence favoring Mediterranean diet had been observational or anecdotal. The PREDIMED Study hence generated a lot excitement and worldwide attention. Traditional Mediterranean diet consists of high intake of fruits, vegetables, nuts, whole grain cereals, olive oil; moderate intake of fish and poultry; low intake of red meat, processed meat and sweets. Observational studies have commented on favorable effects of the Mediterranean diet on inflammation, endothelial dysfunction and oxidative stress. Many observers believe that nuts and olive oil in the PREDIMED Study were largely responsible for the substantial cardiovascular benefits.

Twenty years ago a secondary prevention randomized study assessed 600 patents of acute heart attack with a Mediterranean alpha linolenic acid rich diet versus a ‘ prudent Western-type diet”. This trial published in the Lancet showed a substantial 70% reduction in clinical outcomes in the group on Mediterranean diet. These positive cardiac effects persisted for four years at least. An editorial published in the Circulation in 1999 marveled at the enormous reduction in death, repeat heart attack and heart failure by a sensible diet, in patients who had already suffered a heart attack

. A large epidemiological study including (published in the New England Journal of Medicine in 2013) 114,000 women and men, found that (in a follow up of 30 years) nut consumption was inversely associated with mortality in both women and men. Significant inverse associations were observed between intake of nuts and deaths due to heart disease, cancer and lung disease. There was data on more than 27,000 deaths in this study. The best results were observed in people consuming around 30 g of peanuts or other nuts every day of the week. The people who ate nuts were leaner, smoked less or not at all, exercised more, and lead a healthier lifestyle than the non-nut eaters. The nut eaters had 20% reduction in mortality. Nuts are nutrient dense foods that are rich in unsaturated fats, high quality proteins, fiber, minerals, vitamins, and bioactive substances such as phenolic antioxidants and phyla sterols. Nut consumption has been associated with reduced risks of type 2 diabetes mellitus, metabolic syndrome, colon cancer, gall stones, death from inflammatory diseases, and hypertension . A small study involving a mere 148 people (13) randomized half to a low- carbohydrate diet (< 40g/day) and the other half to a low-fat diet (<30% of daily energy intake) and after 12 months follow up found greater loss of weight and cardiovascular risk factors in the low-carbohydrate group. The study (published in the current Annals of Internal Medicine) was too short to detect any beneficial clinical outcomes. People participating in this study did not have any cardiac disease.

The current issue of the Journal of American Medical Association (JAMA), however, carries a meta- analysis of almost 50 randomized studies comparing low- carbohydrate versus low- fat diets for reduction of weight in over weight or obese individuals failed to show superiority of any individual diet. The study concluded that weight loss was observed with any low-carbohydrate or low-fat diet. The recommendation was that any diet that a patient will adhere to lose weight should be prescribed. Follow up extended from 6 to 12 months . It is an open secret that most doctors across the globe with extensive and rigorous training in their disciplines will be at a loss when asked to provide specific answers regarding a healthy diet for primary or secondary prevention of heart disease. The reason probably is simple in that there are no adequately powered long-term studies on various diets. The PREDIMED study underlined the ignorance of the scientific and medical community regarding dietary advice in people at risk for heart attacks. There is urgent need for more randomized studies because a Mediterranean diet supplemented by nuts or olive oil cannot be the only effective diet, particularly in the Indian scenario. This may not be possible with the help of business houses or drug companies alone; the Indian government will need to step in soon and vigorously.

There has been remarkable improvement in management of patients with heart attack in the last four decades. There has been substantial reduction in mortality with significant improvement in quality of life with employment of balloon angioplasty accompanied by coronary artery stenting, and the usage of drugs such as aspirin, statins, beta -blockers and ACE inhibitors. In the late seventies of the last century when I was an intern, we had none of these measures to tackle a heart patient. We relied only upon lidocaine to correct abnormal rhythms, and nitroglycerine to dilate blood vessels; both were to be proven not only inadequate but also probably harmful to a heart attack patient. Contemporary knowledge on optimal nutrition for the heart disease patient is at the same primitive level and therefore urgently needs to be enhanced. But it seems reasonable to believe that promotion of an optimal diet would lead to considerable savings in health care. In the meantime we probably need to give more respect and time to nuts.