We have all grown up being drilled that a dog is man’s best friend. My favourite quotes are from Marlyn Monroe “Dogs never bite. Just humans” and Charles de Gaulle , “The better I get to know men, the more I find myself loving dogs.” The latter never had to deal with the chaps running Allengers, a company that deals among other things with producing and installing cathetrisation laboratories. A catheterisation laboratory provides requisite imaging to safely perform percutaneous coronary interventions such as percutaneous coronary angioplasty and coronary stenting. You could also implant temporary and permanent pacemakers, ICD’s and biventricular pacemakers. These are all life saving procedures. The best catheterisation laboratories are supposed to be manufactured by Seimens and Philips, but I regretfully had opted for Allengers, an Indian company, much before the prime minister came up with the’ Make in India ‘ slogan, I had somehow been lured into believing indian personnel could be more considerate than a Dutch or German corporate manager. Let me assure you Allengers has proved to be merciless beyond the pale; the merchant of Venice would come out as a 4 weeks baby compared to the mandarins in Allengers. Shylock had infamously uttered “ I’ll have my bond. Speak not against my bond. I have sworn an oath that I will have my bond.” Shylock wanted his pound of flesh above everything else, even after the magistrate had offered him thrice the amount of money he was owed. But enough about Allengers, the story is for another day. 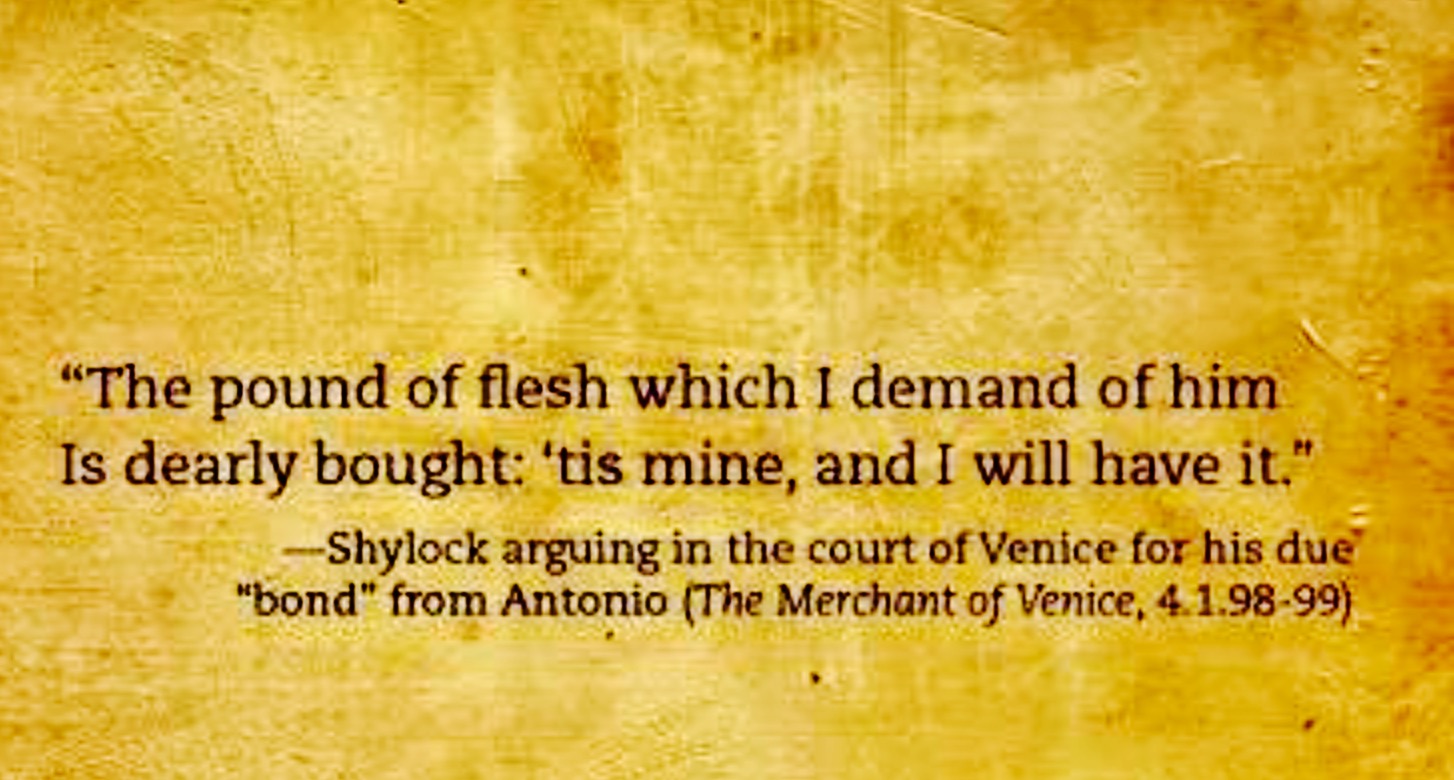 .
Researchers in Stanford university may be on the brink of edging out the dog as man’s best friend. They have actually accomplished the arduous task of growing human cells in a sheep embryo. The research team announced the controversial feat of creating 1 human cell in 10000 sheep cells in last week’s American Association for the Advancement of Science meeting held in Austin, Texas, USA. The researchers were able for the first time to grow hybrid human sheep embryo in a surrogate for 3 weeks. The embryo had both human and sheep cells. Scientists now have the ability to grow a human organ in a sheep or rather can be ambitious to grow human organs in sheep as soon as 5-10 years. The procedure put simply is that stem cells from a human are introduced into the embryo of a sheep. The embryo of the sheep has had the ability of growing sheep pancreas sliced out by the CRISPR technique, that permits one to modify and alter the gene. The hybrid embryo containing human and sheep cells would then be implanted in a sheep with the hope that a foetus will develop carrying a human pancreas.Crucially the size of sheep pancreas is quite similar to that of the human and moreover sheep lungs and heart too are similar to that of a human. 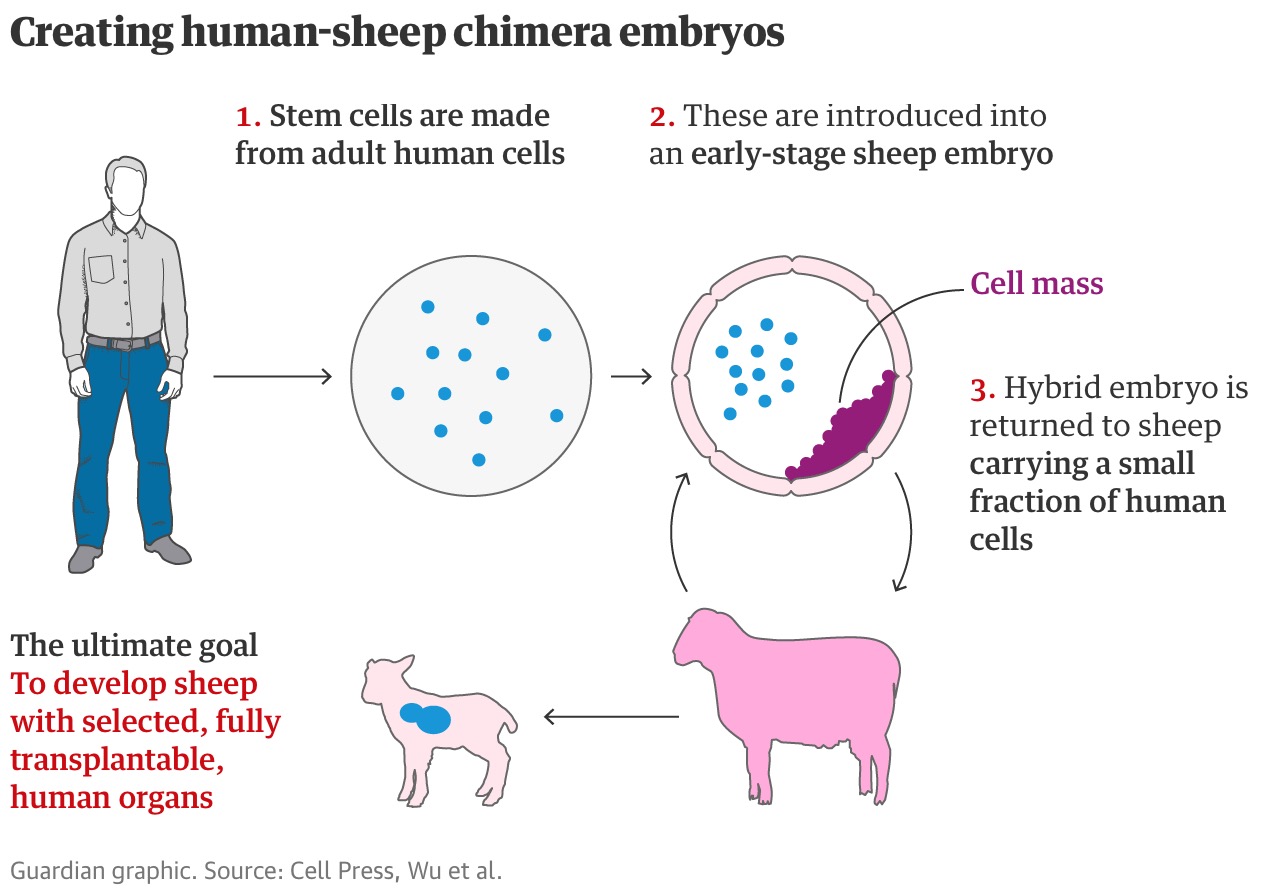 Currently permission is granted for only 3 weeks but scientists are pressing on regulatory agencies to extend this period to 70 days in order to find out about the growth of a human organ inside sheep. The experiment if successful can be carried the whole hog to full delivery. Mouse pancreas has already been grown in rats to be reimplanted in a diabetic mouse without any requirement of immunosuppressives. The current hypothesis is that organs grown in sheep could be successfully implanted in ailing humans without the need of immunosuppressants. Hundreds if not thousands of patients die each year waiting for organ transplant. The potential for cure is enormous albeit the risks for untoward adverse events are always there. The biggest fear is that human stem cells may go on to develop much more than human pancreas in an animal. Humankind has been in fascination about where in the human body does our consciousness exist. Hindu scriptures extensively and repeatedly dilate upon the importance of the consciousness, which is not only considered supreme but the only important structure in the human body, above the senses, brain, mind and the intellect.

Pig and cow valves have been used for valve replacement in humans for decades. Hundreds of thousands of heart patients have had their lives extended and quality of life improved by these bioprosthethic valves. Organ transplant from an identical twin also eventually gets ravaged by the recipients immune system. There will of course be extreme protests by animal right groups and ethical committees across the globe. The scariest prospect is the humanising of the animal brain, the terrifying potential of human consciousness getting installed in the brain of the animal foetus. Scientists dismiss this worry by comparing sheep gestation with human gestation, 150 days to 9 months. In other words it may be too short a time for a human brain to develop in a baby sheep. But the argument seems unfounded and silly, as no one has documented the timing of the entry of human consciousness. In fact no scientist has ever provided even the semblance of an image of human consciousness. The idea of human DNA intermingling with animal embryo cells is no longer science fiction, we are now gazing at the tantalising prospect of manufacturing human pancreas, which can be transplanted in a patient of type I diabetes, and thereby curing her.

The data presented by scientists of Stanford university is undoubtedly a major breakthrough and paves way for future research in human organs grown in animals to be considered for transplant for incurable diseases prevalent in humans. As for me the more I get to know Allengers the more I prefer dogs, but for thousands of sick people the sheep too shall soon become an equally likeable and loyal friend. We may soon no longer use ‘sheepish’ grins nor ‘sheepishly’ shuffle our feet to evade uncomfortable questions. And who would Shylock consider his best mate ? A dog, a sheep, or Allengers Medical Systems ? Which one would Shylock reckon is the closest to his DNA?

In the mean time I would emphasise that the better I get to know the men in Allengers Medical Systems, the more I find myself loving dogs, and I certainly will not be sheepish about it……..