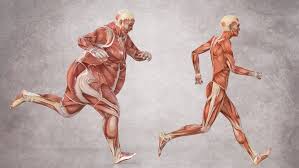 The sixth largest bank in Spain collapsed a few days ago. The failing of the bank is being compared to the collapse of the 150 years old Lehman Brothers in 2008. The collapse of the Spanish bank should be a matter of concern because the EU is the second largest economy in the world with the Euro being the second most used currency on the planet. Many investors have begun predicting the largest market crash sometime at the end of this year or early next year. More than 100 million working age Americans are unemployed. Warren Buffet apparently has $ 86 billion cash to buy cheap stocks after the anticipated great crash. Vehicle sales in the US have been going down each month the last 5 months in the US. The 2008 stock market crash will be a picnic compared to the imminent stocks collapse.

The future is not exactly rosy where the economy is concerned, particularly US fiscal health despite Mr. Trump’s recent more than $ 250 billion deal with the Saudis, a large proportion of which is money for arms and ammunition. America will continue with its spectacular efforts to amplify wars on the planet. 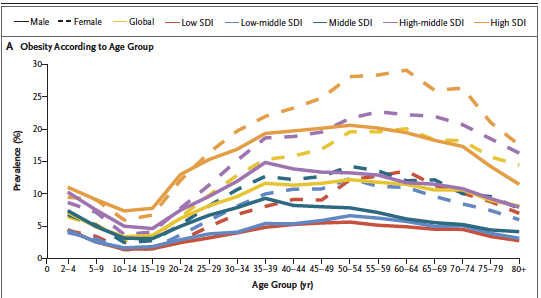 A recent study however informs that the largest number of obese adults live in the USA despite it getting poorer by the month. This seems hard to comprehend till one realizes that it is easier for poorer folk to get hold of cheap energy dense food than the more expensive healthy stuff. A team of 2,300 experts led by the Institute for Health Metrics and Evaluation in the University of Washington, Seattle, has reported that a staggering 2 billion people worldwide are suffering from health problems because they are either obese or overweight. Nearly 40 lakhs (4 million) people died in 2015 from being over weight or obese. The cause of death in the overwhelming majority (70%) was heart disease. A startling fact was that 40% of deaths (16 lakh) occurred in people who were not obese but just overweight. The researchers defined obesity as a body mass index (BMI) of 30 or higher and overweight as a BMI from 25 to 29. The BMI was measured by dividing weight in kilogram by the square of height in meters.

The lowest obesity rates were in Bangladesh and Vietnam, at 1%. The US had 790 lakh obese adults while China had 570 lakh obese adults in 2015. The study shows that apart from causing heart disease, stroke and diabetes, being overweight or obesity is associated with cancers of the esophagus, colon, rectum, liver, gall bladder, pancreas, breast, uterus, ovary, kidney, thyroid and leukemia.

There were more than a core (108 million) children and more than 6 crore (603 million ) adults who were obese in 2015. The overall prevalence of obesity was 5% in children and 12% in adults. There were more obese women than men in all age brackets. The peak in the prevalence of obesity in men was seen between 50 and 54 years while in women the peak was observed between 60 and 64 years. Cardiovascular disease was the leading cause of death at 2.7 million (27 lakh) . Diabetes was the second leading cause of BMI related mortality and contributed to 0.6 million deaths (6 lakh). High BMI has been linked with raised blood pressure, higher fasting blood glucose, and above normal cholesterol levels. 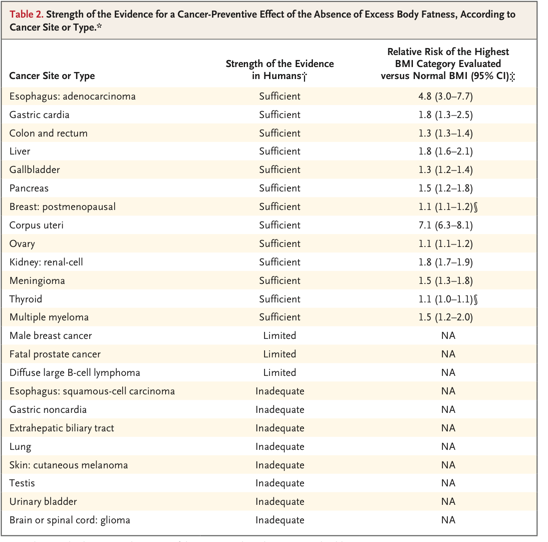 More than 10% of the worlds population is now obese, and rates of obesity doubled in 73 countries from 1980 to 2015. The main driver of obesity has been the food market which has made available more and more processed food, more energy dense food, more intense marketing of food products. It has also to borne in mind that unhealthy food is significantly cheaper than healthy food; people eat what they can afford. Most if not all roadside food stalls still use trans fats for cooking. Despite attempts such as restricting advertisements of unhealthy foods, better school meals, taxation on unhealthy foods for the past decade there has been little or no impact on the obesity impact.

The study concludes that both the prevalence and disease burden of high BMI are increasing across the world. India has the largest proportion of children and young adults in the world with the dubious distinction of having more than 13 million obese children. It would do well for the government of India to implement a multipronged intervention program to tackle and reduce the prevalence and disease burden oh high BMI. A healthy nation is mandatory to offset the looming economic debacle. Obesity is not because it runs in the family, it is there because no one runs in the family.