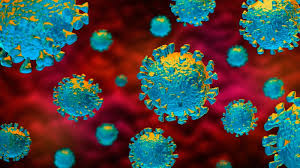 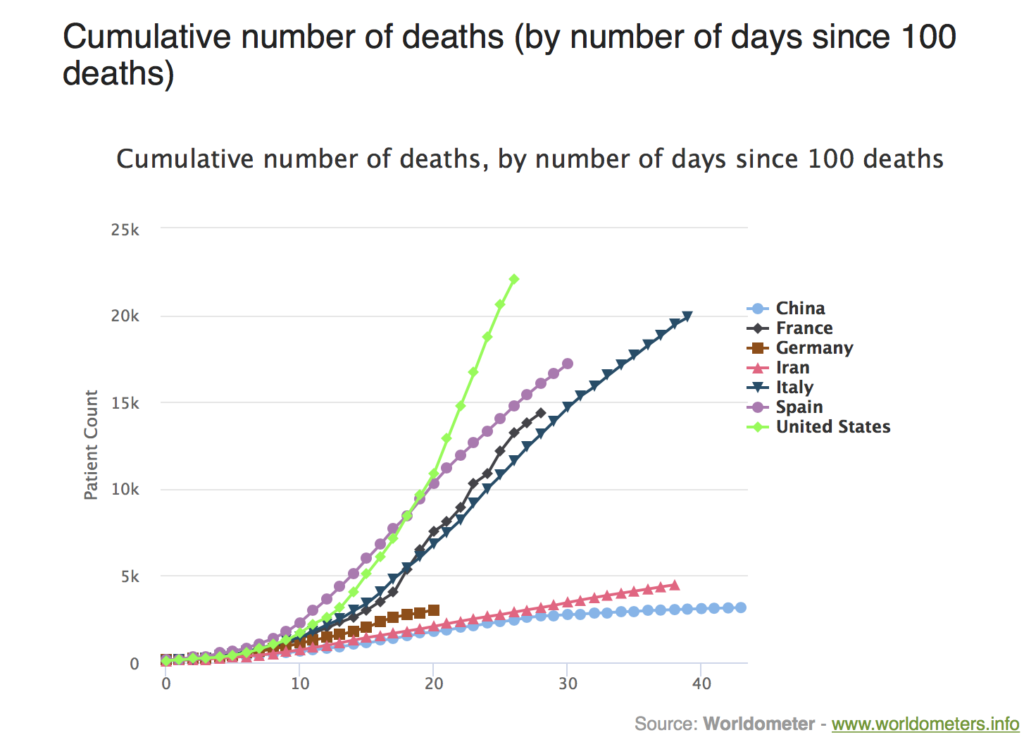 On the advice of a very wise friend I am adding the above graph that reveals number of deaths in the most affected countries over time. Starting point is 100 deaths; both Iran and China do not have more than 5000 deaths even after 40 days. The European countries however suffered greater casualties; Italy, Spain and France had 5000 deaths within 20 days. The American worm has a trajectory of almost 90 degrees, 5000 people died by about 15 days but another 15000 have died in the next 15 days. India, as we approach mid April ,has 7987 active cases with only 308 deaths (13th April 2020). This virus should have penetrated India almost at the same time as it has the rest of the world, certainly along with Europe if not weeks before. There was regular traffic between India and China in the months of January and February, so the virus should have arrived in India by then if not before especially as Delhi airport is one of the busiest airports in the world. Already the number of new cases picked up each day are plateauing despite significant ramping up of testing.

One must keep in mind that data published today on Covid-19 is becomes almost obsolete the next day. But the trend of elderly people and patients with co-morbidities being more vulnerable to the virus continues. Information from China on the effect of age and comorbidity initially came form China. Preliminary data from the US too follows this trend. Analysis of 7162 of 122,653 positive American reported as of 28th March that 37% patients had on or more underlying conditions or risk factor. Co morbidities were commoner in those requiring hospitalisation (71%) and intensive care (78%). The most commonly reported diseases were diabetes, heart disease, and chronic lung disease. The majority of deaths (94%) occurred in patients with underlying conditions. People older than 65 years with or without underlying conditions are at greatest risk for severe disease and death.

Today’s Guardian reports that almost 50% of deaths in Europe are occurring in care homes that house elderly people. The report quotes figures from an American care home in which the residents had mortality greater than 34%. The median age of the residents was 83 years. Interestingly no health care personnel albeit positive for the virus died; their median age 43 years. Younger age does seem to be an advantage. Care homes are vulnerable primarily because the residents are elderly, social distancing is not ideal, and the staff are not medically savvy.

On combing the continuously evolving data from across the world one can clearly see the Indian trajectory of Covid-19 is quite dissimilar to that of other countries. Although strictly speaking it is still a matter of conjecture but one cannot help but sense that younger age and warmer temperatures may have mitigated the impact of Covid-19 in India. Time alone will confirm the truth behind the stark difference in the behaviour of SARS-CoV-2 in India as compared to the West.