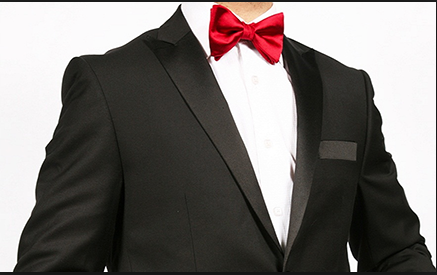 The presence of diabetes substantially alters prognosis and clinical outcomes after percutaneous coronary intervention (PCI). In recent years a number of studies comparing long- term efficacy and safety of various drug eluting stents (DES) have been published and the balance of evidence found to be substantially against the paclitaxel eluting stent (PES).

Yet another study has been published in the NEJM reporting better clinical outcomes with EES as compared to PES in patients with diabetes mellitus despite the authors conceding in their discussion that the PES has more or less has been largely replaced by newer generation stents across the globe. Kaul et al (1) demonstrate in almost 1800 Indian diabetic patients (randomized to PCI with EES or PES), that deployment of EES resulted in less mortality, myocardial infarction, and target lesion vascularization compared to PES (TUXEDO – India).

Sripal Bangalore who also happens to be the second author of the Tuxedo trial had recently quite elegantly in a mammoth meta-analysis involving patients with diabetes reported that EES was more efficacious and safe than all other currently deployed bare metal (BMS) or drug eluting stents (DES). In fact, it was observed that EES were probably 87% more effective and mitigated stent thrombosis (ST) by 62% as compared to all other stents. The meta-analysis included 42 trials with 22 844 patient years of follow up. Everolimus eluting stents in diabetic patients were found to be more efficacious than PES or zotarolimus eluting stents.

The Tuxedo trial close on the heels of previous trials demonstrating superiority of EES over PES unsurprisingly does not evoke any sense of additional information in strategizing on PCI in patients with diabetes. One does however get a feeling that yet another industry supported trial applauding its own device as compared to a stent that has largely been relegated to a chapter in PCI history, has been published by the NEJM. Bangalore et al have already shown significant advantage of EES over PES in target vessel revascularization (TVR) and target lesion revascularization. In addition probability analyses revealed an 87%, 81% and 62% that EES had the lowest rate of TVR, myocardial infarction and ST (2). Sirolimus eluting stents (SES) too have been shown to be superior to PES in randomized trials conducted in patients with diabetes (3-5).

The TUXEDO-India investigators at the end of one year concluded that PES was not non-inferior to EES, and that there was significantly greater target vessel failure, spontaneous myocardial infarction (MI), stent thrombosis and target lesion revascularization with PES. They go on to extrapolate based upon their findings that results of the FREEDOM and BARI 2D trials could have been different had they used EES instead of PES or other older generation DES and BMS. They however fail to acknowledge that the FREEDOM trial (largest randomized study of coronary artery bypass surgery with PCI in diabetic patients) despite using earlier generation DES failed to demonstrate significant reduction in cardiovascular mortality with cardiac surgery. The FREEDOM trial had concluded that cardiac surgery was superior to PCI in patients with diabetes and advanced coronary artery disease and that it significantly reduced rates of overall death and MI with a higher rate of stroke. Nineteen hundred patients had been randomized to PCI or cardiac surgery in the FREEDOM study.

The TUXEDO-India investigators had only 3% and 4% patients with 3-vessel disease respectively in the PES and EES groups, while the bulk of patients (more than 70% in each cohort) had one-vessel disease. The FREEDOM trial, on the contrary, included diabetic patients with advanced coronary artery disease who had an average SYNTAX score of 26 while the average numbers of lesions demanding treatment were more than 5.6 in both surgery and PCI groups! Almost 20% of patients in both groups of the FREEDOM trial had a SYNTAX score exceeding 33.

The TUXEDO-India investigators too have been unable to show significant reduction in mortality with EES compared to PES, and hence extrapolating that results with EES would be different when to cardiac surgery could be a case of stretching matters beyond credulity. There was moreover no significant difference in death or MI, or in cardiac death or MI, with EES compared to PES in the TUXEDO study, despite having significantly better glycated hemoglobin of 8.18% vs. 8.40% in the group assigned to EES.

A significantly better glycated hemoglobin level in the cohort of diabetic patients assigned to EES mandates exploring interactions of anti-diabetic drug therapy with newer generation DES. A recent randomized trial reported significantly (7) reduced mortality and hospitalization for heart failure with empagliflozin as compared to placebo over and above standard anti-diabetic drug treatment.The authors have reasoned that lesser mortality and heart failure in the treated group, without substantial differencence in glycated hemoglobin may be due to multiple mechanisms involving changes in arterial stiffness, altered cardiac oxygen demand, reduction in albuminuria and uric acid, reduced blood pressure and mitigation of visceral adiposity. The study involved 7020 diabetic patients who were treated with 10 mg or 25 mg of empagliflozin or placebo once daily. Empagliflozin is an inhibitor of sodium-glucose cotransporter 2.

The TUXEDO-India investigators subjected almost 20% of diabetic patient with lesions between 50-70% stenosis to PCI (almost 400 patients), while more than 13% asymptomatic patients underwent intervention. The authors need to clarify their decision-making processes in these cohorts of patients. Crucially, did they employ FFR to identify physiologically relevant stenoses necessitating PCI in such patients? A positive stress test in a sub-70% coronary block may merely reflect micro-vascular disease rather than significant stenosis of an epicardial artery.

It would be noteworthy to note the absolute reductions in clinical events with EES compared to PES in The TUXEDO trial.. Cardiac deaths after a year were identical in both groups (16 died in each cohort). At 1 year rates of target lesion/vessel revascularization were more with PES (3.4% versus 1.2%) providing an absolute difference of 2.2%. This means that almost 50 diabetic patients will be needed to treated with an EES over 1 year to prevent one target vessel revascularization procedure without any significant reduction in mortality. Spontaneous MI’s were reduced from 3.2% to 1.2% with the use of EES, an absolute difference of only 2% and thus patients needed to treat would be 50 to prevent an MI without significant drop in deaths with an EES as compared to PES.

The TUXEDO-India investigators therefore need to conduct an adequately powered randomized trial comparing cardiac surgery with PCI deploying EES in patients with diabetes and multivessel disease before drawing hypothetical inferences based upon their data on the FREEDOM trial. This Maharaja despite  not wearing a tux has successfully breached the editorial board of the New England Journal of Medicine. A case of industry sponsored propulsion?