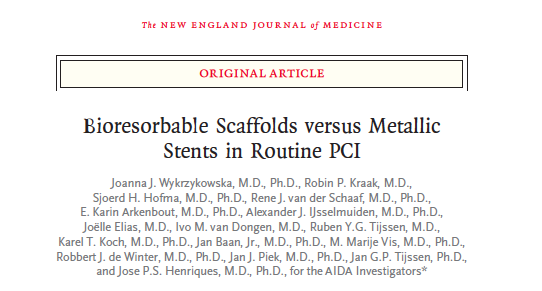 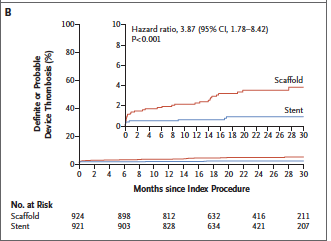 The bioresorbable Absorb scaffold considered the holy grail of coronary intervention is now being pulled out from the commercial market in Europe. The stunning news is the culmination of sticky data emerging from recent randomized trials assessing the bioresorbable vascular scaffold (BRS), that have revealed that with this generation of BRS both efficacy and safety are questionable.

This moreover, is a preliminary analysis from the trial because of premature termination due to safety concerns. The increased device thrombosis seen in the IADA trial has been reported earlier in 2 randomized trials and in several meta-analyses.

A meta analysis of 4 randomized trials showed a higher rate of device thrombosis than with metallic stents (relative risk was 2.09; p=0.08). Target vessel myocardial infarction too was raised significantly in the scaffold device group. 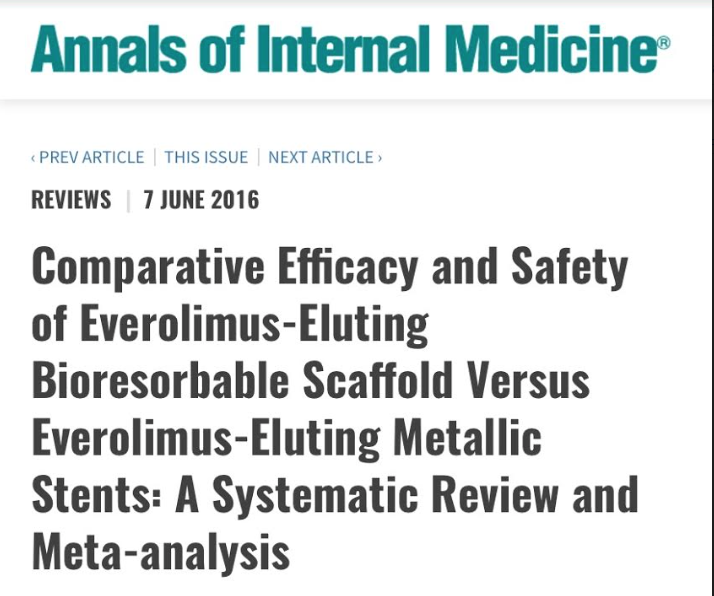 A systemic review of 6 randomized trials and 38 observational studies has also shown higher rates of device thrombosis than with metallic stents (odds ratio for device thrombosis 2.32; p=0.04) and myocardial infarction (odds ration 2.09; p= 0.007). Hence the need for more contrast use, greater fluoroscopy time during device deployment, with need for more hardware for the procedure add to disadvantages of BRS deployment against the background of significantly greater thrombosis. The vessel has to be predilated with a non compliant balloon (1:1 balloon –artery ratio), sizing has to be confirmed by IVUS or optical coherenece tomography (OTC) or quantitative coronary angiography and post dilation up to 0.5 mm larger than the nominal scaffold diameter is considered mandatory.

Prolonged dual anti-platelet therapy (DAPT) is recommended with BRS, and was indeed recommended by the safety board of AIDA. Extended duration of DAPT invariably comes with the price of greater bleeding. 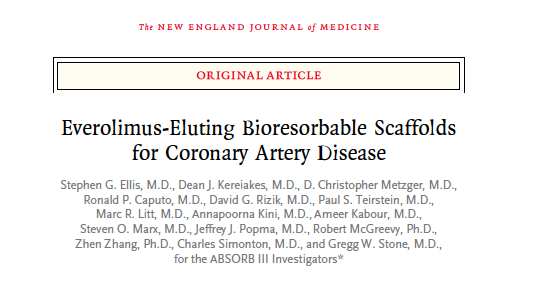 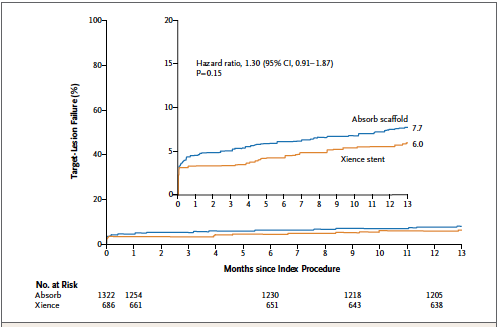 Drug eluting stents (DES) have for long become standard treatment in acute coronary syndrome. But DES are hampered by neoatherosclerosis that can cause late stent thrombosis (rate of 0.1% to 0.2% per year), there can be repeat revasularization (rate 2% to 3% per year), and because they are rigid metallic tubes they compromise vasomotion. These are the primary reasons for development of the bioresorbable scaffold. But for now the first generation scaffold have failed to live up to their promise both for safety and efficacy.

The causes of higher rate of device thrombosis could be the large size of the struts (150 microns) that are associated with associated with blood flow alterations and thrombogenecity. Incomplete lesion coverage, malapposition, or under deployment also play a role in greater thrombogenecity. Hence newer generation devices with thinner struts, greater radial strength and quicker dissolution could cover up the inadequacies of the current bioresorbable scaffold.

The company has rightly withdrawn the device from the commercial market in order to sort out the problem of increased thrombosis. The device will be continuing to be used in ongoing registries. Strangely the Absorb device continues to be marketed in the USA and also India. Ironically almost the entire interventional cardiology world had been raving about the bioresorbable scaffold for the last 5 years. It is now back to the drawing board to fix the safety issues, and the answers will take a long time coming out. Till then the best bet should be the newer drug eluting metallic stents for routine percutaneous intervention and treatment of acute coronary syndromes.