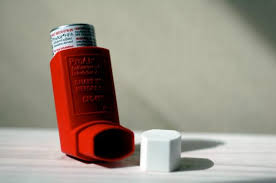 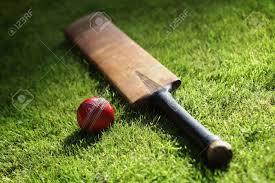 I wonder if you noticed that at least 3 cricketers in the last 2-3 years developed a sore throat, requiring a cough syrup. Sore throats are pretty common , last 5- 7 days, with a virus being usually the cause. It really needs no treatment as the course is self limiting. Drinking warm beverages or warm saline gargling brings considerable relief. A pain killer can be taken in case of excessive discomfort, but never give aspirin to a child ( as this may trigger Reye’s syndrome). But our cricketers were found to have taken terbutaline by the BCCI ( the exalted Indian cricket board), which then slapped bans effective from a back date. So an 8 month ban actually became effective for as little as 4 months. No wonder the Sports Ministry of the government of India has tried its best to make the BCCI realise that it cannot be jury and executioner, not cannot and should not check for banned performance enhancing drugs on its own and then slap strange back dated bans on the culprits. There is obviously a conflict of interest apart from the fact that the testing may neither be robust enough or worse the burden not large enough. Apparently a little ore than 200 samples were sent by the BCCI to a national doping laboratory that detected 5 positive samples; there is no record of how these 5 cricketers were dealt with; or whether they were dealt with at all. The sports ministry is therefore keen to bring the process of checking for doping under the National Anti-Doping Agency or NADA, which operates under the regulatory authority of WADA or the World Anti-Doping Agency. Every Indian sport federation is subject to NADA’s testing; the BCCI insists for some strange reason to be outside NADA’s ambit. It believes that its own system for checking doping is robust enough.

A sore throat may be because of streptococcal bacteria , in which case an antibiotic is administered to resolve the infection. This too rarely lasts a more than a week. There is neither science nor logic in administration of terbutaline to an athlete for a sore throat. Remarkably Mr Yusuf Pathan when nabbed with terbutaline in his urine sample , in all wisdom confessed that he had to take terbutaline for a sore throat; the BCCI as customary handed him a back dated ban. Mr Pathan made a statement of how proud he was to play for his state and his Motherland. One can only hope that he does not use terbutaline again while playing for the next edition of the IPL. Or at least does not get caught.

A few days back there was news that young Prithvi Shaw too was caught with terbutaline intake. He too has been handed a back dated ban by the BCCI, and will resume playing cricket in November this year. He too must have suffered a sore throat, took terbutaline for it, got caught for the violation, and surely must have dished out a skin deep regret. Importantly the boy was the captain of the under 19 Indian cricket team in the last Under 19 world tournament. In both these cases the BCCI was quite satisfied by the evidence provided by the culprits and external expert advise to slap the weak anaemic bans. The third player is a wicket keeper batter from Punjab.

Why would a cricketer be punished rapped gently on the knuckles for consuming terbutaline? The answer is quite simple. Terbutaline is a medicine classified a bets 2 agonist that is used for asthma and chronic obstructive pulmonary disease. Asthma is chronic inflammatory disease involving the tubes of the lungs via which we carry inhaled oxygen for transfer into our blood steam and thereby to all the tissues. People with asthma have hyper-responsive lung tubes that tend to constrict quite badly making the patient breathless. In sever cases one can hear the wheeze without employing a stethoscope. A severe asthma attack can be perilous. Traetment largely consists of preventing inflammation by using corticosteroids and beta 2 agonist drugs. Salbutamol and terbutaline are short acting beta 2 agonists or LABAs, while salmeterol and formoterol are long acting beta 2 agonists (LABAs). Patients with asthma are prescribed inhalers with a corticosteroid or a SABA/LABA; or a combination of the 2 class of drugs.

Some years ago it was realised that beta 2 agonists not only keep lung tubes dilated but can also increase muscle strength and power. There is reasonable credible evidence that oral terbutaline is not only ergogenic but can also improve endurance by increasing ones ability to work muscles in absence of oxygen (anaerobic threshold). No wonder there have been scandals with cyclists getting nabbed for having terbutaline in their urine.

An athlete can use a beta 2 agonist if he has a therapeutic use exemption (TUE) certificate confirming she is suffering from asthma and hence is using an inhaler with a SABA or a LABA. But WADA mandates thresholds for beta 2 agonists, meaning that the athlete cannot use supra therapeutic beta 2 agonist by an inhaler. There is however no threshold set for terbutaline. This means that having got a TUE for terbutaline the athlete can go on to take in high doses of oral terbutaline to hit a ball harder. The TUE certificate can be issued subsequent to an objective lung function test confirming reversible bronchospasm. 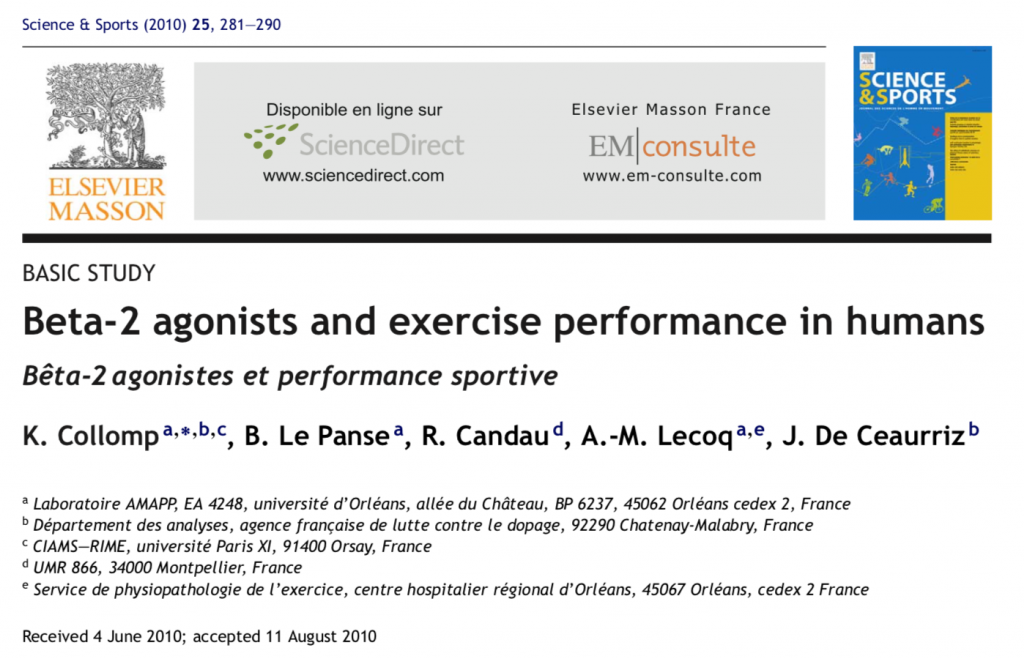 This year a record number of home runs have been struck in MLB or Major League Baseball, the 2017 record will most probably be smashed by more than 1000 homers this year ! Despite repeated assertions by the organisers of MLB that they have the most stringent anti doping tests in the world there are strong murmurs gaping around that anabolic steroids in some form or the other are being used by most players. Doping with anabolic and growth hormone was common place in Major League Baseball for more than 13 years before the BALCO scandal finally compelled the organisers to put some sort of anti doping testing in place. It is however believed that anabolic are now being used more cleverly in smaller doses to beat the anti doping system. This may consist of a lozenge or a cream carrying a designer anabolic steroid that cannot be detected by the most sophisticated testing machinery. An expert has suggested that players be tested in the dead of the night or at dawn to pick up violation.

The problem is that sports today has become an industry, a big business enterprise. It is no longer about ethics, probity, discipline, perseverance, or fair competition. Sports today involve millions of dollars, maybe billions of dollars. The IPL is there right on the top.The prospect of earning a 10,000 dollars in one game can tempt quite a few to steal a shortcut. The chances of getting tested are remote, and with clever medical advice you could even get a designer beta 2 agonist undetectable by any test so far. Baseball needs more brute strength for the batter and the pitcher, hence the need for growth hormone and anabolic. The biggest six hitter in the last IPL has been Andre Russel who was handed a one year ban for avoiding 3 anti-doping tests in one year. The excuse provided by Mr Russel was that he was not well versed with the rules and he of course is a “clean athlete.” Mr Russel is a blob trotting T20 expert who plays T 20 tournaments in India, Australia, Carribean and even Pakistan. The ban made him “humble”, said Mr Russel. Its a different matter a juiced up Mr Russel carries on to earn millions . The commentators almost salivate while describing the big mans muscles. The franchise owners don’t care a fig how big a cheat they have playing for them, because in the final analysis its all about lucre and greed. Indians love their cricket which is the closest they can get to contemporary mythology. 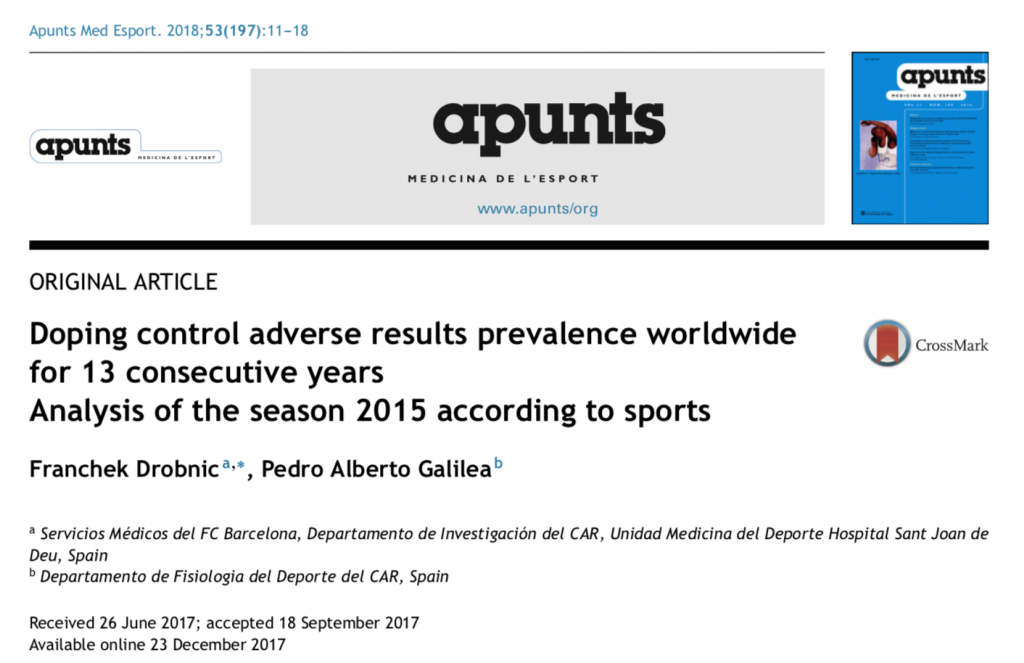 Rugby gets the maximum adverse doping reports in Britain, closely followed by football, weight lifting, power lifting. Athletics, boxing, cycling are not too far behind, but athletics doping revelations get maximum publicity. There is long list of banned substance cited by WADA, but usually half of sportsmen caught have taken an anabolic steroid, 15% have consumed a stimulant and 13% have taken a masker ( a drug such as a diuretic to hide intake of the other enhancer). Around 4-6% have been caught with terbutaline. These figures albeit published are from from reality. Actual prevalence of performance enhancing drug (PED) intake must be much higher. Detection is near impossible with newer generation or “designer” drugs.

It is fervently hoped that cheaters do not use terbutaline in the future, it may not be dangerous, but is quite clumsy and silly. If used, the sportsperson should claim to have asthma or even exercise induced asthma, get a TUE certificate to justify terbutaline. Astonishingly there are reports that 70% of the British swimming team has exercise induced asthma. The blame is on the chlorinated swimming pool; it may be possible the aim was to get a TUE for a beta 2 agonist. Remember there is no threshold or upper limit for terbutaline, unlike the other beta 2 agonists. Or just make fiends with a baseball pro to get a sample of a designer anabolic steroid, which would be far more effective than terbutaline for strength, endurance, and recovery from injury.

So the nest time you witness a humorous six soaring though the sky, or a ferocious cove drive that leaves the fielders paralysed, do not blame a rarified atmosphere, or a juiced up ball with reduced shear, or a heavier bat ( as the commentators do) but instead spare a thought for that cough syrup or cream. If you go on to find a TUE certificate then you are spot on. Russian hackers could be assigned for confirmation.  In the meantime Imagine the impact of PEDs in t T20 cricket, which comes closest to baseball.