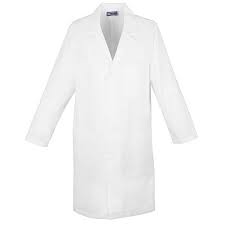 I was amused on learning that a senior administrator of a large private hospital in Delhi publicly expressed his dismay on consultants not wearing white coats while on duty. His anguish apparently was perceptible, he sincerely believed that insisting on doctors putting on white coats was the done thing. Check out medical marketing websites and you will be struck by the number of photographs off doctors with white coats, but than getting snapped with a white coat for a website is completely different from putting on a white coat in a hospital. Most administrators and also doctors in this country are blissfully unaware that white coats are not permitted in the United Kingdom and frowned upon by most hospitals in the West. In fact while coats got banned by the government in the UK more than a decade ago, not just last week. No doctor is permitted to slip into a white coat whilst on duty in England. Neither is she or he allowed to wear a watch, a tie, a bracelet or a ring. The reason is quite scientific, it is impossible to avoid settling germs on the white coat. Importantly less than 1% of medical personnel get their white coats washed every alternate day or even once a week. More than 15% white coats were found to harbour the deadly round bacteria named staphylococcus aureus, including the infamous methicillin resistant staph aureus (MRSA). More than 40% of white coats were found to be infected by gram negative rods. A randomised trial clearly showed that coats with long sleeves had significantly greater association with viral DNA transfer than coats with short sleeves. No wonder most Western hospitals insist that doctors go around with their responsibilities in scrubs or half sleeve shirts. If a tie has to be worn it should be a bow tie. Scrubs are mandatory in the intensive care units, for obvious reasons of sterility. Walking around computing blood reports and blood gas reports while examining patients in white coats would be worse than hazardous it would be deadly. Patients in the ICU are sick, weak and severely immune compromised. The last thing they need is a cross infection spread by a shirt or a white coat sleeve. It is time a “ bare below the elbow policy “ is adopted in our hospitals too. This would be easy during hot summers but a difficult to employ during winters of north India. Undoubtedly the white coat has been a symbol of skills, privilege, dedication and right training. A lot of patents still do respect white coats on a doctor, but in the final analysis once explained to her the patient would always prefer compassion, knowledge and less fear of becoming an unnecessary victim of cross infection from another patient or the good doctor himself. And then there is “white coat hypertension” in which almost 30% of patients with hypertension have their blood pressure shoot up by almost 30-40 mm Hg when confronted by a doctor with a white coat. The same patient has a significant drop in blood pressure on reaching home. Yes, the white coat can be quite intimidating to quite a few. Ironically the white coat was established to prevent infection being transmitted to patients and the doctor herself. The hard truths are that white coats are teeming with deadly pathogens; these germs can be transmitted to the patient by the doctor, and visa versa.

More than 25 million people (2.5 crores) suffer from heart failure (HF); and about half of them have heart failure with reduced ejection fraction (HFrEF) or systolic HF. Reduced ejection fraction implies that that the heart is unable to pump out blood with adequate force, and hence less blood is pumped out. In order to improve its function the heart tends to enlarge, and thereby increase force of contraction, this is also called remodelling. This remodelling alas is unsuccessful and if left untreated the heart can become as big as a football, before finally succumbing to death. The only drugs to stop this enlargement or remodelling of the heart are ACE inhibitors and ARB’s or angiotensin II receptor blockers. Note that ACE inhibitors or ARB’s are only capable of stopping or arresting the remodelling, but significantly improve quality of life and also reduce mortality. Beta blockers on the other hand also cut death rates of patients with HFrEF, but also have the ability to reverse remodelling, which means a beta blocker can actually shrink the failing heart to a certain extent. The champion device to reverse remodelling of the failing heart is the bi-ventricular pacemaker or cardiac resynchronisation therapy (CRT); a fairly complex and expensive procedure not without it’s share of morbidity and complications. 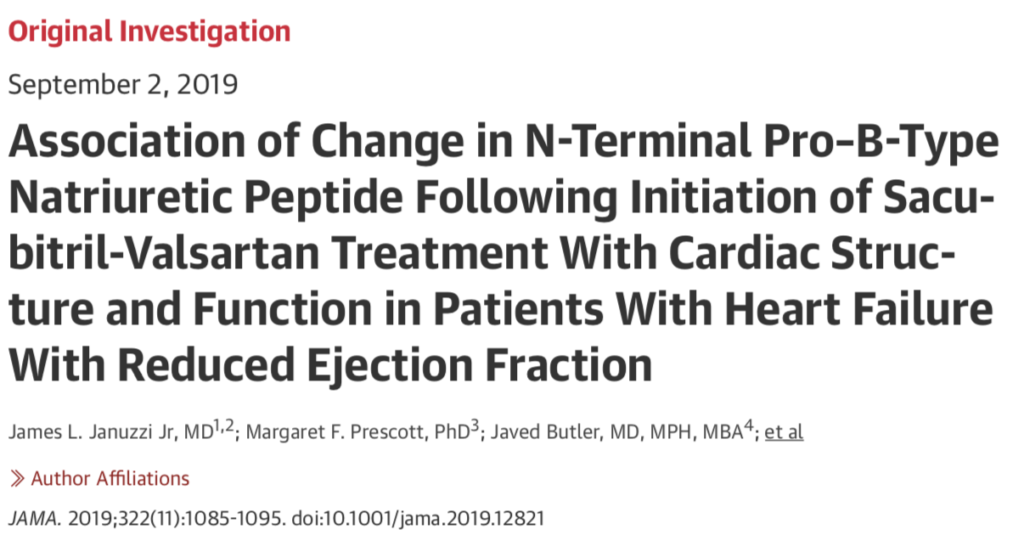 A recent observational trial has thrown up a tantalising challenge to CRT. The new combination drug consisting of valsartan (an ARB) and sacubitril (Neprilysin inhibitor) has shown significant increase left ventricle ejection fraction (LVEF) along with substantial reduction in left ventricle volumes. The PROVE-HF trial enrolled 794 patients with HFrEF, NYHA II-IV and followed them for a year. The biomarker N terminal pro B type natriuretic peptide (NTpBNP) an indicator of left ventricle stretch fell from 816 pg/ml to 455 pg/ml by 12 months, importantly the fall in NTproBNP levels was correlated with reduction in left ventricle diastolic and systolic volumes. Left ventricle ejection fraction increased from a median of 28% to almost 38% (p < 0.001). We now know the reason for the significant reduction in cardiovascular mortality and heart failure admissions with valsartan-sacubitril in the large double blind randomised PARADIGM heart failure trial, as compared to enalapril. Based on the clinical outcomes of the PARADIGM trial valsartan-sacubitril has become a class I indication for patients with systolic Hf or HFrEF. In the PROVE-HF trial fall in NT-proBNP levels was rapid and occurred within a fortnight, with the valsartan-sacubitril combination drug particularly effective in patients with new onset heart failure. Even sub optimal doses were effective. Crucially more than 95% of patients were on beta blockers and almost 70% had been on an Ace inhibitor or an ARB; while 30% were on a mineralocorticoid receptor antagonist. The LVEF increased on an average by 5.2% by 6 months and 9.4% by 12 months. Around 25% of patients had an absolute increase in LVEF by 13% or greater by one year. A major limitation the trial is its observational nature that creates a doubt whether the valsartan-sacubitirl combination alone is responsible for the substantial rise in ejection fraction(JAMA. 2019;322(11):1085-1095. doi:10.1001/jama.2019.12821). The most frequent adverse effects were hypotension (18%), dizziness (17%), hyperkalemia (13%) and worsening kidney function (12%). But the important thing to remember is that an intervention that reverses remodelling of a failing heart dramatically cuts down mortality. The PROVE-HF had 30% females studied and median age of all patients was around 65 years; and 30% patients were black.

I would most certainly wait for a while before implanting a bi-ventricular pacemaker in a patient with HFrEF who can tolerate tablets of valsartan-sacubitril. But one has to hope that the valsartan in the combination pill used in the HOPE-HF trial and available in the market is not manufactured in China or India. Also what could be the boost to the left ventricle ejection fraction if both valsartan-sacubitril and bi-ventricular pacing are used in a patient with systolic heart failure?