I had wanted to write on the treatment of acute coronary syndrome-unstable angina, but I woke up this morning to learn that the world had turned more unstable, than it had ever been since World War II. Donald Trump has scrapped the Iran Nuclear Deal not because he did not consider it worthwhile but probably more because it was the singular foreign policy achievement of his predecessor. Obama was rightly proud of the Iran Deal because it has stopped the Iranian nuclear program . Iran was no longer feverishly making a nuclear bomb, it had cut down its centrifuges from 20,000 to around 500, uranium stockpile had been reduced from 8 tons to just 4%. Crucially verification by international atomic energy agencies were considered “robust”, which means Iranian nuclear establishments were open to inspection whenever necessary. Trump by reneging on American promise will instigate the Iranians to pursue their making the atom bomb program with a vengeance despite any form of sanctions. The Middle East may once plunge into wars, American lives put to danger, and above all put India in a delicate and vulnerable position.India buys considerable amount of oil to fuel its economy from Iran, and that too not in Dollars but Euros. Why would the North Koreans believe the Americans on any deal? Trump has already reneged on the Paris Climate and Trans Pacific Partnership trade deals. Some now say that Americans rarely take deals signed by them seriously. The Brits, French and Germans are scrambling to salvage the fractured deal. Mr. Putin is yet to issue a statement. The world waits with bated breath for the Iranian response. Do the Iranian resume their military nuclear program? Does the position of their moderate president become untenable? Do the hard liners in Iran strengthen their grip over their government?

We however ned to concentrate on acute coronary syndrome. Acute coronary syndrome (ACS), apart from ST segment elevation myocardial infarction (STEMI), consists of unstable angina and non ST segment elevation myocardial infarction (NSTEMI). Unstable angina is worsening stable angina that occurs more frequently, on lesser exertion or at rest. Unstable angina is not associated with a rise in troponin levels or other cardiac enzymes but has ECG changes of T wave invasion or ST segment depression. Troponion and cardiac enzyme levels are raised in NSTEMI. Routine coronary angiography followed by PCI if needed has been shown to provide improved clinical outcomes by multiple randomised trials. The optimal timing for intervention in patients with unstable angina or NSTEMI was clarified by the large TIMACS trial. TIMACS randomised 3030patients with ACS to undergo either routine early intervention (less than 24 hours) or delayed coronary angiography more than 36 hours after randomisation.The primary outcome was death, myocardial infarction or stroke at 6 months. The secondary outcome was death, myocardial infarction o refractory schema at 6 months. Primary angiography was performed in 98% of the early intervention group (median time, 14 hours) and 96% in the delayed intervention group (median time ,50 hours) . At 6 months there was no significant difference in the primary endpoint. There was a 28% relative reaction in secondary endpoint of death, MI or refractory schema in the early intervention versus delayed intervention group, which was significant (10% versus 13%, p=0.003). Early intervention improved outcome in patients at highest risk (one third) but not in the intermediate o low risk groups.

Primary PCI results in better clinical outcomes the sooner it is performed in patients with STEMI, as the infarct related artery is usually totally blocked. In unstable angina and NSTEMI, the coronary artery is usually patent without on going transluminal ischemia and the patient may have a god response with initial medical treatment. The TIMACS study ( N Engl J Med 2009;360:2165) however echoed the findings of earlier trials advocating a routine invasive strategy in all patients of ACS, and also suggested that intervention as early as 14 hours post randomisation in high risk patients could reduce the primary outcome of death, MI or stroke at 6 months. The secondary outcome of death , MI or refractory schema was reduced in all patients with ACS. Refractory ischema increased the risk of MI 4 folds. There was no difference in bleeds or complications in the early intervention compared with the delayed intervention group in the TIMACS trial. Risk was based on the GRACE score, a risk score of more than 140 was considered high risk. The GRACE score was derived from variables that included age, heart rate, systolic blood pressure , Creatinine level, KILLIP class, cardiac arrest at admission,presence of ST segment deviation and elevated cardiac biomarkers (www.outcomes.org/grace).

In the United States more than 10 lakh people are hospitalised with unstable angina or NSTEMI in a year. These patients are risk stratified using either the GRACE score or the TIMI risk score. The TIMI risk score uses 7 variables for stratification; age > 65 years, 3 or more risk factors for atherosclerosis, known coronary artery diesase, 2 or more anginal episodes in previous 24 hours, use of aspirin in the week before hospitalisation, ST segment deviation of half a mm or more and elevated serum makers for cardiac necrosis (troponin or CPK-MB). Having established the risk status of a patient with ACS, medical therapy is begun regardless of the risk score. Antianginal drugs, anti platelet medication and a statin are given to all patients unless contraindicated. Early angiography followed by PCI if needed seems to be the treatment of choice. There is little point in waiting for several days in order to stabilise the recently ruptured plaque and lowering the risk of procedure related complications. The process of “watchful waiting” is to be avoided as it is done in facilitated PCI for patients with STEMI. Early angiography is recommended in patients with high risk; a GRACE score of >140 that indicates a 20% incidence of in hospital-death or MI.

Every meta analysis on patients with ACS has shown significant reduction in refectory schema with early angiography. One of the largest meta analyses of 7 randomised trials (of 5370 NSTEMI patients) and of 4 observational studies in 77,000 patients compared an early (<24 hours) with a delayed invasive strategy. The results of the randomised trials showed no significant difference in death or MI but the early invasive strategy lowers risk of refractory schema from 7.3%% to 3.8%, OR 55 , p=0.008 ( Ann Internal Med 2013; 158:261-70).

Treatment of NSTEMI and unstable angina albeit complex is easier than managing a shattered Iran deal. We have a protocol that is reasonably effective and distilled for us by randomised trials in such patients. The protocol may not be perfect but is usable. The Iran deal too was far from perfect but was workable. Moreover rigorous inspections had confirmed the Iranians were upholding their part of the bargain. The Iranians for all practical purposes Humankind has obviously forgotten the death and destruction inflicted by the 2 great wars of the last century. Those generations have died and there is no one to provide us the graphic details. War films screened in air conditioned multiplexes instead of conveying the horrors of battle do quite the positive; they tend to titillate and actually leave you thirsting for war. The last Great War took place more than half a century ago. No wonder people aspire for prosperity rather than peace, forgetting the fact that there can be no prosperity minus peace. A GDP could increase in a climate of violence and confrontation, but a sense of well being may be a far cry. Man today across the globe is longing for war. The West is riddled with ethnic nationalism whereas large swaths of territories are simmering in religious sectarianism. One strange fact common to New York and New Delhi till before 9/11 was that neither had been bombed or strafed by an enemy. Delhi never has been. The wars fought by post independent India have largely or only been on its borders. Maybe that’s the reason for the missing aversion for war in the mega cities of India.

Making predictions, predictably, can be an odious undertaking. There are reasonable data for anticipating clinical outcomes with an early invasive strategy based upon the risk profile of a patient of NSTEMI or unstable angina. To predict the Iranian response to American unpredictability, however, shall be more difficult . Predictions do go awry. We should know, as we still wait for the storm that never hit Delhi despite loud promulgation by the print and electronic media for the last 72 hours.

India has been pushed into a very tight spot, having invested $ 500 million in the Chabahar port project 9 on the Gulf of Oman). Chabahar provides access to Central Asia and Afghanistan, and thereby would allow India to bypass Pakistan. India is the third largest consumer of oil in the world while Iran is the third largest supplier to India after Iraq and Saudi Arabia. The price of oil and gas is supposed to increase by 20% this year, in the event of American sanctions this could go up significantly further up. India, if it cosies up to Iran, will face the wrath of Trump, and if it appears to align with the US it risks jeopardising import of oil from Iran as well as its geopolitical presence. No wonder CNN’s Christiane Amanpour called Trump’s decision ” possibly the greatest deliberate act of self harm and self sabotage in geo-strategic politics in the modern era.” This time it is not the mad Mullahs who have violated the  international nuclear agreement but the culprit is the supreme commander of the most powerful nation on the planet 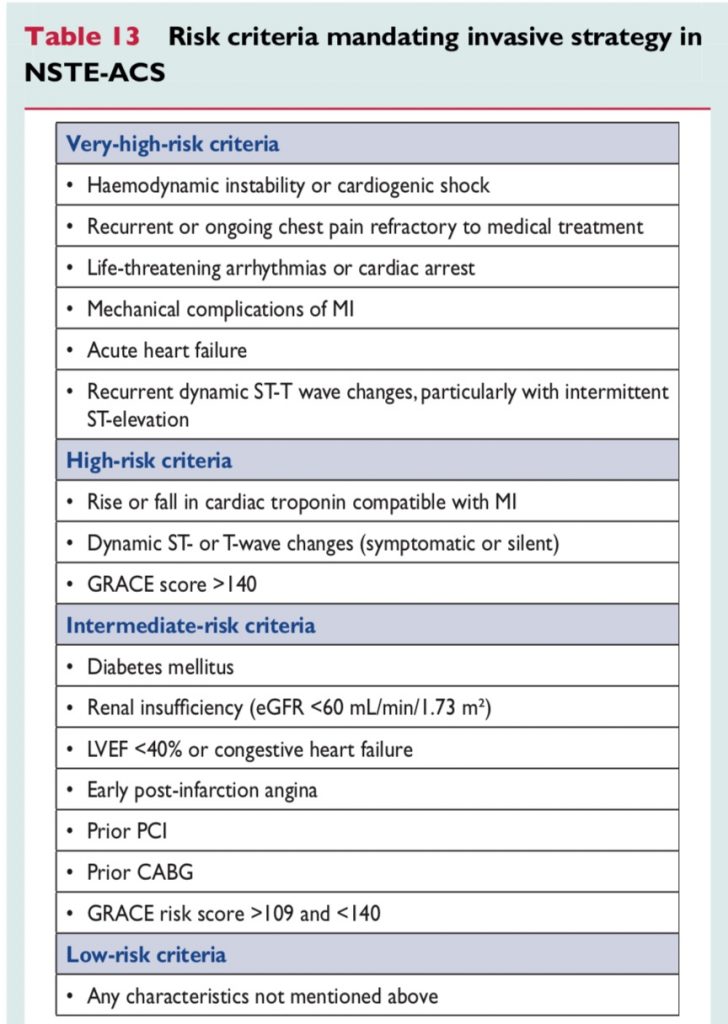