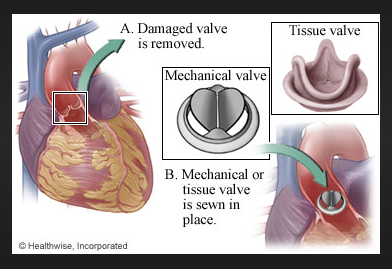 Calcific degenerative aortic stenosis (AS) is a common acquire valvular disease largely affecting older people. There is restriction of leaflet mobility due to valve calcification leading to outflow obstruction. We have known for almost half a century that the natural history of valvular aortic stenosis includes a long asymptomatic during which there are few morbid events, followed by symptoms of angina, syncope and shortness of breath that predict a high mortality rate. It was confirmed over the next 4 decades that 50% of symptomatic patients managed without surgery dies over 2-3 years. But asymptomatic AS carried a low mortality rate even if severe (peak aortic velocity of >4 m/s, mean gradient across aortic valve of >40 mm Hg, or aortic valve area < 1.0 cm2). There were no deaths in a cohort of 123 asymptomatic patients with AS followed for 2.5 years (Otto et al). Only one patient suffered sudden death in a series of 116 asymptomatic patients with very severe AS (V max > 5m/s). Hence AS is a slowly progressive disease with survival during the asymptomatic phase quite similar to that of age matched controls with low risk of sudden death. The potential benefit of aortic valve replacement (AVR) in asymptomatic severe AS has not been observed to outweigh the risk of operative death. Hence guidelines recommend waiting during the asymptomatic phase and AVR once symptoms set in.

Recommendations for not intervening in asymptomatic AS are however based on small single center studies. There is no large-scale study comparing AVR with medical management in asymptomatic AS. A recent study published in JACC (CURRENT AS) is a retrospective multicenter registry that subdivided 1808 asymptomatic patients into an initial AVR group (n=291) and a conservative strategy group (n= 1517). Clinical outcomes over 5 years were compared between the 2 groups; actually a propensity score matched cohort of 582 patients was made for greater scientific rigor.

The researchers found a higher rate of mortality (26% vs. 15%; p= 0.009) and hospitalizations for heart failure (20% vs. 4%; p < 0.001) at 5 years follow up in patients of asymptomatic AS who were managed conservatively compared with those who underwent AVR. Surgical mortality was greater in patients who underwent intervention after symptom onset. Almost 41% of patients managed conservatively required AVR endorsing the general impression that surgical intervention is needed within 5 years of developing severe AS.

This study provides mortality and hospitalization data that is higher than observed previously. The rate of sudden death in this study was 1.5% per year compared with previous estimates of 1% per year. Patients of severe AS in these times are elder in age with more co-morbidities and probably therefore more susceptible to greater pathological deterioration. The CURRENT AS registry employing propensity score matching has clearly demonstrated benefits of an initial AVR strategy in reducing mortality and hospitalization as compared with a conservative strategy in asymptomatic AS.

The authors discuss that current recommendations dependent entirely on symptoms may not be ideal because a considerable number of patients may remain asymptomatic because of sedentary life styles. Exercise testing, albeit recommended, is not commonly performed due to safety concerns or is not possible in asymptomatic patients because of advanced age and comorbidities.

Appropriate timing of AVR is crucial in the management of severe AS to prevent morbidity and mortality. The new study bolsters the case of initial intervention in severe AS before development of symptoms but we will have to wait for randomized controlled trials to settle the issue.