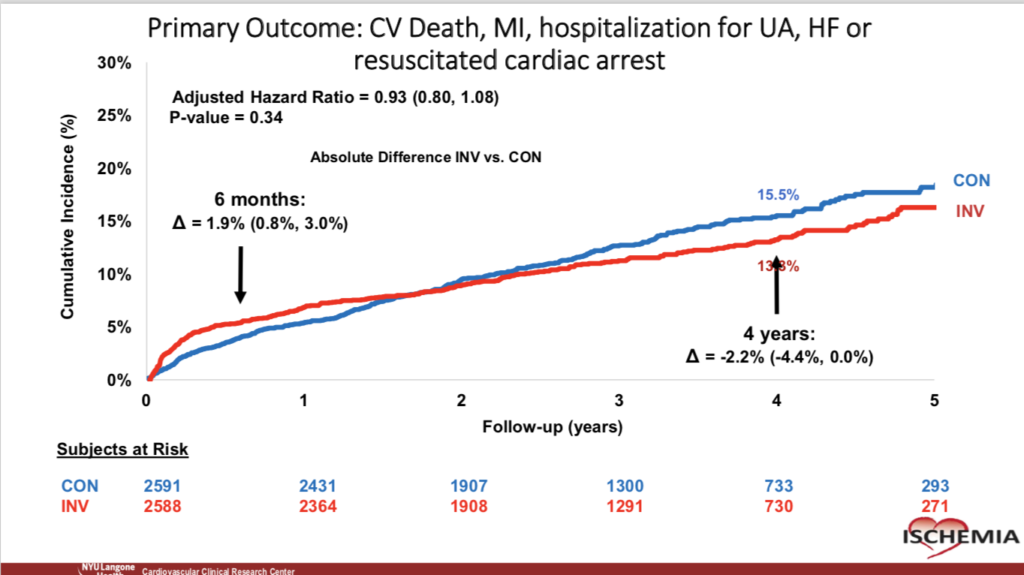 The much awaited ISCHEMIA trial was presented yesterday at the American Heart Association Meeting in Philadelphia, and the results were as anticipated by any common sense carrying doctor. Patients with stable angina , that is chest pain occurring only on walking, running or any other effort did not stand to benefit by coronary bypass (CABG) surgery or percutaneous coronary intervention (PCI) over and above optimal medical treatment (OMT). This was the important conclusion drawn by the 100 million dollars worth “International Study of Comprehensive Health Effectiveness With Medical and Invasive Approaches (ISCHEMIA) trial done over 10 years. This was by any standards a mammoth study and the inferences reached infinitely far important than the result of the current cricket test series between Bangladesh and India. In fact the ramifications of the ISCHEMIA study will be as sweeping and widespread as the Ayodhya verdict by the Indian Supreme Court, that has awarded the concerned spot of land for construction of a Temple and 5 acres nearby for a Mosque to be built. The judgment is clearly in tune with majority sentiment and despite mummers of deep concern is unlikely to be reviewed. The ISCHEMIA trial on the other hand just may be replicated but the results of the experiment will not change. There is little to achieve in incremental manner by coronary stenting in a patient of stable angina already on optimal medical therapy. Readers must be warned that the more than 5000 patients included in the ISCHEMIA trial had stable angina; they were NOT patients of acute coronary syndrome (ACS). They did not suffer from an acute heart attack or unstable angina, which is severe or moderate chest pain at rest occurring with increasing frequency. The importance of urgent coronary angiography followed by an appropriate intervention strategy (CABG or PCI) cannot be over-emphasised. Unstable Angina is a complete different ball game that needs rapid intervention, particularly in the case of a ST segment elevation myocardial infarction (STEMI).

The ISCHEMIA study included 5,179 patients with stable angina with preserved ejection fraction, in 320 sites in 37 countries. The patients needed to haver moderate to severe ischemia as assessed by a nuclear perfusion scan, almost 50% patients had severe inducible schema at baseline , 33% had moderate , and around 12% had mild ischemia. Patients were randomised to CABG or PCI over optimal medical treatment or to initial optimal medical therapy alone. Importantly, almost two thirds of patients underwent a blinded CT coronary scan to rule out left main disease or to confirm there was a block of at least 50% in other coronary artery branches. Patients with blocks less than 50% or blocks not accompanied with ischemia were also excluded. The patients excluded for left main blocks numbered 434, and 1,218 patients were excluded for having non critical disease. After a median of 3.3 years there was no significant difference in the composite endpoint of mortality, heart attack, resuscitated cardiac arrest, admission for unstable angina, or admission for heat failure, between the 2 groups. Patients included in the ISCHEMIA trial had inducible ischemia ranging from 5% to 10%.

Prior to the ISCHEMIA trial , the COURAGE study too had shown no superiority of an invasive strategy over optimal medical therapy in patients with stable angina. The COURAGE trial however was done more than a decade ago with most patients in the PCI group receiving bare metal stents, now considered inferior or obsolete. The ISCHEMIA trial had the advantage of some of the best stents in the business being used (cobalt chromium everolimus eluting) and the latest CABG techniques.

The take home messages are simple. Do not rush to coronary angiography if one is having stable angina with a normally contracting heart. Everet patient with moderate to severe ischemia need not sprint to the Cath lab.In the case of worsening frequency, duration and intensity of chest pain, especially if accompanied with impaired left ventricle ejection fraction, coronary angiography is the logical option. But what about the patient with a left main artery block who has few symptoms? Remember significant left main stenosis is helped only by early coronary intervention (CABG or PCI). But how does one rule out left main disease without undertaking a CT coronary angiogram ? The ISCHEMIA trial failed to show improved survival with coronary intervention as compared to optimal medical treatment but there was significant improvement in frequency of angina, and thereby quality of life. Along with the ISCHEMIA trial , results of the ISCEMIA-CKD trial too were presented; the ISCHEMIA-CKD trial also did not show any difference in clinical outcome s with PCI or CABG compared with medical treatment in patients with advanced chronic kidney disease and stable angina.

Normally a trial of the magnitude of ISCHEMIA gets simultaneously published in either the LANCET or the New England Journal of Medicine; but this however has not happened this time. Maybe the reason is that ISCHEMIA is a “negative” trial; but BIG PHARMA hardly stands to lose, it surely will enjoy greater sales, crucially justifiably so. The ISCHEMIA trial will eventually be published sooner than later, but November of 2019 will be be best remembered for the Supreme Court verdict in India and the ISCHEMIA trial presentation in Philadelphia. Also it is all very well to talk about optimal medical therapy, the reality is that only 41% patients in the ISCHEMIA trial were on high level optimisation therapy, despite careful follow up ! The lead investigator of the ISCHEMIA trial, Prof Judith Hochman, very rightly states that the “challenge in medicine is to get people to comply with their medicines and change lifestyles to reduce risk factors.”

To summarise this latest study did not find increased heart attack or mortality with medicines alone than in those who also received bypass surgery or stents. But if a patient continues to have chest pain despite optimal medicines, the person must consider a coronary angiogram. In India, a patient invariably lands up with the unstable form of the disease; stable angina can be, remarkably, ignored for months why the Indian people, much like the polluting air of Delhi is disowned and disregarded. 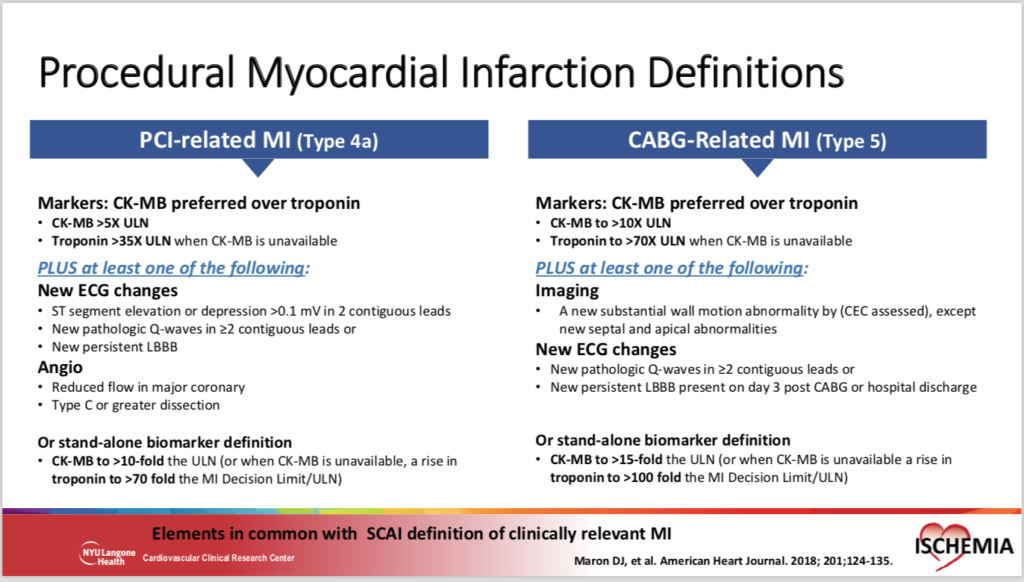