A 72 year old obese female with long standing hypertension was urgently referred to the cardiac catheterization laboratory for repeated episodes of severe central chest pain accompanied by shortness of breath and perspiration at rest for the past 10 days. She had a family history of coronary artery disease, but did not have diabetes mellitus. Her electrocardiogram revealed marked ST segment depression in almost all leads.

The patient and her attendants consented to percutaneous intervention rather than CABG after being informed in detail of the pros and cons of both procedures. An intra aortic balloon pump was kept on stand by in the lab, and a temporary pacing lead was positioned in the right ventricular apex. The left coronary artery was engaged with a 7Fr JL 3.5 guiding catheter, and two 0.0014″ floppy guidewires were placed across the lesions in the LAD and LCX arteries. Both lesions were predilated by a 2.25x15mm balloon sequentially 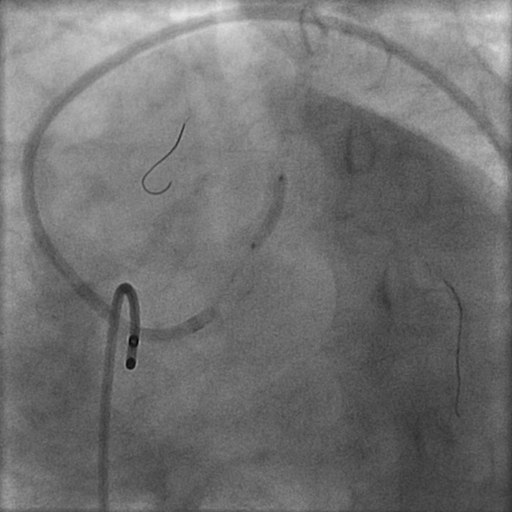 with the balloon placed across the LM. Next two 3mm Paclitaxel-eluting stents were advanced one by one into the LAD (3×23 mm) and the LCX (3×15 mm) arteries; and both stents were pulled back into the LM artery in order to completely cover the LM lesion.

After confirming the position of both stents, they were deployed with simultaneous inflations at 16atm. 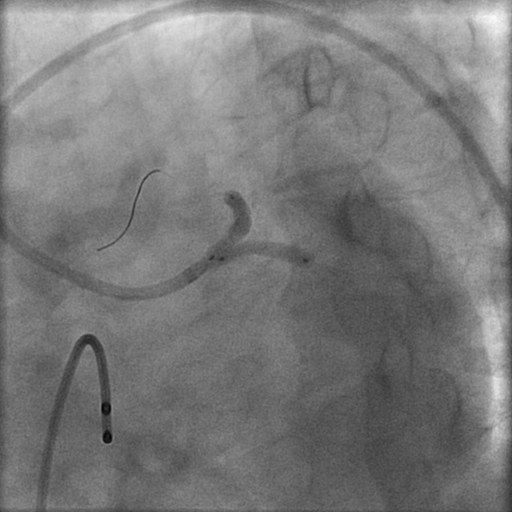 This was followed by sequential dilations of the LAD and LCX stents at 18atm. 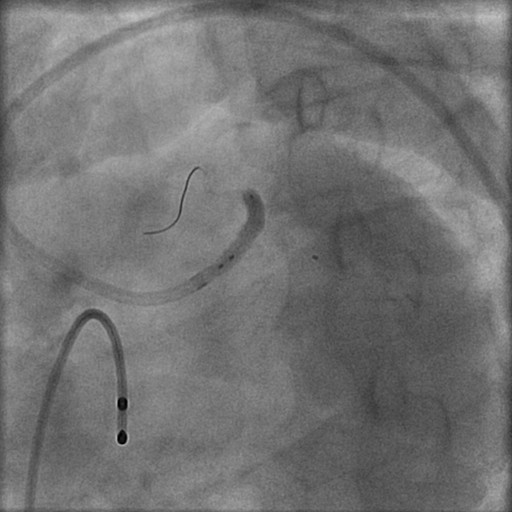 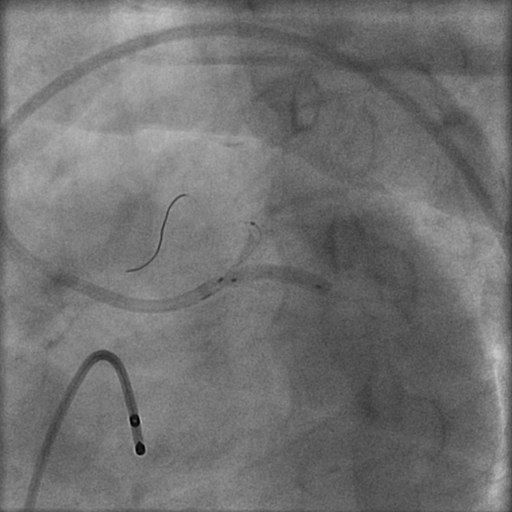 Next kissing balloon was done by simultaneous dilation of 2 balloons at 12atm.

. The patient had been preloaded with aspirin plus clopidogrel and received standard bolus dose of Eptifibatide before the procedure along with unfractionated heparin, and the intervention was followed by 24 hour Eptifibatide infusion.

There was TIMI 3 flow and no residual stenosis or dissection in any vessel. 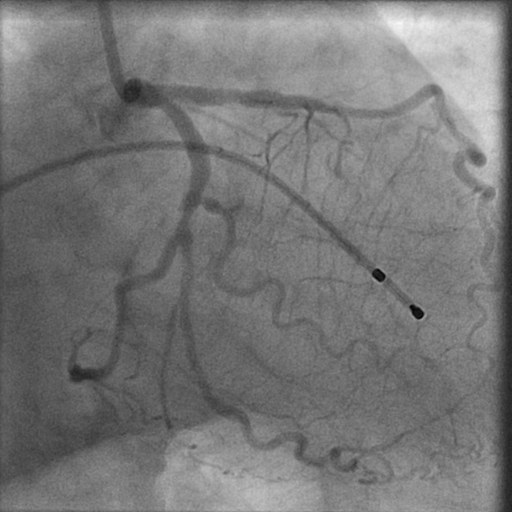 There were no complications. The entire procedure was over within 20 minutes.

Drug eluting stents (DES), in conjunction with advances in peri and post procedural pharmacotherapies, have demonstrated the feasibility and efficacy of percutaneous intervention in unprotected left main coronary artery stenosis. In the recently concluded TCT 2007, the LE MANS randomized study comparing PTCA and stenting with CABG in unprotected left main stenosis demonstrated that stenting is not only safe and feasible for treatment of left main artery disease, but may also achieve better functional outcome than CABG. The 52 patients randomized to stenting had significant increase in left ventricle ejection fraction, and there was no difference in mortality or target vessel revascularization between the two treatment cohorts. More than a half (58%) of the patients had distal left main disease in the stenting group. A multicenter registry has recently recorded that percutaneous coronary intervention with DES in non bifurcation left main coronary artery disease appears safe with a restenosis rate of 0.9 %, long term major adverse clinical event rate of 7.4%, and a cumulative cardiac mortality of 2.7% at a median follow-up of 886 days. Bifurcation left main stenting, however, remains a challenge; but better stent platforms, novel procedural techniques, and optimal pharmacotherapies will further improve outcomes. Large randomized trials comparing DES to CABG such as the Synergy Between Percutaneous Intervention with TAXUS and Cardiac Surgery (SYNTAX) will provide answers to the uncertainties that remain with LM stenting. In this particular case the large left main artery necessitated the Simultaneous Kissing Stent technique as opposed to the Pull Back T Stenting method.