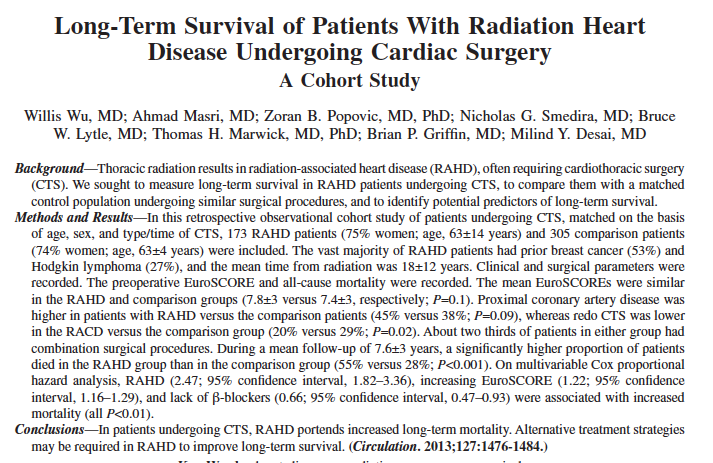 Hodgkin’s disease (HD) accounts for 1% of all cancers but remarkably 85 to 95% of early stage disease are curable. Thomas Hodgkin described 6 patients with symptoms that differed from those experienced in tuberculosis, syphilis or inflammation as long ago as 1832. There was no treatment for more than a century and most patients with Hodgkin’s disease perished. Considerable progress has been made in the last 50 years. Hodgkin’s disease was confirmed to be cancerous in 1994, by the use of single cell micro dissection technique that showed Reed Sternberg cells originated from monoclonal B-lymphocytes. Positron emission tomography (PET) with F-fluorodeoxyglucose (FDG) as a tracer makes it easy to assess early treatment responses, thus avoiding excess chemotherapy burden. Chemotherapy for Hodgkin’s disease began in 1943 with use of nitrogen mustard. An explosion in Italy exposing mustard gas to sailors, who subsequently developed lymphopenia and myeloid aplasia, was the triggering factor for use nitrogen mustard in Hodgkin’s lymphoma.

The median survival was only 2 years with single agent chemotherapy till the 1960’s, but the scenario improved with introduction of the multiple drug regimen consisting of adriamycin, bleomycin, vinblastine and dacarbazine (ABVD) in 1975. The German Hodgkin’s Study Group have achieved overall 5 year survival rates of 96% with 2-4 courses of ABVD plus 30 Gy of involved field radiotherapy. The question seeking answers now is whether chemotherapy alone is good enough to cure early Hodgkin’s disease without the use of radiotherapy. Cure for Hodgkin’s disease comes at a price with increased risk of subsequent malignant cancers. In fact the relative risk of solid cancer is significantly higher among survivors of Hodgkin’s lymphoma than in the general population, and the higher risk lingers up to 25 years post treatment. 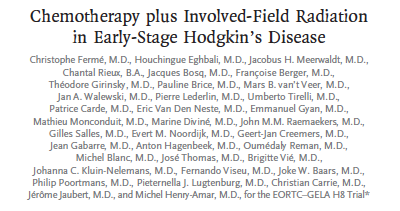 Moreover a new spectrum of cardiovascular disease has emerged following radiotherapy for breast cancer, Hodgkin’s lymphoma and in some cases of lung cancer. Multiple studies have shown that radiation results, as late as 20 years post treatment, in increased risk of coronary artery disease, pericardial disease, congestive heart failure, valvular involvement, and conduction disease. Cardiovascular complications late after mediastinal radiotherapy is the second most common problem after a second malignancy in HD survivors, accounting for 25% of mortality in cured patients. Myocardial infarction is the most common cause of cardiac mortality.

Radiotherapy dose has been reduced from 35 to 45 Gy used in the 1980’s to 30 Gy now. In survivors of HD cumulative incidence of cardiac disease after 25 years of exposure to mediastinal radiation dose of 36 Gy was 21%; this decreases to 6% and 5% to exposure of 25 Gy and 20Gy respectively. All attempts are therefore made to keep irradiation to the barest minimal dose when treating patients of thoracic cancer including HD. Despite using the least dose possible valvular heart disease occurs in almost 80% of patients exposed to previous mediastinal irradiation. There is progressive thickening and calcification of the affected valves resulting stenosis and / or regurgitation. The left sided valves being under greater hemodynamic pressure are more frequently affected. A substantial number of patients develop severe valvular aortic stenosis (AS) necessitating surgical aortic valve replacement (SAVR). There is however greater long term mortality in patients developing post irradiation AS. Radiation delivery has considerably evolved from the times when the heart was considered radioresistant and no attempt was made to limit the dose or volume of heart irradiated.

A recent paper has assessed long-term survival in post irradiation patients undergoing SAVR for severe AS. This was an observational study of patients with severe AS divided into 2 groups; one with severe symptomatic AS having received irradiation and the other with severe symptomatic AS but no previous irradiation. The investigators found that patients with mediastinal radiation associated severe AS had a significantly worse longer term survival versus an age and sex matched comparison group undergoing a similar procedure during the same time frame. The majority of deaths in the radiation group were due to cardiopulmonary disease or multi-organ failure rather than a recurring cancer. After more than 5 years almost 50% of patients in the radiation group were dead as compared to only 7% in the comparison group. More than half of these patients suffered from HD and a third from breast cancer. There were 172 patients in both groups; 62% were women, mean age was 63 years, and mean time from prior radiation was almost 20 years.

Cardiopulmonary disease is a common mechanism of death in patients having SAVR because previous radiation exposure produces fibrosis of structures in the surgical field; there are adhesions, and the presence of multiple heart involvement. There may be myocardial failure accompanying the severely stenosed aortic valve, or even constrictive pericarditis. There may also be the presence of restrictive lung disease with pleural effusion. Respiratory complications because of prior mediastinal irradiation are bound to compromise results of SAVR.

The role of transcatheter aortic valve replacement (TAVR) remains to be elucidated in post irradiation severe AS. The presence of substantial cardiopulmonary hurdles during SAVR in a patient of post irradiation severe AS (such as adhesions and lung fibrosis) make TAVR a credible choice. Despite TAVR emerging as an alternative in high risk and medium risk patients of symptomatic severe AS there is scant or no data on the use of TAVR in post irradiation patients with severe AS. It should be noted that PTCA with stenting in post irradiation patients with obstructive coronary artery disease is associated with increased mortality. Heart transplantation carries the concern of recurrent malignancy due to graft versus host chemotherapy; and a lung transplant may be impossible because of irradiation induced pulmonary vasculature damage.