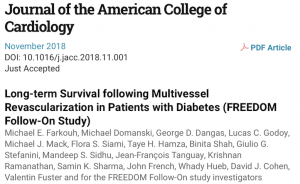 Let us  consider  randomized trials comparing paclitaxel eluting stents (PES) with the newer generation everolimus eluting stent ( EES); the COMPARE trial randomized PES to EES in 1800 patients to report that the composite of death, MI and target vessel revascularisation  by the end of 1  year was significantly better with the newer generation EES ( Lancet 2010;375:201-9). By 2 years the difference was almost 5 % ( 13.7% versus 9%); with stent thrombosis lower by 77% and MI reduced by 45%( 7.5% versus 3.9%) ( J Am Coll Cardiol 2011;58:11-18). The SPIRIT IV trial ( N Engl J Med 2010;362:1663-74) too found that the composite of death, MI and target lesion revascularisation was significantly less with EES as compared to PES in 3687 randomized patients, at one year follow up. 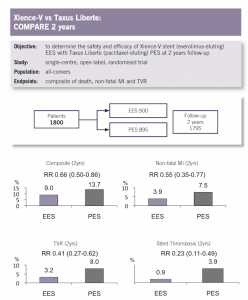 The ENDEAVOUR III trial, albeit randomized only 436 symptomatic  patients with single vessel disease to zotarolimus eluting stent ( ZES) versus sirolimus eluting stent ( SES); at the end of 5 years death/ MI was significantly less with ZES than with SES ( 1.3% versus 6.5%). The simple conclusion was that death/ MI  was less with ZES than with SES ( JACC Cardiovasc Inter 2011;4: 453-50). 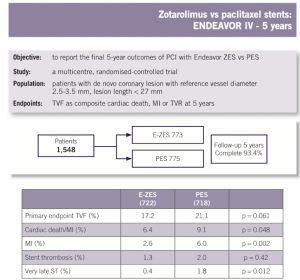 The  FREEDOM Follow On trial with a median 7.5 years follow up should be assessed against the above backdrop. FREEDOM randomised 1900 patients ( mean age 63 years)  with diabetes to either CABG or PCI. Eighty three percent had 3 vessel disease with SYNTAX score of 26; but 33% of patients had a high SYNTAX score greater than 33. About 35% of patients had a low SYNTAX score of less than 22. It should be noted that the majority of patients studied had a high or intermediate score; all guidelines proscribe PCI in such patients of multivessel disease with intermediate and high SYNTAX scores.The extended follow up of FREEDOM at  reports significantly less death in the CABG cohort as compared to PCI ( 18% versus 24%, p=0.01). An absolute decrease of 6% and a relative decrease of 25%. CABG showed better results in every subgroup and crucially provided better results in younger patients (JACC 10.1016/j.jacc.2018.11.001).

The FREEDOM trial however must be carefully analysed. The number of patients available for following by the researchers were a mere half of the original groups, a substantial mitigation in the number studied. 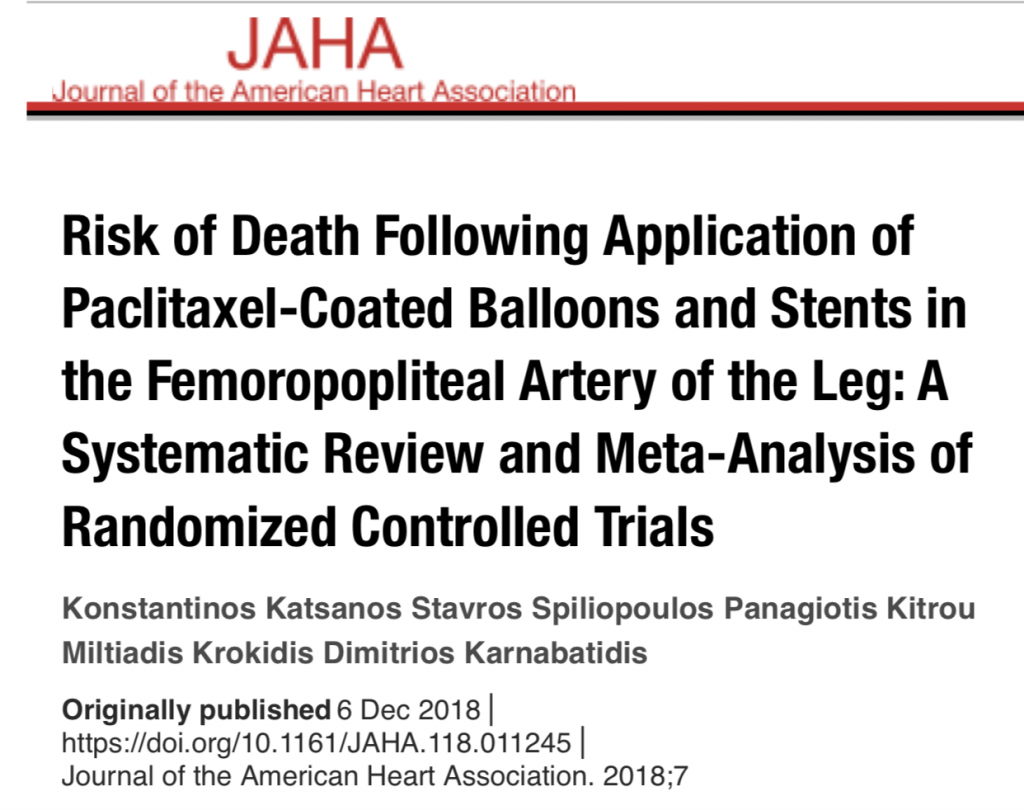 Moreover the stents used were the first generation stents, either PES or SES.  There is ample data suggesting that both PES and SES are associated with more clinical sequelae than the newer generation stents. In December 2018 a systematic review and meta analysis of 28 randomized studies using paclitaxel eluting balloon ( PEB) and paclitaxel eluting stent ( PES) concluded that after 2 years and up to 5 years there was significant increased mortality with PEB/ PES as compared to uncoated balloons or uncoated stents. The devices were used for femoral- popliteal blocks and not for coronary artery stenosis.There was no increase in death at 1 year, but at 2 years, 12 randomized studies recorded 68% relative increased death ( absolute 3.5%). At 5 years, analysis of 3 trials revealed increase in death by 93% with PEB/PES compared to plain balloon dilatation or bare metal stents ( J Am Heart Assoc. 2018;7(24):e011225. https://dx.doi.org/10.1161/JAHA.118.011245.

This signal of increased deaths with paclitaxel coated devices cannot be dismissed or ignored. The manufacturers must be scrambling to present neutral data. In fact an analysis has been published this month that demonstrates no signal of excess mortality but the follow up is only for one year (JAMA Cardiol.doi.10.1001/jamacardio.2019.0325).

The SYNTAX trial had also shown significantly greater mortality with PES versus CABG in patients with multivessel disease ; 9.6% vs 5.6%: p= 0.008 ( J Am Coll Cardiol 2016;67:42-45).Earlier PES as compared to bare metal stents had shown increased deaths with PES at 1 year follow up,6.7% vs 4.5%, p<0.01( JACC Cardiovasc Interv 2011;4:530-542). Paclitaxel in devices for the lower limb arteries is in much higher quantity than in the coronary stent, > 1mg for femoropopliteal devices versus 200 micrograms in coronary stents. Paclitaxel prevents smooth cell proliferation and thereby restenosis,by preventing cell mitosis. It is postulated that too much paclitaxel  could be toxic. The exact mechanism for increased mortality by paclitaxel is however unclear.

The FREEDOM Follow up data should be analysed keeping above facts in mind. The earlier generation stents had greater chances of being associated with stent thrombosis, restenosis and mortality. Only half from the original cohorts have been studied, a significantly mitigated quantum of patients. A recent meta analysis has uncovered a potential for increased mortality with paclitaxel eluting balloons and stents.

Last but not least we are witnessing improved cardiovascular outcomes with 2 new classes of anti diabetes medicines. Empagliflozin ( SGLT2 inhibitor)  has demonstrated almost 40% reduction in mortality and 45% reduction in progression of renal disease. It has also been shown to reduced heart failure by 35%. Apart from empagliflozin we have a GLPR analogue, Liraglutide that also significantly reduces cardiovascular mortality in patients with diabetes. No patient in the land mark FREEDOM trial was offered these medicines.

There is obviously no one size fit all treatment protocol with us. Each case will need to be individualised. The results of PCI with a newer generation stent in a diabetic patient with low SYNTAX score may be comparable to that with CABG. The results may be quite different with the addition of an SGLT2 inhibitor or Liraglutide, that is comparable to that of CABG.

An adequately powered randomized trial should clarify matters. Till then a SYNTAX score greater than 33 should undergo CABG, a patient with a score less than 22 may be offered PCI, while a patient with an intermediate score should be evaluated by a heart team and the risk/ benefit ratio carefully explained to the patient. Optimal medical therapy combined with PCI should tackle both flow limiting and non flow limiting lesions of  coronary arteries.