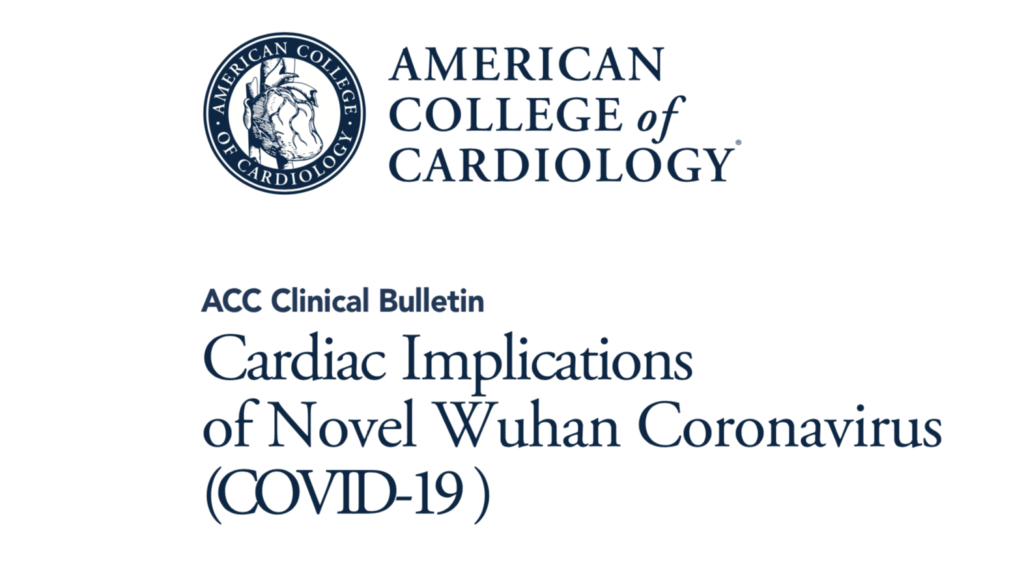 The victory of the Aam Aadmi Party in the recently concluded Delhi election was more or less anticipated. This was clear from conversations with taxi drivers, auto-rikshaw drivers and petrol pump attendants. But let me confess I never imagined the scale of the triumph, this was more than an innings defeat in cricketing parlance ; The Delhi wallah whilst pressing the eVM’s , largely ignored the perforation of article 370, The Supreme Court verdict on Ayodhya and the call for identifying foreign nationals within the country. Interestingly while having lunch at ‘Haldiram’ yesterday I got into a gentle conversation with an absolute stranger, who claimed to be an eye surgeon in Birmingham or in other words an ‘NRI.’ The focussed good doctor not only continued to be in awe of Modiji but also revealed that a large group in Birmingham of which he is a member swore by Modiji. Obviously the Delhi woman on the street has other ideas. The eye surgeon to me was a classic case of reverse “ Blighty.” Blighty was the term used by British soldiers longing for home during the bitter battles of the trenches in World War 1. The young tired and famished English soldiers yearned for the peace and comfort of home. Nothing could compare with the horrors they were living days in and day out; admirably shown in the movie “1917.” Blighty implied a pastoral unspoilt home or England, of course imagined; but serious enough for the War Office to come up with a free magazine named “Blighty” for serving soldiers. And guess what Blighty was a mutation the Urdu word “vilayati” or foreign. Indians obviously termed British colonials “vilayati”, the Brits took up the word and dressed it up to “Blighty” meaning England. I have this impression that are NRI cousins do get more than homesick at times, or rather long for an imagined Motherland free of all inequality blemishes with a roaring economy. Sadly nothing can be further from the truth, but they can be pardoned as they are too far away to smell beneath the varnish.

Unlike the predictable Delhi election result, the COVID-19 virus play out continues to baffle both scientists and health workers. Yes the new name for the beta coronavirus is “COVID-19”, and the WHO has rightly rationalised this name as it does not hint at the geography or people involved; the name ensures there is no racial bias or stigma attached with it. International news is abuzz with COVID -19, each day brings out new figures and mortality rates. There was a surge in infectivity when the Chinese resorted to diagnosis using CT chest scans as opposed to CRP medical kits. The treason was simple , CT scans are quick in being done and getting reported, less than 10 minutes. The CRP kit that picks up the genetic signature of the virus can take as much as 24 to 48 hours for confirmation; worse reliability is also an issue. The CDC in the US swiftly realised that all CRP kits were not infallible. So far there have been only 4 deaths outside china, one each in Japan, Philippines, Hong Kong and France. France reported the death of an 80 years old Chinese tourist ; making it abundantly clear that the virus can be lethal in the oil and people with chronic illnesses like diabetes and heart disease. Their ability to fight back the virus is impaired due to a sluggish immune response, while children are better at combating this virus and consequently have mild symptoms.

Economists world wide have been quick to realise that the impact of COVID-19 that has resulted in lock downs in many cities of central China. Streets continue to be deserted, offices remain closed and people are justifiably nervous. The Chinese government is doing all that is possible to contain the epidemic and should be lauded as loudly as possible. I have not come across an article or edit in the Indian media that has expressed appreciation or admiration for the bravery of the Chinese people. Granted the Chinese army hammered us in 1962, but this is the time to express solidarity with the Chinese people and their government. There have no howls of protest or indignation by the common Chinese folks in deep conflict with COVID-19. Everything is off bounds, no weddings, no engagements, no parties, no playing football or just jogging around. What about funerals? You cannot mourn the dead, keeping in mind almost 2000 people have died. This may be a conservative number. There are bound to be more deaths till the virus dies a natural death by increasing temperature after some weeks. No vaccine is in sight, the earliest possible vaccine against COVID 19 will have to wait for at least a year if not longer. Moreover there is no guarantee that it will work in all. Most vaccines are effective only 65% or less of the time.

Offices are closed, as also factories. Tesla has closed down its factory, Apple reports that only 10 % of its workers attend office. China makes almost half all the world’s LCVD panels for TVs, laptops, and computer monitors. Apple has closed down all its retail stores and corporate offices in mainland China since 1st February. The biggest mobile phones conference in the world is the Mobile World Congress (MWC). It is to be held in Barcelona this year; Intel, NTT. Docomo, Amazon, LG , Ericsson and Sony have cancelled their participation. The conference begins on February 22. Samsung will have limited presence. The conference organisers have been compelled to ban all visitors from Hubei province, and will ensure all other visitors prove they have not been in China for at least 14 days. The global supply chain of a variety of products is bound to take a big hit. Particularly the drug industry, as China is the biggest exporter of raw pharmaceutical material. 80% of heparin used in the US comes from China. Heparin is an anticoagulant that is used in millions of patients undergoing coronary stenting and coronary by pass surgery. A substantial proportion of drugs manufactured in India depend upon Chinese supply chains., The American heparin is exclusively made from pigs and right now a swine fever too is raging in China and also Africa. No wonder the economic advisor in the White House has stated they anticipate a 0.3 % dip in this quarters American GDP because of the disrupted supply chains in China. Supply chains in supply chains need each other for raw materials. The Indian mobile phone that you carry should be having more than a few Chinese components. In fact the car you drive has 10,000 components assembled by the manufacturer but many of these parts were made in Chinese factories. An interruption in that supply chain is bound to be worrisome as would be a mitigation in medicine production.

And now finally to the heart. The COVID-19 virus infection is dangerous in people already carrying heart disease. The American college of Cardiology (ACC) has released a clinical bulletin regarding cardiac implications of COVID-19. The bulletin cites a recent report of 138 patients hospitalised with COVID-19 infection, and bases recommendations largely on this study published in JAMA a few days ago.Almost half of patients admitted for COVID-19 suffer from chronic medical illness, and these are the most vulnerable or susceptible to further complications. 40% of patients in the study already had a cardiovascular or cerebrovascular disease. In the 138 patients admitted nearly 205 developed acute respiratory distress syndrome, 17% developed arrhythmia, 9% came down with shock and 7% had acute heart injury. Around 4% had acute kidney injury. The first patient to die was a 61 year old chronic smoker who succumbed to ARDS and heart failure.

The guidance provided by the ACC is quite empirical and based on expert opinion. This is due to the fact that the COVID-19 epidemic is a brand new disease yet to reveal its full colours. New know as of now that it is highly infectious, spread by droplets that can remain infective on inert surface for 10 days. A person with underlying heart disease should be on high alert against COVID-19 as she should be against common flu, dengue and chickungunya. Every viral infection has the potential to spark an immune response that can actually backfire by destabilising plaques in coronary and cerebral arteries. Crucially harmful cytokines capable of damaging heart arteries are released. In the single centre study from Wuhan, China 26% patients had to be transferred to intensive care unit and 4.3% died. The common flu it should be noted kills around 1% afflicted. Both sexes were equally affected and median age ranged from 51 to 66 years.Almost all patients had fever while 70% complained of tiredness. One third had shortness of breath. Most patients received antiviral oseltamivir, and many were given antibiotics such as moxifloxacin, ceftriazone or azithromycin. Around 45% received glucocorticoids. Worryingly the authors note that many patients continued to be in hospital with unclear prognosis.

To me the ACC guidance is expectedly neither here nor there. There is no real data that increasing the dose of a statin or a beta blocker will in any way alter the natural course of the disease. Currently no antiviral has been found to work, and antibiotics are useless in a purely viral infection. The best preventive course is washing hands with soap and water as much as possible, and staying clear of suspected COVID-19 infection. Do I perform coronary angiography and primary stenting in a patient of COVID-19 presenting with an acute coronary syndrome such as ST segment elevation myocardial infarction? I have no data to back me up. For now each patient will require individualised care and loads of common sense. A rapidly changing disease profile will need further guidance but this appears improbable. Primary PCI in a patient with dengue can be the ultimate test, and so will it be in a COVID-19 patient having ground glass lungs on the CT chest scan. I certainly do not look forward to such a situation. Vaccination against the common flu would be sensible in order to reduce possible confusion between common flu and COVID-19 infection.

But we must empathise with the people of Hubei province and wish them well. I wonder if the government of India has offered any health care support to Beijing? If it has not there is still time to raise our hands; we should constantly endeavour to be on the right side of history.