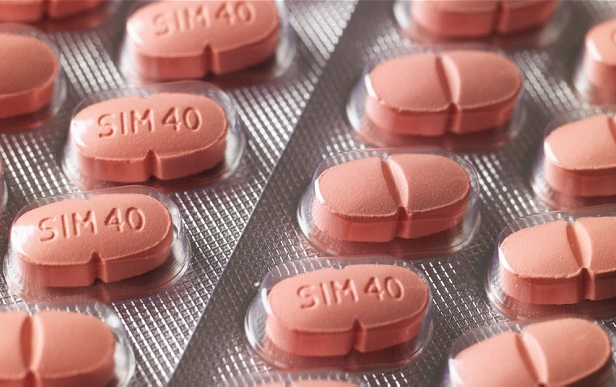 A study published in the NEJM in 2006 had examined the role of long-term low LDL levels because of a genetic mutation seen in 2% to 3% of the general population. Peoole with absence of function of the proprotein convertase substilisin/kexin type 9 gene (PCSK9) , had 15% to 30% lower LDL cholesterol than persons with a functioning PCSK9 gene; they were also found to have 50% to 80% lesser CHD events than the general population over a 15 year follow up. The realization that a genetic flaw in PCSK9 activity could be tolerated by the human body,  with reduction in  heart disease , triggered aggressive efforts by big drug companies to develop a monoclonal antibody against PCSK9.

A couple  of  randomised trials demonstrating large reductions in LDL cholesterol ,in patients already on near maximum does of statins,  were presented in the American College of Cardiology Meeting 2015 and  simultaneously published in the NEJM. Both trials have shown clinical benefits without increased side effects compared to the placebo . The ODYSSEY  LONG TERM was a randomized double blind trial of alirocumab (a monoclonal antibody to PCSK9; 150 mg injection given subcutaneously every 2 weeks) versus placebo for 78 weeks  that studied 2341 patients already on maximum tolerated doses of statins. The participants  had an average LDL cholesterol  of 70 mg% . The mean reduction in LDL levels after 24 weeks was 61% in the alirocumab group with almost 50% reduction in cardiovascular events .

In the OSLER trials , evolocumab  (PCSK9 blocker) was administered at a dose of 140 mg subcutaneous injection every 2 weeks or 420 mg injection subcutaneous once a month in a randomized manner in 4465 patients . At 12 weeks evolocumab had reduced LDL by 61% as compared to the placebo group; and rates of cardiovascular events were halved form 2.2% to 0.9%. Evolocumab was given once again over and above statins over a period of almost one year. Both the OSLER and ODYSSEY  LONG TERM trials included patients with cardiovascular disease, cardiovascular risk factors or familial hypercholesterolemia. All these patients had high LDL cholesterol in spite of taking statins. There was massive reduction in LDL levels by 61% to 62% with alirocumab and evolocumab injections. Levels of triglycerides were reduced and HDL increased as with statins but unlike statins these PCSK9 inhibitors also significantly reduced lipoprotein (a). Both trials on post hoc analysis showed 50% reduction in composite cardiovascular events within 12 to 18 months. Statins have shown that they become more effective after the first year; this suggests that these new PCSK9 blockers may also prove to be more effective in later years.

A few months earlier the cholesterol lowering drug ezetimibe was shown to significantly albeit modestly lower CHD clinical events when added to a statin without any adverse effects in patients with cardiovascular risk factors. Now on paper with publication of these 2 new PCSK9 blockers that are capable of reducing cholesterol lower than 50 mg% in patients already on standard statin therapy a strong case will be made to get them into the market at the earliest. Already it is being suggested that patients with familial hypercholesterolemia, persons intolerant to statins, and patients unresponsive to statins would be beneficiaries of this new class of cholesterol lowering drugs. The number of such people in the US has been computed to be 4 million and hence one can safely presume that India would be harboring 15-16 million such patients. These numbers become humungous because the estimated annual cost of a single patient will be $10,000 to $12,000. This would add up to $150 – 160 billion burden on the Indian health expenditure, putting enormous pressure on the Indian economy.

The only solution is that the pricing is rearranged or the manufacturing companies provide a discount to Indian patients. Mercifully there is precedence for a discount; Gilead Sciences has given an unbelievable 99% discount on its hepatitis C block buster drug sofosbuvir (brand name ‘Sovaldi’) which is sold at $80,000 for a 12 weeks course in the US. Natco Pharma has recently become the first company in India to get approval for generic sofosbuvir from the Drugs Controller General (India). We still have to wait and see the long-term adverse effects of the PCSK9 blockers; neurocognitive effects such as loss of memory and confusion have been seen in a sizable number of patients but other serious side effects will also need close monitoring before these “statin busters” become part of main stream treatment.

It cannot be over emphasized that life style modification is the cheapest and safest method to prevent chronic diseases, but familial hypercholesterolemia will demand drug intervention; and in the rare case a statin fails to be effective, injections of a PCSK9 inhibitor may be administered.

PCSK9 inhibitors may prevent heart attacks; despite lowering LDL cholesterol. The clinical outcomes will come with the FOURIER rtrial in 2017. Strictly speaking both OSLER and ODYSSEY trial; were not powered to check clinical outcomes. Moreover both OSLER and ODYSSEY demonstrated impaired cognition in treated patients; the LDL levels in both trials fell to just below 50 mg % which is not very much lower than the LDL levels obtained with rosuvastatin alone in JUPITER (approximately 55 mg%) and ezetimibe plus simvastatin in the IMPROVE-IT trial (again approximately 55 mg %). The fact that most patients in ODYSSEY and OSLER despite being on statins failed to lower LDL below 110 mg% mandates careful analysis of raw data. Both OSLER and ODYSSEY had short follow ups of just about a year, and hence adverse effects could have been missed. It would be prudent therefore to wait for the results of FOURIER. I wonder why are  FDA and the European Medicines Agency  in such a tearing hurry to  approve sales of these hugely expensive injections.