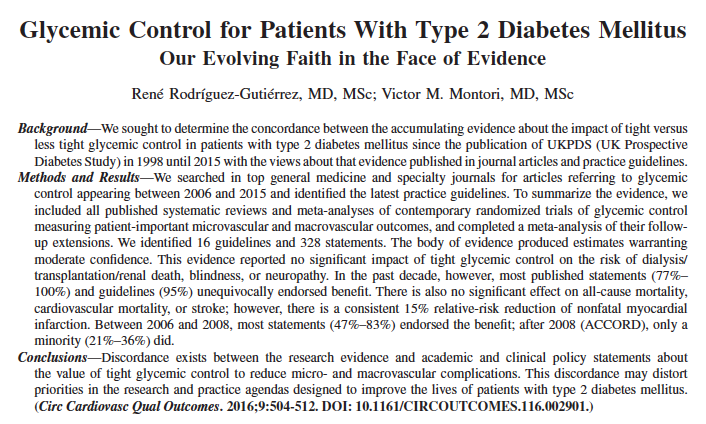 Treatment of high blood pressure reduces mortality, heart failure and heart attacks. The American Association of Physicians recently stated in their guidelines on treatment of hypertension in people over 60 years that it was enough to bring down blood pressure below 150 mm Hg to reduce risk of death, stroke and cardiac events. If a 60 year old has had a stroke or TIA then the target should be below 140 mm Hg to prevent another stroke, similarly in a patient with diabetes, metabolic syndrome or chronic kidney disease the target should be below 140 mm Hg.

All guidelines underscore lowering blood sugar levels in patients of diabetes to reduce the microvascular and macrovascular complications of diabetes. The goals of type 2 diabetes are to reduce the risk of diabetic complications and thereby improve quality of life and survival. The hemoglobin A1c (HbAic) levels have been employed since the 1990’s to assess the efficacy of drug treatment in diabetes. However the reality is that there was no study that conclusively demonstrated reduction in cardiovascular outcomes with anti-diabetic drugs.

The Diabetes Control and Complications Trial (DCCT) and the UK Prospective Diabetes Study (UKPDS) showed that lowering HbA1c to levels of 7% of total hemoglobin by intensive glycemic control compared to standard treatment improved clinical outcomes, but these studies were done in an era without ACE inhibitors and statins (cardio-protective drugs), and when HbA1c levels used to be much higher than now. But then 3 randomized trials failed to show that any cardiovascular benefits with tight glycemic control. There was minimal effect on microvascular complications. Rosiglitazone was shown to increase cardiac risk while being used in treating patients with diabetes. 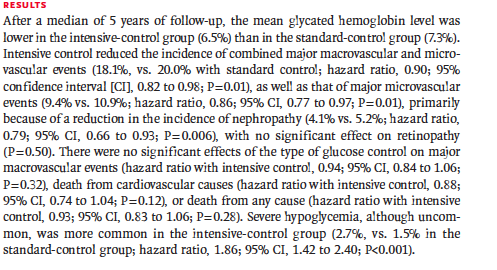 The ADVANCE trial including more than 11,000 patients of diabetes too failed to demonstrate any reduction in all cause or cardiovascular mortality by bringing down HbA1c below 7% in the intensive control group. Severe hypoglycaemia was greater in the intensely treated group.

Tight glycemic control has been shown to reduce risk of nonfatal myocardial infarction by 15% but there has never been any lowering of cardiovascular mortality. The ACCORD study reported significant increases in risks of all cause mortality by 26% and cardiovascular mortality by 43% in the tight glycemic control cohort. Risk of stroke has never been found to be lowered with tight anti-diabetic drug control.

The FDA even today does not require post-marketing trials to record adverse cardiovascular events. The FDA continues to focus on lowering of HbA1c levels when approving anti-diabetic drug efficacy. Contemporary medicine needs evidence of cardiovascular outcomes of drugs apart from lowering blood glucose. The value of tight glycemic control for controlling complications in patients with type 2 diabetes mellitus needs to be readjusted.

The FDA finally demanded efficacy regarding cardiovascular complications with new anti-diabetic drugs. The new trials had to compare their drug with a placebo against the background of standard glucose lowering drugs.

Liraglutide a glucagon like peptide (GLP) has been shown to reduce cardiac mortality in a randomized trial involving 9000 patients. Liraglutide was unable to reduce myocardial infarction or stoke though. The reduction in mortality was however inly 1.3% in absolute terms. A month of daily liraglutide costs $540 that is more than Rupees 4.5 lakhs for a year of treatment. A reduction of 1.3% implies that 77 patients have to be treated for more than 3 years to do away one death. The flip side was almost 1.5 % absolute increase in adverse effects like gall stones, nausea, vomiting and even pancreatic cancer. 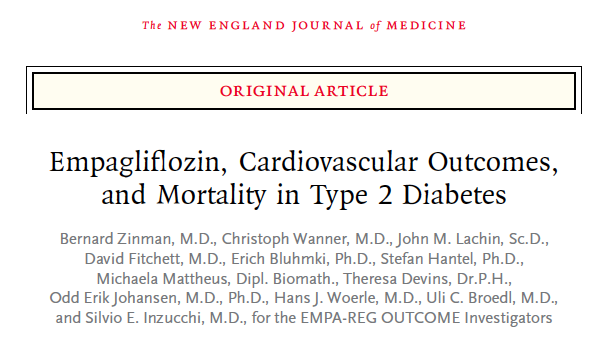 Empagliflozin (sodium glucose co transporter 2 inhibitor) has also been found to reduce cardiovascular mortality as compared to placebo in a large randomized trial without marked reduction in HbA1c levels. These trials underlined the emerging feature that despite little or modest change in HbA1c level there were substantial cardiovascular outcomes.

The dipeptidyl peptidase (DPP4) inhibitors however have not shown significant reduction in cardiovascular clinical outcomes. Saxagliptin in fact was found to increase the incidence of heart failure.

A new approach needs to be evolved, that evaluates drugs based upon their cardiovascular effects and ability to prevent microvascular complications (retinopathy, nephropathy and neuropathy) instead of concentrating only on their glucose lowering properties. Drugs shall have to be shortlisted not only by their ability to lower blood glucose but by their beneficial effects on complications of diabetes mellitus.