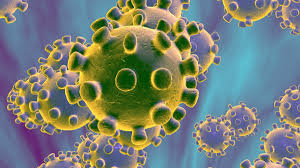 The entire world is reeling under the Covid-19 pandemic, thousands of people have died and the global economy is in shock even by conservative estimates. It will take many years for the post Covid world to recover. The virus is named severe acute respiratory syndrome corona virus 2 or SARS Cov 2; and the pandemic that it has caused is named Covid 19. The prevalence in India unlike the Western world has been observed to be substantially less. As per the health minister it is 3.8 per million. Testing, however, has been low with only one lac samples collected to date, the government has urged all states to ramp up testing to at least 2.5 lakhs by 14th April. In contrast, Americans are testing one lac people in a single day and more than 20 lac tests have been performed so far. In India as of today the number of total cases is 7447, with 239 deaths, giving a crude case fatality rate of 3.2% only. Deaths in India are considerably less than those in the US (`18,763), Italy (18849), Spain (16081) or France (13197). China has reported 3339 deaths while 4110 people have perished in Iran. Germany has had 2707 deaths.

The ICMR has finally published data on prevalence of Covid-19 in 5911 patients admitted in hospital for severe acute respiratory illness. This is a cohort of sick people with respiratory disease, and not people walking about on the streets. Data was collected form more than 50 districts in 20 states. The researchers report of the 5911 patients only 104 tested positive for the SARS-CoV-2 virus (1.8%), from mid February to mid March. The median age of positive patients was 54 years and 83% were males. Majority of patients tested were from Gujarat that contributed 792 patients, Tamil Nadu 557, Maharashtra 553 and Kerala 502. Importantly more than one third of positive patients (39%) did not report international travel or any history of contact. Only 3 patients had history of foreign travel or contact with confirmed Covid-19 case.Data on exposure was not available for 58% positive patients. The authors concede that their sample may not reflect national trends, but a prevalence of just 2% in patients hospitalised for respiratory problems in current times is small by any standards. The researchers are to be congratulated for their efforts but information on mortality is also needed. Mortality in the positive cases as compared to the patients who were not found to be harbouring the virus. It should be kept in mind that this data extended to mid March. There was no positive case in those aged between 10-19 years, while 65% of positive cases were more than 50 years and 16% between 40 and 50 years.

The probable reasons for the remarkably fewer deaths in India cannot just be under-ascertainment. Demography must be playing a role. Analysis of Italian deaths in the current pandemic has revealed that 99% of people dying had at least one comorbidity, and more than two thirds had 2 or more co morbidities. The median age of those dying was 83 years, and 70% of deaths were in those more than 70 years. Covid 19 killed less than1% people who were without co-morbidities. As opposed to Italy, less than 5% of population is above 65 years in India, while almost 48% are less than 21 years. India is a country of young people, who it has been seen in, other countries, to be less susceptible to being infected by SARS-Cov-2.

Research during the SARS epidemic of 2002 -2003 revealed that transmission of the SARS CoV significantly declined with rising temperatures. Activity of SARS virus almost became absent above 29 C. This paper was cited by a recent publication from MIT, that made the interesting observation that 94% of cases suffering from Covid-19 have been in areas with temperature below 17 C, only 6% of cases were seen in geographical areas above 17C. The current mean afternoon temperature in Delhi exceeds 30 C. Right now, Delhi has a temperature of 33 C, London 11C, Wuhan 17 C, Milan 14 C, Madrid 11 C, while both New York city and Washington DC will remain below 11 C all day. The mitigation in infectivity of SARS-Cov-2 by higher temperatures cannot be rule out. The combination of younger people and higher temperature may explain the lower prevalence in India. Importantly Australia has reported only 54 deaths , Perth has a temperature of 34 C and Sydney is at 21 C.

Scientists at University College, London recently found high rates of other coronavirus infections in February, but very low prevalence in summer. The researchers point out that a similar pattern may be possible with SARS-CoV-2 virus 2, but the effect of season may not have the same impact as social distancing. Arrival of summer also herald boosting of the immune system. Interestingly the original SARS CoV lost activity with mounting temperature and higher levels of humidity. Researchers from Hong Kong showed that SARS CoV viability on smooth surfaces was rapidly lost at higher temperatures and humidity ( 38 C). They suggested that this was the reason that countries such as Malaysia, Indonesia and Thailand with high temperature and humidity did not have major community outbreaks of SARS. It is well to understand that no SARS CoV likes sunlight, temperature and humidity. Sunlight reduces half life off the virus from 15 minutes to 2 and a half minutes, thats one of the reasons that Australia has seen less than 60 deaths so far; because they still have summer there. The virus gets uncomfortable at 30 C.

John Nicholls, a pathology professor at the University of Hong Kong, believes that SARS-CoV-2 is more like the coronaviruses that produce the common cold than SARS-CoV or MERS, that have much higher fatality rates. Nicholls reportedly has stated for the benefit of investment analysts that the natural environment shall be unfavourable to DSARS-CoV-2 in May. AccuWeather Founder and CEO Joel Myers hopes the picture regarding lowering of infectivity of SARS-CoV-2 due to temperature gets clearer by mid April. “Where spring comes early with above normal temps and more sunshine, the virus spread will faster than where clouds diminish the sunshine and temperature and humidities are slow to rise.” But this is a new coronavirus with no previous data correlating temperature with infectivity. An MIT paper buttressed by previous research on SARS-CoV reports that more than 90% of SARS-CoV-2 are localised in countries with temperature below 17 C. Chinese researchers postulate that one degree Celsius rise in temperature will reduce the reproduction (R) number by 0.02, reproduction number being the number of people one person infects, hence an R of 2 would imply one person is infection 2 persons. They have also shown that low temperature is favourable for SARS-CoV-2 transmission ( preprint server med Rxiv).

Apart from difference in age and variation in local temperature another tempting explanation for lower prevalence and less mortality in India may be the policy of universal BCG vaccination. Researchers have suggested that countries with a national program of universal BCG vaccination report lower incidence and fewer deaths. Countries that do not have compulsory BCG vaccination ( Italy and the US) have suffered much greater loss than those with. China did have a mandatory BCG program but this was disrupted severely in the 1950’s that saw considerable political churning.The Bacillus Calmette-Guerin vaccine was developed more than a hundred years ago to fight tuberculosis. It is named after the inventors, Dr Albert Calmette and Dr Camille Guerin , who developed it from tuberculosis bacteria infecting cows (bovine TB). The vaccine was first used for the first time in 1921Over the years it was found to be an effective immune system booster against virus, bacteria and parasites. Mortality has been shown to be reduced in underweight children with respiratory infections by BCG vaccine. A large randomised trial in underweight infants in Denmark demonstrated significant reduction in infectious disease mortality with the BCG vaccine. But there is no completed randomised trial on effect of BCG vaccination against Covid-19 as yet. A clinical trial including 1000 health care workers has ben initiated in Holland, and a larger trial is going on in Melbourne with 4000 healthy workers; half will be assigned to BCG vaccine plus the flu shot while the other half of participants will get only the flu jab. Results should be out in a few months to confirm whether the BCG vaccine provides protection against SARS-CoV-2.

The mystery of substantially lower prevalence and fewer deaths by SARS-CoV-2 may not be easily solved in the coming weeks. The fact however remains that incidence is low in India, which frankly has not done anything spectacular to contain Covid-19. Despite little effort the Indian “curve” is flatter than the ones seen in the West.Three possibilities have been discussed that could be keys to the puzzle. It would however be irresponsible and in fact foolish to lower ones guard against this new coronavirus. Meticulous hygiene and physical distancing is the new normal now and could stay with us for decades to come.But “social distancing” has to be appropriately timed for optimal effect, too early or too late implementation will simply flatten and broaden the curve to delay development of herd immunity. Handshakes or hugging may vanish in a post Covid-19 world. Maybe this virus will decide to suddenly vanish like its predecessor, the SARS virus in just a couple of years.I happen not only to be in the vulnerable age group but continue to manage heart patients every day; so I for one am longing for the temperature to climb to more than 40 C at the earliest. And yes to the best of my knowledge I did get a BCG jab as a child. The Chinese to their credit have published a staggering amount of data on Covid-19 but researchers are now facing a serious vetting program by their education ministry that wants to check all research investigating the cause of the pandemic. It therefore becomes imperative that research in India on SARS-Cov-2 is given the highest priority by the ministry of health, and the various medical publishing houses. This is of the utmost importance because 10 doctors have perished in the UK so far, all belong to BAME ( Black,Asian,and Minority Ethnic) background. We still are not at the end of the tunnel. And sealing hospitals right in the middle of an epidemic is plain ridiculous, because it is well known that a hospital is one place where one is bound to confront this new virus. Health workers are in close proximity to symptomatic patients / asymptomatic carriers and are therefore susceptible to infection, and sadly a few may succumb, but never before has their need been greater than now. Ostracising or abusing a health worker  should be considered a heinous offence. Moreover, risk of chronic diseases such as diabetes, hypertension, and atherosclerotic heart disease is bound to mount with lacs and lacs of people sequestered in their homes for weeks together. Covid -19 is not the only disease that a health worker or a hospital is to face for months and years to come. More than 2100 people have died in America in connection with this virus in the last 24 hours, but here in India only 22 people have perished. The incidence of Civid-19 is less in India and so is it its lethality. Hospitals are established  to heal sick people, not to be sealed on a whim. This is not the time for ham fisted knee jerk responses.