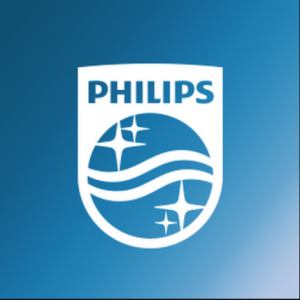 The world as most of us know has never hurtled down to chaos at such incredible speed. There are devastating floods within weeks of one another in Chennai, Northern England, Latin America and the USA. The earth rumbles under us from Afghanistan to Manipur within days of each other. Delhi along with Beijing is a gas chamber. An air base in Pathankot gets attacked with impunity by Pakistani terrorists and before the area is sanitized the politicians are congratulating one another for the fighting response; apparently 2 terrorists are still hidden somewhere in the area. The question is whom does one believe now. How is one so certain that there are 2 more infiltrators around because there could be more? Worse is the realization that 7 of our brave hearts are dead and as per reports 22 wounded. Five extremists have been shot dead in the encounter. The attack regretfully came days after Modi ji hugged the elected prime minister of Pakistan on the latter’s birthday in Lahore. Terrific response by our good neighbors.

At the same time the entire Shia world is currently seething. The Saudis executed a senior cleric and this was just the spark to ignite the worst sectarian crisis of our times. The New York Times suggests not only was the execution unwise and unwarranted but that it is an attempt to deflect public opinion from the sagging Saudi economy. The Saudis have a deficit of $100 billion this year largely because the price of oil is below $40 a barrel. The Saudis have however persisted with oil production in order to as they claim maintain their share in the market. The writing on the wall is that one of the best welfare states may in the near future be incapable of subsidising its people. The New York Times however fails to mention that an imminent war could turn very nasty if the Saudis ask for their pound of nuclear flesh from the Pakistanis, whose nuclear program they have been assisting financially all theses decades albeit clandestinely. It is public knowledge that Pakistan shall soon have the third largest nuclear arsenal after the Americans and Russians. It is also quite apparent that successive American administrations have looked the other way as Pakistan built its nuclear bombs. Both Republican and Democratic presidents for some inexplicable reasons permitted the Pakistanis to carry on with their stuff. It would be interesting to explore how many editorials and commentaries have expressed concerns about the nuclear weaponisation of Islamabad. Frankly, not many. But they get into frenzy when Iran seeks to initiate a civil nuclear program.

The Saudis I have learnt execute the victim with a curved silver sword that costs 2,500 pounds, apart from using a firing squad. The British prime minister Tobias Ellwood described the 47 chopping of heads as ‘disappointing”. This is as far that he went. A columnist of the London Times considered this in itself “disappointing”

Astoundingly the least concerned of all (but who probably are directly affected) are Indians. Delhi is a sitting duck but carries on with it’s day to day activities proud of the deadly air it breathes all day, and secure in the belief that America is the land of plenty, liberty and justice. Never mind if the peace loving Yankees let Pakistan stock atom bombs by the hundreds in our back yard as long as they are not in Cuba. It’s of course a different matter when John Kennedy went ballistic on learning that Khrushchev had installed some missiles off Havana. Now that really was a matter for concern. Most if not all Delhi-wallahs deeply connected to their iPhones/iPads move about clueless of the dark shadows looming over 2016. Most take considerable delight and pride in jobs with global companies unconcerned that stock markets are crashing all over the world. In Asia, the Nikkei was down 582 points with the beginning of the New Year. Hong Kong was lower by 587 points while the Chinese markets experienced an emergency shutdown with the CSI 300 dipping 7%. In Europe DAX went down 459 points. American manufacturing is in contraction as per evidence available and the economy is clearly in recession. Exports from South Korea (the world’s economic canary in the coal mine) fell by 13.8% on December as compared to 2014. Most European nations are staring down the barrel of recession while Germany is yet to reveal it’s gaping wounds in the next few months. Volkswagen and Deutsch Bank are not exactly in the pink of health.

A lot of people have watched the movie ‘Patton” that won 7 Academy awards, including best picture. George C Scott won the best actor award for his ferocious portrayal of the forthright 4 star general. Scott declined the award on philosophical grounds. Few will know despite watching the film that the man considered the most brilliant and audacious general of World War II was killed by the Russians or in fact by his own people. Patton had in 1944 raced across France to save US forces trapped in Bastogne ahead of his Third Army. Towards the end of the Great War, Patton was prepared to liberate Berlin before the Russians. Eisenhower and Truman had however struck a deal with Stalin that allowed Russia to take over all of Eastern Europe. Patton no longer fitted in the new global post war scheme. General Eisenhower who later became president for 2 terms stood smiling along Stalin watching a Moscow victory parade even as hundreds of thousands of German women were being assaulted by Russian troops.

Eisenhower and president Truman took away the Third Army from General Patton commandcompelling him to consider retirement. On a cold Sunday morning in December 1945, Patton’s limousine was struck by a 2.5-ton truck that veered suddenly right onto the limousine while coming from the opposite direction. Patton was seriously injured and paralyzed neck downwards and would soon die in hospital by pulmonary embolism on 21st December 1945. The two and a half ton truck that manifestly crashed into Patton’s car head on carried 2 people besides the driver. The driver and his passengers vanished after the accident. There was no inquest or inquiry by the Americans. No criminal charges were filed. There is no document or report available about Patton’s accident and worse there is information that American intelligence was repeatedly informed that Stain wanted Patton assassinated towards the end of the War. A former US secret agent boasted that he planned and participated in Patton’s death. He also claimed to have shot a projectile that broke the general’s neck.

Patton had survived an attack on his unarmed personal plane a few months earlier. There is no evidence of the Spitfire that strafed Patton’s plane and could have easily killed him had it not crashed itself. The driver, astonishingly, who crashed into Patton’s car was only never charged for any crime or negligence but was in fact allowed to vanish without a trace. Similarly whatever report existed has completely disappeared from the face of the earth. Patton’s death remains a mystery even today.

But now we are significantly more informed about false flags within the US and as to who has created and nurtured the ISIL. We need not be reminded that in spite of screaming headlines of the 47 executions by the Saudis in the Western press there has been still no official condemnation by the American government.

It thus becomes imperative that we citizens ramp up our ability to discern truths from half-truths while appreciating that deception and chicanery form the basis of statecraft.

A recent experience with a multinational that prides itself in excellence and integrity has been bitterly disappointing. I had placed an order with Philips India for installation of a catheterization laboratory on 21st November 2015. This was done after a few meetings with their senior sales persons who repeatedly underlined their sincerity and commitment to meeting deadlines. The lab, they assured me, would to be up and running in a months time. I paid an advance of Rupees 900,000/- by my personal cheque. There was a lot of cordiality and bonhomie till the cheque got encashed. The salesman who had been meeting up with me on a daily basis then disappeared for 10 straight days. It dawned to me by 4 th December that it would be impossible for Philips to honor their word and I therefore mailed them my decision to cancel the order and requested refund. I sent reminders on 11 th December 2015 and 18th December 2015 of my cancellation and refund. I am yet to receive a reply; today is the 5th of December 2016. A senior salesman from Chennai rang me up this evening to inform me verbally that ‘sales’ has finally initiated the process and it will take another 10 days. Ironically the cheque was collected in minutes but the refund will take hopefully more than 6 weeks. I have never received a single response to any of my mails.

What baffles me is the gall of these people. From where do they get the temerity for such misconduct and deceit? The parent company calls itself Royal Philips and states it is a leader in cardiac care focused on improving lives of common people. There can be nothing farther from the truth. This is in realty a bunch of mafia that under the veneer of civility conceals its DNA of thuggery and extortion. There is a culture of chicanery and deception that can make any reasonable person nauseous.

Royal Philips Electronics, the worlds largest lighting company faced allegations of defrauding an Italian television maker out of 200 milion euros ($285 million) because Philips refused to return his lone. The case went up in Delware Chancery Court in December 2012 as reported by Bloomberg Business.

The Wall Street Journal carried the story in April 2013 that Philips Electronics agreed to pay US regulators $4.5 million to resolve allegations of foreign bribery to hospital directors in Poland to induce them Philips equipment.

The take home message is simple; never take ‘global companies ’ or ‘American democracy’ at face value. They are quite capable of snapping your neck if they feel the need to; and ensure that no questions will ever be asked. They have done so unflinchingly in the past, and to the very  best.