Triglycerides (Trigs), which are fats in the blood, have not received rigorous attention enjoyed by the ‘bad” cholesterol also called low density lipoproteins (LDL). Trigs when raised in blood ,much like LDL, are also quite capable of triggering a heart attack or stroke. Some trigs are naturally produced by the liver and some by the calories or food we ingest. The more calories you indulge in the greater the Trig level. A level higher than 200 mg% is considered an increased risk for a cardiovascular event such as a heart attack or stroke. Very high levels exceeding 500 mg% can cause acute inflammation of the pancreas. People with high Trigs are usually overweight or have diabetes. Hypothyroidism can also raise Trigs levels. Excercise, reduction of weight, cutting down on alcohol are good ways to cut down Trigs in the blood. One is compelled to resort to medication if life style alterations do not work. Earlier trials with fibrates and niacin did not enjoy much success in reducing Trigs levels and were thus abandoned.

A lot of work has been done with fish oils containing there omega 3 fatty acids (3FA) eicosapentaenoic acid (EPA) and docosohexaenoic acid (DPA). Numerous previous trials with 3FA’s also have not shown clinical benefits regarding cardiovascular disease. A meta analysis of 10 randomised trials ( JAMA Cardiol 2018;3:225-34) including 78,000 patients did not show any improvement in major adverse cardiovascular events with 3FA when compared to placebo. The ASCEND trial ( N Engl J med 2018; 379:1540-50) that tested 840 mg of 3 FA’s in patients with diabetes also did not report any difference. The VITAL trial that examined 25000 participants with vitamin D and 3FA versus placebo did not show lowering of the incidence of the primary outcome of death, myocardial infarction, or stroke ( N Engl J Med 2019;380:23-32).

A Japanese study (JELIS) done more than a decade ago did show improved clinical outcomes with 1.8 grams of EPA plus a statin; a 19% reduction in cardiovascular events (Lancet 2007;369:1090. The American Heart Association as recently as last week come out with an advisory recommending prescription EPA for safe reduction of Trigs by administering prescription EPA alone or a prescription combination of EPA + DPA ( Circulation ;19 August 2019). The researchers have based their conclusions upon analysis of 17 clinical trials, but the weight of the recommendation is based largely on the REDUCE-IT trial. The FDA has already approved prescription 3FA’s to treat very high Trig levels >500 mg% 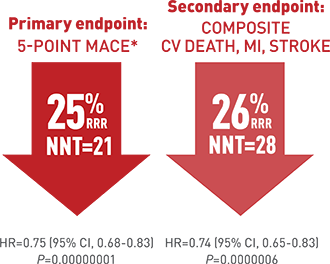 The REDUCE-IT rial randomised more than 8000 patients in a double blind manner to 4 grams of icosapent ethyl ( prescription EPA) plus statin or placebo. Patients that were included had to have established cardiovascular disease or diabetes plus another risk factor. The primary end point was a composite of cardiovascular death, myocardial infarction, stroke, unstable or myocardial re-vascularization. Secondary end point was a composite of cardiovascular death, myocardial infarction or stroke). At the end of 5 years a primary end point event occurred in 17.2 % of patients in the icosapent ethyl group as compared with 22% in the placebo group 9 P<0.001).This is an absolute 20% reduction meaning only 20 patients are needed to be treated for 5 years to prevent a cardiovascular event. Overall 60% patients had diabetes , at base line LDL cholesterol was well controlled ( median value 75 mg%) while Trigs were slightly raised ( median value 216 mg %). These staggering results have raised eyebrows because as mentioned earlier trials have not shown these levels of efficacy. The researchers were themselves at a loss to explain a 25% reduction in clinical outcomes. They also concede that they cannot pin down the exact reasons driving such improved outcomes. There may be an anti thrombotic effect in view of increased bleeding with the icosapent ethyl as compared to placebo. Or there may be an anti inflammatory effect, which stabilises the cap covering the atherosclerotic plaque. It is well to remember that it is not the extent of blockage in a coronary artery but the instability of the cap of the block that is more lethal.

The REDUCE-IT trial however used a mineral oil containing capsule in the placebo group; being a double blind study the mineral oil capsule had to masquerade as the treatment fish oil; 3FA. It is quite possible that the mineral oil interfered with statin absorption as also with other heart medicines in the placebo and therefore results got tilted in favour of the 3 FA treated group. Also LDL cholesterol went up by more than 10% and Trigs were up by 2.2% in the placebo group; once again advantage icosapent ethyl group. By 2 years C reactive protein had gone up a s high as 32.3% in the placebo group. But far more patients in the treated group developed atrial fibrillation requiring hospitalisation (3.1% vs. 2.1%; p=0.004). The authors concluded that among patients with raised Trigs despite intake of statins risk of cardiovascular ascetic events are substantially lower with 4 grams of icosopent ethyl taken daily as compared to placebo. The REDFUCE-IT trial was sponsored by industry that was responsible for collection and management of there data; the lead author of the trial however is a top cardiologist with impeccable academic credentials.

More trials are needed to confirm the conclusions of REDUCE-IT that icosapent ethyl significantly prevents cardiovascular events in people with an LDL as low as 75 mg% but slightly raised Triglycerides. Maybe a better option at least for non vegetarians would be to consume a fatty fish like salmon, tuna or a mackerel. Icopent ethyl on the other hand is a synthetic derivative of EPA and thus can be safely taken by vegetarians. The FDA is yet to approve icosopent ethyl for cardiovascular protection; the agency plans to hold an advisory committee meeting in November this year. Currently icospent ethyl is only approved for severe hypertriglyceridemia of > 500 mg%. The REDUCE-IT trial did not use fish oil supplements available overt the counter but a prescription medicine.

The last big meta analysis including 10 randomised trials with more than 75000 patients (mentioned earlier) concluded that  the 2016 European Society of Cardiology and European atherosclerosis Society guidelines for prevention of cardiovascular disease ere unconvinced that omega3 FA’s provide protective effects (JAMA Cardiol 2018;3:225-234). The American Heart association ( Circulation 2017; 135(15) e8670-e884)  on the contrary recommended that omega 3 FA’s are justified for cardiovascular protection in patients with prior heart disease and those with reduced ejection fraction heart failure. But the meta analysis found that use of 1 gram per day of omega 3 FA’s was ineffective in prevention of heart attack, death or any other vascular event, in patients with prior cardiovascular disease. The authors of this meta analysis are prudent enough to suggest that a higher dose of 3-4 grams per day of EPA may be be effective in cutting risk of major vascular events. The REDUCE-It trial has so far filled the gap, but  there shall  be more certitude with  completion of the higher dose EPA/DPA omega 3 FA’s  randomised trials.