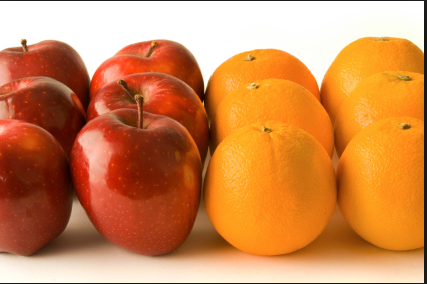 Most patients with diabetes have little information on the effect of fruit on their blood sugar. The advice that fruits should be consumed sparingly has been promulgated for decades. There is however evidence that fruits do not only do not necessarily raise blood sugar but paradoxically reduces complications of diabetes and actually cut down mortality.

There are currently more than 400 million patients of diabetes, with a large chunk of them in India. India is the second largest producer of fruits in the world (China being the first). India grows about 40% of the world’s mangoes and papaya, and 25% of bananas. A portion of fruit contains 15-20 g of carbohydrate, while a can of Coca Cola or a medium slice of chocolate cake has 35g of carbohydrate. The sugar in fruit however is metabolically very different from refined sugar added to a cola or cake.

A mammoth Chinese study including 5 lakh people has concluded that eating fruit reduces development of diabetes by a significant 12% in people who did not have diabetes to begin with. The investigators also report that regular consumption of fruit in patients with diabetes resulted in significant lowering of mortality and complications of diabetes. The researchers conclude that their large epidemiological study in Chinese adults demonstrates higher fresh fruit consumption was associated significantly lower risk of diabetes and among diabetic individuals lower risks of death and development of major vascular complications.

Fruit may not be considered as healthy as fresh vegetables because of high sugar content, and prospective evidence on relevance of fruit consumption in connection with blood sugar is scarce. The Chinese trial recruited 500,000 adults from 10 districts across China from 2004-2008, and their health was tracked over 7 years. Daily consumption of fresh fruit was associated with 12% lower relative risk of developing diabetes compared to never or rare consumption of fresh fruit. 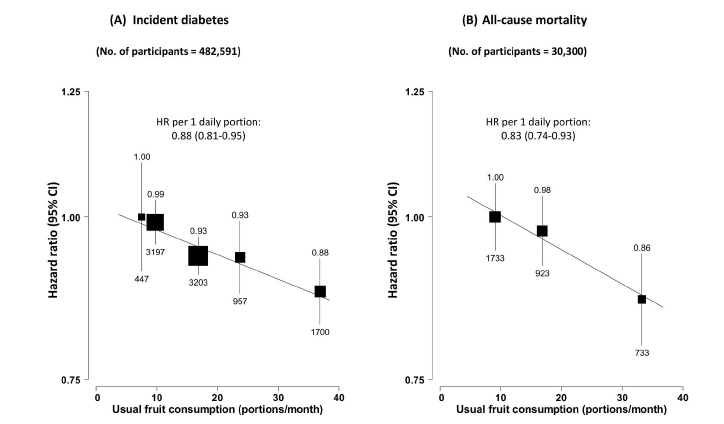 In those individuals who already had diabetes at base line( more than 30,000 patients), consuming fresh fruit more than 3 days a week was associated with a 17% relative lower risk of dying from any cause. There was also 13% to 28% lower risk of developing diabetes related complications affecting large blood vessels (heart disease and stroke) were free of diabetes and small blood vessels (kidney disease, eye disease, and neuropathy) than those who ate fruit les than one day per week.

A recent meta-analysis of more than 400,000 participants from 11 trials (with 34,000 incident diabetic cases) reported that higher fruit intake was associated with 9% lower risk of diabetes incidence. But it should be borne in mind that the participants of this meta-analysis ate processed fruit and took fruit juice along with fresh fruit. 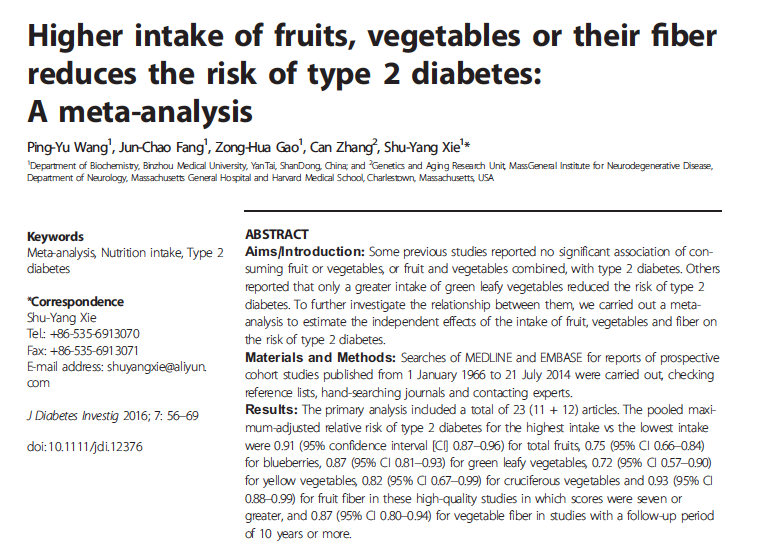 The protective mechanisms behind beneficial effects of fruit are still not well understood. The natural sugars of fruit (glucose and fructose) may not be metabolized in the same fashion as refined sugars. Fruit is a good source of vitamins, dietary fiber, minerals, anti-oxidants and polyphenols. These micronutrients in fresh fruit provide anti-oxidative, anti-inflammatory, anti-proliferative, anti-platelet, anti-hypertensive, anti -athereogenic and anti-hypergycemic effects. Fruit may also positively affect the metabolic activity of gut micro-biota to reduce risk of diabetes and in case of diabetics, development of vascular complications. 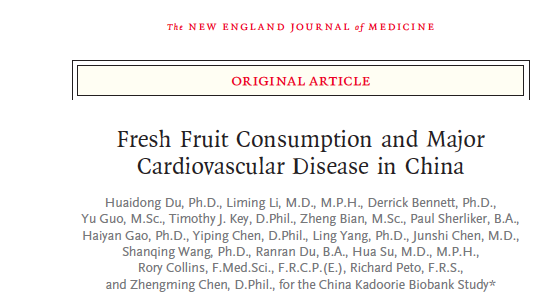 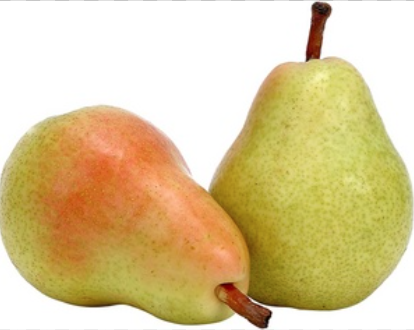 One should, based on available evidence, never hesitate to eat fresh fruit. People suffering from diabetes must consume fruit such as apple, oranges and pear to reduce both mortality and complications. Tinned fruit (in sweetened syrups), packaged fruit juice and all types of sodas/colas are best avoided because these products come with refined sugars. Fruits as also vegetables are best eaten raw as cooking fruit leaks out the essential nutrients. The studies discussed are quite large in size but are essentially observational, and therefore cannot confirm causality. They at best suggest eating fruit benefits both the general population and people with diabetes; this is the best evidence that we have right now. 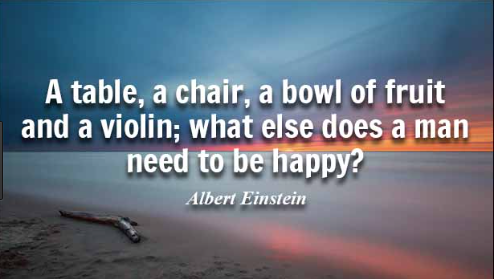