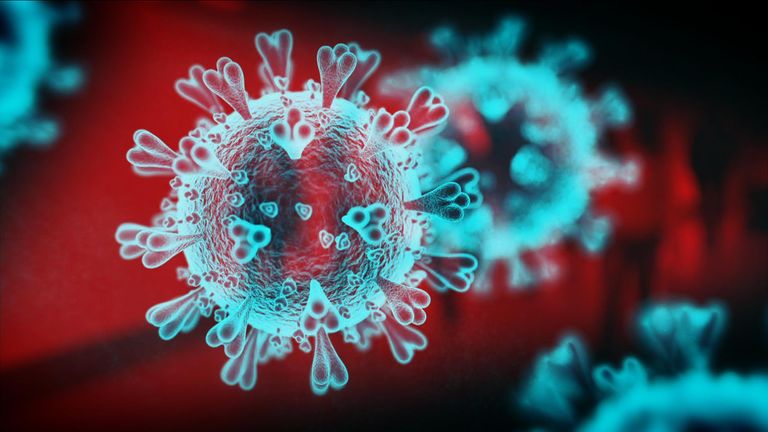 For me the greatest revelation in the current pandemic has been the realisation by the New York critical care specialists that the lung pathology of Covid 19 is quite different form the much studied acute respiratory disease syndrome (ARDS). The chest X Ray and CT scans do look like that of ARDS but prompt intubation on spotting low oxygens in blood has led to mortality ranging from 70-100% in most centres. Doctors have frequently observed that patients suffering form Covid-19 present with dangerously and unheard levels of oxygen saturation, as low as 20% ! But the patient appears untroubled by the low oxygen sat, and even continues talking over the phone. This has never been seen before. A patient with such low oxygen level has always been accompanied with a fast heart rate and loss of consciousness. It is therefore being recognised that Covid-19 lung changes is a separate disease needing a different approach. The lungs in Covid 19 have high compliance to begin with, this is like a thin walled balloon that requires little pressure for inflation. Most patients with Covid-19 are being successfully managed with mere oxygen administration by a tube or CPAP, at most. The few who develop reduced compliance are the ones that need to be intubated and connected to a mechanical ventilator. Reduced compliance can be imagined as a balloon with thick walls that needs greater pressure for expansion. Most probably the high mortality with ventilators has been because of indiscriminate employment of ventilators. No one can be faulted for this because this disease is brand new and a midway change in protocol during a pandemic can be very difficult. Maybe a change in paradigm is required a fresh approach to ventilation needs to be sorted out by leading pulmonologists and critical care specialists coming together.I raise the point on the use of ventilators in the current pandemic because it may be possible to reduce mortality by as much 50 % in the sickest cohort of patients. But only a randomised study and time will reveal the truth. A recent study of 5700 patients admitted in New York City revealed that almost all patients had at least one co morbidity, and 88% had at least two. Only 6% had no previous health issue.50% suffered from hypertension, 40% had obesity and 30% were diabetics. About 20% of patients died. Of the 320 patients (intubated and connected to a ventilator) , 282 died (88%). Almost a third of patients did not have fever when they came to hospital, 17% had a respiratory rate greater than 24 per minute and 28% got supplemental oxygen. The take away is that a lot of sick patients may not have fever at admission. But crucially one must address the high mortality associated with ventilators, as has been done by a Dr Cameron Kyle-Sidell working in a Brooklyn hospital. He was one of the first to notice that the conventional protocol of treating Covid-19 patients as ARDS did not seem to work in a substantial number of patients.ARDS could be present in patients with Covid-19 but is not uncommonly associated with pneumonia, sepsis, and lung injury. Ventilators for every Covid-19 patient was red flagged in a letter to the editor published in late March by the American Journal of Respiratory and Critical Care Medicine that underscored: “an overwhelming number of patients” in northern Italy showed characteristics “in sharp contrast to expectations for severe ARDS.” The author of the letter is anaesthesiologist Dr. Luciano Gattinoni. One of the top American pulmonologist Prof. Martin Tobin too advised that lung pathology in Covid-19 patients differed from classic ARDS. As for now Dr. Kyle-Sidell has stepped down form his ICU position because his approach is against the grain of the conventional protocol. “These didn’t fit the protocol, and the protocol is what the hospital runs on,” he told Medscape “We ran into an impasse where I could not morally, in a patient-doctor relationship, continue the current protocols which, again, are the protocols of the top hospitals in the country. I could not continue those. You can’t have one doctor just doing their own protocol. So I had to step down.” Oddly the WHO advises prompt intubation and mechanical ventilation as the preferred approach, rather than use of CPAP. 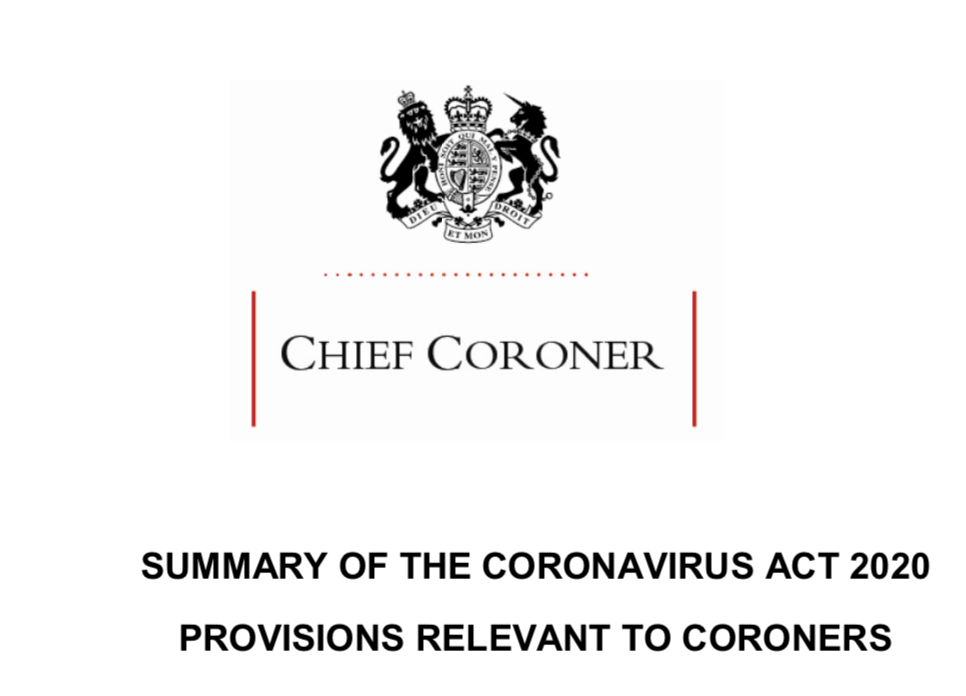 In the mean time we must turn our attention to mortality associated with Covid 19; what better than to quote a leading German virologist and expert who has explained that a man can die because of SARS-CoV-2 , that causes the Covid-19 disease or could die along with the virus inside him. He gives the example of a man in his seventies dying from heart failure (not uncommon) without SARS-Cov-2 in his lungs, but being positive for the virus. The Italian Institute of Health (ISS) reported that only 12% of Covid -19 deaths were registered as being caused by the virus. Also 99% of the patients who died had at least one co morbidity. More than 75% had 2 chronic diseases. Italy’s death registration process does not distinguish those who are killed by the virus from those who have the virus in their body. Strangely almost all other countries are following the same methodology to registrar deaths by Covid-19. Germany also considers any Covid-19 infected person who dies as a Covid-19 death, whether or not it actually caused death. The CDC’s National Vital Statistics Service states “It is important to emphasise that Coronavirus Disease 19, or Covid-19, should be reported for all decedents where the disease caused or is presumed to have caused or contributed to death.” “In cases where a definite diagnosis of Covid-19 cannot be made, but is suspected or likely (e.g the circumstances are compelling within a reasonable degree of certainty), it is acceptable to report Covid-19 on a death certificate as “probable” or ‘presumed.”m In these instances, certifiers should use their best clinical judgement in determining if a Covid-19 infection was likely.” Northern Ireland’s HSC Public Health Agency defines a “Covid-19”death as “Individuals who have died within 28 days of first positive result, whether or not COVID-19 was the cause of death.” England is no better. The Office of National Statistics (ONS) was initially reporting only figures provided by the Department of Health and Social Care (DHSC), which records only those dying in hospital and have tested positive as Covid -19 deaths. But from now on the ONS will include patients who have died in the community, including those not tested for Covid-19 and in whom “suspected Covid-19” is presumed to be a ‘contributing factor.” The official NHS advisory for filling death certificates is “ If before death the patients had symptoms typical of COVID19 infection, but the test result has not been receive, it would be satisfactory to give “VOVID-19” as the cause of death, and then share the result when it becomes available. In the circumstances of there being no swab, it is satisfactory to apply clinical judgement.” The government is instructing doctors to declare deaths as being caused by Covid-19 without any evidence of infection. The office of the Chief Coroner does not require “Covid-19” to be referred to a coroner, doctors can sign off a cause of death for a body they have never seen. “Any registered medical practitioner can sign an MCCD ( Medical Certificate for Cause of Death), even if the deceased was not attended during their last illness and not seen after death, provided that they are able to state the cause of death to the best of their knowledge and belief.” Deaths in the community can now be considered as Covid -19 deaths without testing for the disease or even seen by a doctor. These deaths will not necessarily be referred to a coroner, and certainly not herd by a jury. One can clearly note that the merging picture is of inflated death rates due to to SARS-Cov-2. After publicly declaring that unchecked Covid-19 would kill more than 500000 people in Britain, Prof. Neil Ferguson in his testimony before parliament , said that he expects fewer than 20000 Covid-19 deaths in the UK, and two thirds of these people would have died anyway. Put in another way the crude figure for “Covid -19 deaths” is three times higher than there number who have actually been killed by Covid-19. The BBC reported : “An 18 year old in Coventry tested positive for coronavirus the day before he died and was reported as its youngest victim at the time. But the hospital subsequently released a statement saying his his death had been due to a separate “significant” health condition and not connected to the virus. The also clarified that it ‘had tested for Covid-19 on the day before he died, but this was not linked to his treason for dying.” But despite the hospital statement the fact remains that as per current rules in Britain the death of this boy remains a “Covid -19 death.” Also about 250000 to 65000 people die of flu or “flu like illness”, every year, anyway, so how do we separate these deaths from “Covid-19 deaths.” Instead of providing the correct numbers, most if not all governments are presenting inflated numbers that are driving the public witless with fear.