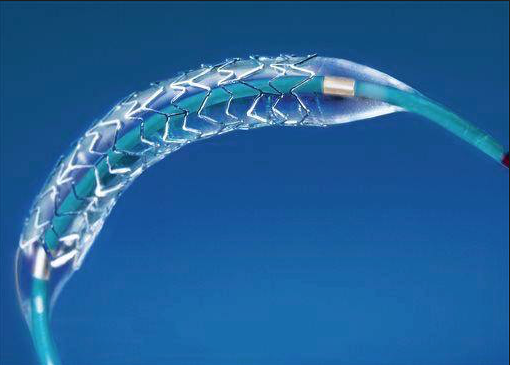 The hallmark of drug eluting stents (DES) is the reduction of restenosis, which is achieved by anti-proliferative drugs that elute from a polymer covering the struts of the DES (neo-intimal hyperplasia being significantly reduced). But first generations DES were associated with increased risk of stent thrombosis (ST) as compared to bare-metal stents (BMS), because of strut size and the inflammation/hypersensitivity triggered by the polymer. Late ST sparked off interest in development of DES with biodegradable polymers (BP) to improve safety profile. A pooled analysis of the ISAR-TEST 3, ISAR-TEST 4 and LEADERS trials found that BP-DES were associated with significantly reduced ST and clinically driven target lesion revascularization (TLR) at the end of 4 years (Eur Heart J 2012; 33:1214-22).

The Chinese have come up with a large randomized trial comparing 2 types of BP-DES (both of stainless steel); one in which the polymer is dissolved in 3 months while the drug is eluted in a month (BuMA stent), and the other in which the polymer is degraded in 6-9 months and the drug eluted in 3 months (Excel stent). Both BP-DES eluted sirolimus. A single center study done in randomized fashion earlier has shown that the BuMA stent had superior strut coverage when assessed by optical coherence tomography (OCT) (Euro Intervention 2014; 10:806-14).

The present Chinese study called the PANDA III trial published by JACC has reported that the BuMA stent was non-inferior to the Excel stent for 1-year target lesion failure (TLF) but had a lower incidence of ST. More than 2000 patients were assigned either to BuMA or the EXCEL stent in a randomized manner, and at the end of 1 year both groups had similar TLF of 6.4%, but ST occurred in 0.5% in BuMA as compared to 1.3% in the EXCEL stent group (p=0.048). Inclusion criteria in the study were patients of stable angina, unstable angina, myocardial infarction with at least 1 coronary artery with diameter stenosis >50% and reference vessel diameter ranging from 2.5mm to 4mm. All patients received aspirin and clopidogrel as per standard protocol and unfractionated heparin at a dose of 70 -100 IU/kg to maintain activated clotting time at 250s. Target lesion failure (TLF) was defined as composite of cardiac death, target vessel myocardial infarction or ischemia driven target vessel revascularization.

It has been theorized that different polymer kinetics (accelerated drug elution and polymer biodegradation) might promote early arterial healing without compromising efficacy. The PISCES trial has shown that low dose paclitaxel elution for 30 days had better angiographic results than low dose paclitaxel elution of 5-10 days. The conclusion drawn from the PISCES trial was that drug elution for 30 days was necessary for efficacy of a DES. The PANDA III trial has documented similar TLF with the BuMA (fast release and degradable polymer) and EXCEL (delayed drug elution and dissolving of polymer) stents. The results indicate that stents with different polymer kinetics were associated an equally low rate of adverse clinical events in mid-term follow up (JACC 2016;67:2249-58).

Hence so far we have no evidence that BP-DES are associated with better clinical outcomes when compared to durable polymer stents eluting everolimus. Further randomized trials are warranted to establish the optimal type of stent device for treatment of coronary artery disease bearing in mind that we have broadly 3 types of devices with us; BP-DES. DP-DES and the fully absorbable vascular scaffold.Trials using an Indian made BP-DES (eluting sirolimus ) with cobolt chromium strut thickness of only 60 microns have demonstrated that the stent is safe and effective at mid term.