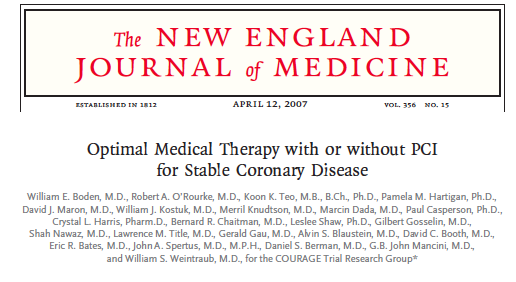 Beta-blockers are the foundation of drug treatment for patients of angina. The COURAGE trial convincingly confirmed the fact that medical therapy was equivalent to percutaneous coronary intervention (PCI) in patients with stable angina. The rates of death and myocardial infarction did not differ in both groups; this was a randomized study. Medical therapy almost always consisted of a beta-blocker with addition of a calcium blocker and nitrates. Beta-blockers are successful in treatment of stable angina by their ability of reducing myocardial oxygen consumption. 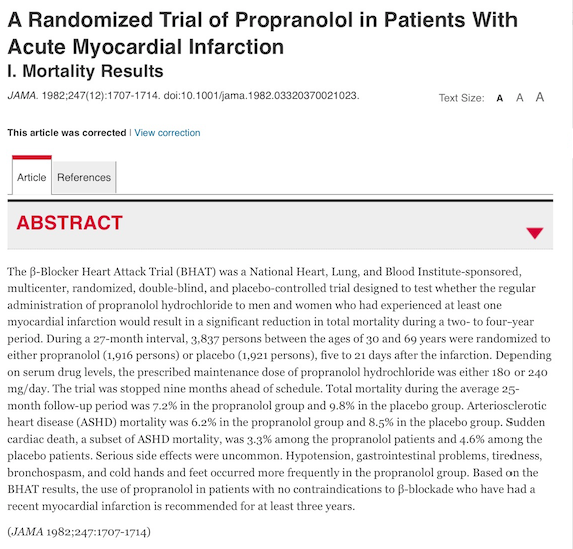 Beta–blockers usage for coronary artery disease stretch back to the 1970’s, and by the 1980’s beta-blocker were being used soon after an acute myocardial infarction (MI) with the publication of the BHAT trial that demonstrated in a prospective randomized fashion that propranolol reduced mortality as compared to placebo when given soon after acute myocardial infarction. American cardiac societies give beta-blocker Class I recommendation for up to 3 years following acute MI. 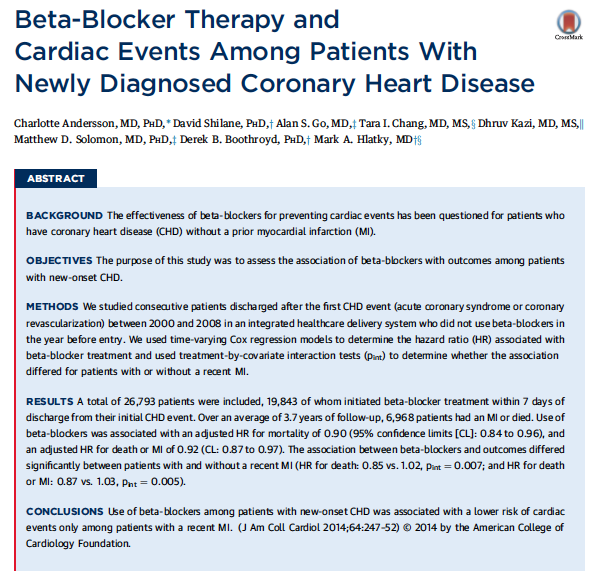 It has been hypothesized that this lack of benefit of beta-blocker in stable angina may be due to the inability to reduce central aortic pressure as seen in the CAFÉ subset of the ASCOT hypertension trial. The CAFÉ study reported that a combination of amlodipine with perindopril reduced central aortic pressure more than atenolol combined with a thiazide diuretic, despite equal lowering of brachial artery pressure. Cox proportional hazards modeling revealed an association of central aortic pressure with cardiovascular outcomes and development of renal impairment. Beta-blockers are also known to disturb metabolic measurements of lipids and blood sugar. Non-selective beta-blockers can precipitate coronary artery spasm leading to unstable angina. 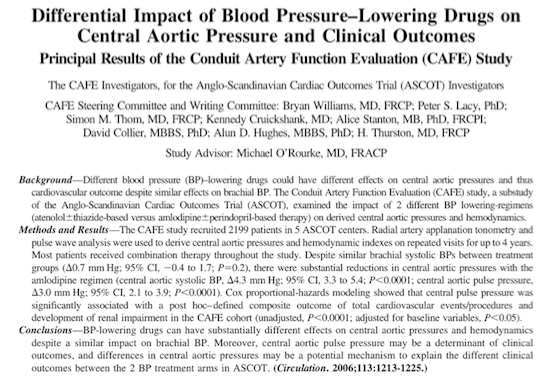 An analysis of an US National Cardiovascular Data Registry (NCDR) , which included patients >65 years with stable angina who underwent elective PCI, has reported that beta-blockers did not improve clinical outcomes till 3 years as compared to placebo. The study included patients of stable angina without prior history of MI, systolic heart failure or left ventricular ejection fraction <40%). These patients underwent elective PCI and were retrospectively analyzed for predictors and trends of beta-blocker prescriptions at discharge (JACC Cardiovascular Interventions 2016;9:1639-48). 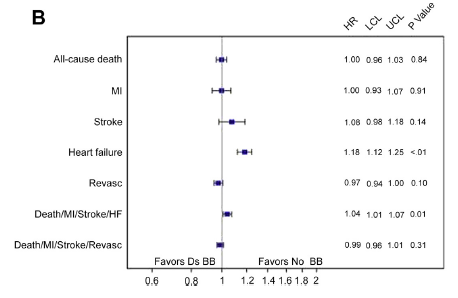 Out of a total of more than 755,000 patients studied, 71% were discharged on a beta-blocker. The principal finding of the study was that beta-blocker use at discharge in stable angina patients >65 years, without prior MI, left ventricle systolic dysfunction (LVEF <40%), or systolic heart failure was not associated with lowering of mortality, MI, stroke, or revascularization at 30-day and 3-year follow-up.

The basic pathogenesis of acute coronary syndromes that are caused by bursting or erosion of vulnerable plaques differs from stable angina, which is fundamentally due to oxygen requirement mismatch produced by a stable stenosis in a coronary artery. Successful PCI by removing the culprit stenosis restores blood flow to the myocardium and hence obviates the need for reduced heart rate and LV contraction by a beta-blocker. Beta-blockers may decrease angina frequency and ischemic burden in partially revasularized patients. Beta-blockers are considered an integral component of optimal medical therapy for these patients. Beta-blockers may not be of clinical use subsequent to complete revascularization by elective PCI in patients with stable angina.

The researchers analyzing the NCDR noted that there was increase in heart failure in patients prescribed a beta-blocker. The mechanism for heart failure is still unclear as also the potential for harm.