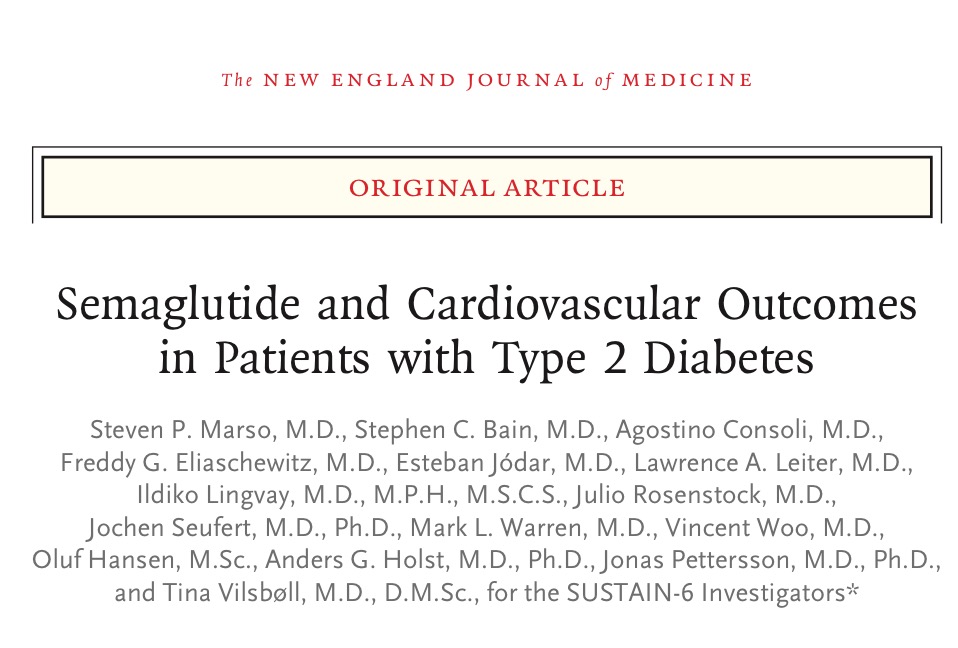 We now  know that elections and are being rigged, both in the developing world, and in the first world. This realization is no longer the monopoly of conspiracy theorists. More startling however is the gradual clearing away of the fog over the publication of manifestly tailored scientific data that have been going around for quite a few years with the active connivance of leading medical journal editors. It has now become imperative to scrutinize every bit of the methods employed in a study, and the results presented to draw ones own conclusion, which more often than not may vary considerably from that of the researchers. Most, if not all, of these trials are industry sponsored and therefore guarantee reprint orders to the tune of hundreds of thousands of dollars. There is an extra-ordinary grip by the corporates on the major medical journals of the world. The main stream media have been all along unwittingly or by choice, pliable. 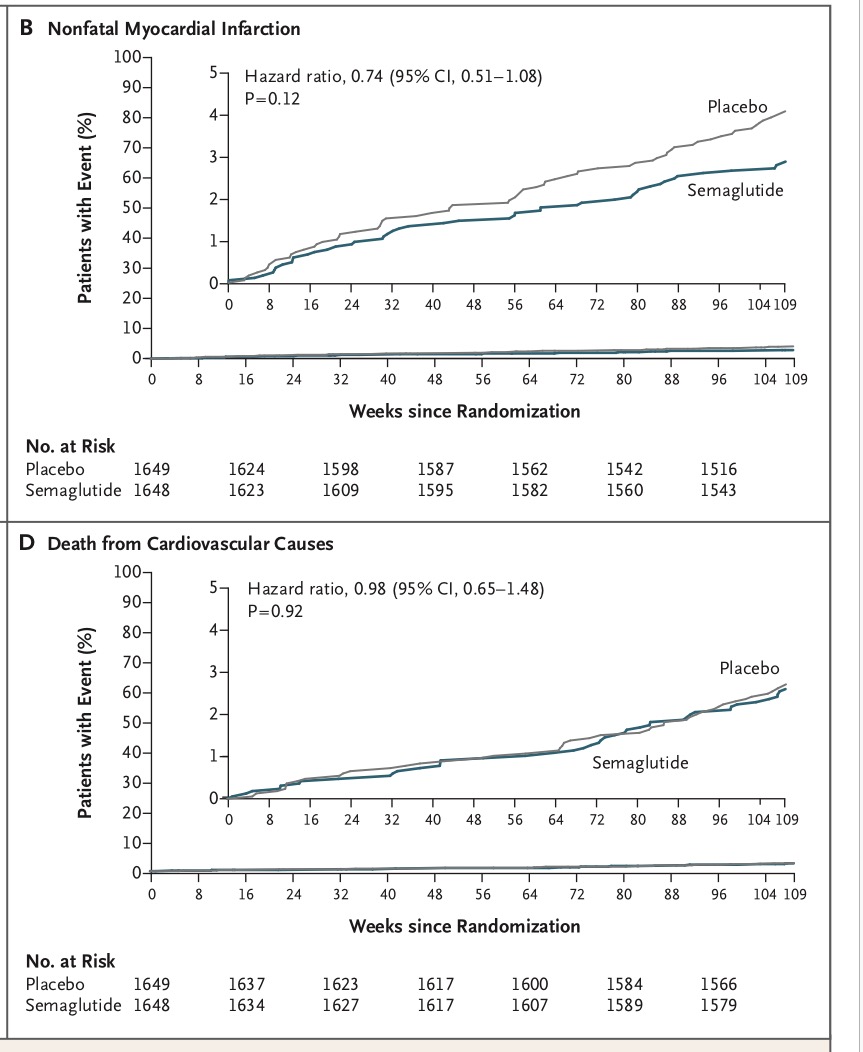 An intriguing randomized trial, published 3 years ago, concluded that intervention with exercise in overweight diabetics as compared to diabetes education and support, was of no use in cutting down cardiovascular events in a median follow up of almost 10 years. This trial was in complete variance to all epidemiological observational data that have suggested exercise coupled with a healthy diet, lowered cardiac events.

Moreover this trial was published when humungous efforts were being made to introduce a new class of drugs called incretin-mimetics to treat type 2 diabetes. These drugs were divided into 2 broad groups; DPP-4 (dipeptidyl-peptidase) inhibitors and GLP-1 analogues. The latter drugs (injected either daily or once a week), tackle hyperglycemia by triggering insulin release, curtailing production of glucagon and enhancing satiety.

It is incumbent on a treating physician to constantly underscore the importance of a healthy lifestyle to patients with chronic disease such as diabetes, coronary artery disease and hypertension. It therefore becomes a matter of concern when a leading medical journal publishes a trial delivering quite the opposite message.

The New England Journal of Medicine published this randomized study, which, concluded that there was no benefit of weight reduction in patients with type 2 diabetes by reducing caloric intake accompanied by exercise, in reducing cardiovascular events (NEJM 2013; 369:145-54). A total of 5,145 overweight or obese patients with type 2 diabetes were assigned to an intervention group, and a control group (receiving diabetes support and education). The trial was stopped prematurely when median follow up was 9.6 years, on the basis of futility. An intensive life style intervention, concentrating on weight loss, was unable to cut down cardiovascular events in overweight or obese diabetic patients. The primary outcome, a composite of death from cardiovascular causes, non-fatal myocardial infarction, nonfatal stroke, or hospitalization for angina, was similar in both the intervention and control groups.

The average age of participants in this trial was 58 years, with mean duration of diabetes of only 5 years. But the body mass index was more than 35 in both groups. The mean weight loss from baseline was 6% in the intervention group and 3.5% in the control group. The weight at baseline in both groups was a little more than 100 kg. There would be extremely little chance for any cardiovascular benefit in a group of patients who dropped their weight from 102 kg to 94 kg, because they continue to be more than overweight. Moreover, there was no change in glycated hemoglobin in either group by the end of the trial, and in fact it was a bit higher from baseline in the control group by the end of the study.

The mean waist circumference at baseline was 114 cm in both groups, and by the end of the study dropped to 112 in the intervention group while there was little or no change in the control group.

So we have more than 2,500 overweight patients with diabetes who remain heavier than 94 kg at the end of the study despite exercise and caloric intake reduction. We have no information whether they were on statins as prevention or if they were prescribed an ACE inhibitor. The researchers should have expected the negative results because apart from the marginal lessening of weight, all patients were normotensive (systolic pressure 128 mm Hg, diastolic 70 mm Hg), and had low-density lipoprotein level of 112 mg. Only 14% had history of cardiovascular disease. The original study was to extend up to 13.5 years but was aborted at 9.6 years on the basis of “futility”.

The study is available for free, while an editorial largely critical of the trial is not. The editorial rightly points out that there are too many confounders at play and recommends checking on retinopathy, a diabetes related outcome that has a quicker response to therapy.

This year, the NEJM has published 2 trials reporting reduced cardiovascular events with the new GLP-1 analogues, liraglutide and semiglutide. I have already written a critique on the liraglutide trial, which brazenly amplified efficacy while brushing serious adverse events under the rug.

Now we have the SUSTAIN-6 investigators (again funded by Novo Nordisk) publishing in the NEJM ( 16th September 2016), a randomized trial that used once a week injection of semiglutide as compared to placebo in more than 3,000 patients of type 3 diabetes. The researchers conclude that in diabetics with high cardiovascular risk the rate of cardiovascular death, nonfatal myocardial infarction, or non-fatal stroke was significantly lower with semiglutide as opposed to placebo.

On closer inspection one finds that there is a non significant 1% reduction in myocardial infarction and a mere 1.1% lowering of stroke with the once a week injection of 0.5 mg or 1.0 mg, semiglutide. Crucially, there was no difference in mortality. Alarmingly, rates of retinopathy complications (vitreous hemorrhage or blindness) were significantly higher with semiglutide as compared to placebo (hazard ratio 1.76%; p=0.02). More patients on semiglutide had to discontinue treatment because of gastrointestinal adverse effects. Rates of new nephropathy were lower in the treated group.

Patients included in the trial had to be 50 years or more with established cardiovascular disease, chronic heart failure, or chronic kidney disease of stage 3 or higher; or an age of 60 years or more with at least one cardiovascular risk factor. Glycated hemoglobin fell from 8.7% at baseline to 7.6% (0.5 mg semiglutide) and 7.3% (1.0 mg) in the treated group while with placebo mean level decreased merely to 8.3% (a reduction of 0.4%), after a follow up of 104 weeks (a little over 2 years). Patients enrolled in this trial had been suffering from type 2 diabetes for 14 years.

We are left to grapple with the same problems that were presented with the liraglutide-randomized trial (supported by Novo Nordisk). This trial, similarly reports marginal benefits at great cost (micro vascular complication such as retinopathy and economic). The benefits clearly do not outweigh the risks. The drug is investigational and the cost is still to be fixed, but a conservative estimate would be thousands of dollars foe one year, much beyond the reach of millions of diabetics spread over India. The average patient with type 2 diabetes would be very nervous on being informed that there could be significant increase in retinal disease with the new drug.

The researchers have been permitted by the journal to conclude their discussion stating that “among patients with type 2 diabetes at high cardiovascular risk, the rate of first occurrence of death from cardiovascular causes, nonfatal myocardial infarction, or non fatal stroke was significantly lower in those receiving semiglutide than in those receiving placebo which confirmed noninferiority.” In reality as mentioned earlier, there was no significant difference in death or myocardial infarction with semiglutide. There was significant reduction in stroke with semiglutide suggesting an anti-atherosclerotic effect.

The choices will ultimately with the patient and the treating physician, whether to escalate an on going oral hypoglycemic regimen with insulin, and achieve cardiovascular stability or opt for this new drug   that provides meager cardiovascular benefit under the dark shadow of potential blindness, and a big hole in the pocket.