Sodium glucose co-transporter 2 inhibitors (SGLT2i) are weak agents where sugar lowering is concerned in patients with type 2 diabetes. They have at best a modest lowering effect on HbA1C levels; they lower blood glucose by preventing reabsorption in the kidney, at the same time they also ensure that sodium too is not absorbed but excreted by the kidney. Empagliflozin has shown significant reduction in cardiovascular mortality and also hospitalisation for heart failure in patients with type 2 diabetes on background anti diabetes medication. In fact considerable data is now emerging that SGLT2i prevent heart failure in patients with and without atherosclerotic disease, with and without heart failure, across a range of impaired kidney function, and even in patients without diabetes. The mechanism for correcting heart failure is still mystery, it is independent of glucose lowering mechanisms. It is conjectured that improved kidney haemodynamics is associated with a salutatory effect on heart muscle; or maybe there may be a direct positive effect on cardiac muscle metabolism. They also of course act as an expensive diuretic, but the mechanism is quite unique.

Conventional diuretics reduce preload and congestion by reducing intra-intra-vascular volume, while SGLT2i deplete interstitial fluid rather than fluid in the vasculature. Afterload is lowered by SGLT2i by reducing blood pressure and vascular stiffness. In heart failure heart cells rely on non -esterified fatty acids for metabolism. SGLT2i increase ketones levels that are considered to be ‘super fuels’ superior to glucose and fats acids for energy production by the mitochondria. The third hypothesis is that SGLT2I interfere with the hydrogen ion exchange pump system and thereby cut down both sodium and calcium in heart cells, resulting in better mechanics. Both fibrosis and collagen synthesis is prevented by SGLT2I, improving cardiac function.

Now a new large randomised trial has demonstrated that the diabetes drug dapagliflozin (an SGLT2i) substantially improves clinical outcomes in patients with established reduced ejection fraction heart failure, remarkably improvement was also seen in non diabetic patients of heart failure N Engl J Med September 19, 2019). There was a 26% lowering in a composite of time to cardiovascular death, heart failure hospitalisation or urgent heart failure visit requiring intravenous treatment, when dapagliflozin was added to standard therapy, over a median if 18.2 months. Primary outcome was reduced with dapagliflozin from 21% to 16%, p < 0.001.The authors concluded that among patients with heart failure and reduced ejection fraction, the risk of worsening heart failure or death from cardiovascular causes was lower with dapagliflozin as compared to placebo, regardless of the presence of or absence of diabetes. Fifty five percent of patients in this trial did not have diabetes.Standard therapy consisted of an ACE inhibitor/ ARB and a beta blocker in almost 95% of patients, a mineralocorticoid inhibitor in more than 60% , and a sacubitril/valsartan inhibitor in one third patients. Dapagliflozin reduced all cause mortality by 17%. The DAPA HF is being noticed by heart failure specialists around the world. SGLT2i are known to prevent heart failure in type 2 diabetes, but the DAPA HF trial has shown that an SGLT2i can also be used to treat congestive heart failure, as an add on medicine. Earlier both empaglifozin and canagliflozin have significantly prevented heart failure hospitalisation in patients with diabetes.Emagliflozin substantial cut down mortality and hospitalisation for heart failure without reducing the risk of myocardial infarction and stroke.

Another small double blind randomised trial (DEFINE -HF Trial ) including 263 patients with reduced ejection fraction heart failure has shown significant improvement in symptoms and quality of life as early as 3 months, with addition of dapagliflozin ( Circulation. 2019;140:00–00. DOI: 10.1161/CIRCULATIONAHA.119.042929 ). Crucially there was no difference in NT-proBNP levels over 12 weeks of treatment. The researchers concluded that dapagliflozin produced meaningful clinical improvement in heart failure patients without affecting mean NT-proBNP levels. Benefits of 10 mg dapagliflozin per day were seen both in diabetics and patients without type 2 diabetes. It should be borne in mind that dapagliflozin was used over and above standard heart failure medication. Patients in the trial had to have an NT-proBNP more than 400 pg/ml and eGFR >30/ml/min/1.73m2. The median NT-proBNP level was 1400 pg/ml. Number needed to treat over the course of 2 years was 21 only to reduce the primary composite end points. Diuretics were provided to 94% patients, ACE inhibitor or ARB to almost 90%, Sacubitril-valsartan to 11%, beta blocker to 96%, aldosterone blocker to 72% and digoxin to 19% patients. More than 50% patients were on metformin and 28% were on insulin.

There were few adverse effects, no significant increase in hypotension or hypoglycaemia.Serious renal adverse effects were uncommon and significantly less common in the dapagliflozin group. But this was small sized trial. We have to wait for more randomised trials with SGLT2i to make their prescription mandatory. The prevalence of heart failure is humungous; and the accompanying morbidity and mortality well known. The DEFINE HF has too few patients, follow up too short, and it was not powered to detect mortality or hospitalisation for heart failure. The number to treat for improvement in clinical symptoms and quality of life was only 10. The fact that there was little or no change in NT-proBNP level strongly suggest that dapagliflozin did not merely operate as a diuretic. Another icing with SGLT2i is their reno-protective capabilities. Nearly all patients in the DEFINE-HF trial were on ACEi’s, ARB and a beta blocker, 60% were on aldosterone blockers,, while 30% were on a sacubitril/valsartan. Importantly about 35% were on a biventricluar pacemaker. There was no significant increase in 6 minute walking distance nor was there any significant change in weigh.

Unlike the DEDFINE-HF trial, DAPA HF included 4744 patients of heart failure with reduced ejection fraction. Mean left ventricle ejection fraction was approximately 31%, 45% patients had diabetes, and 41% had chronic kidney disease. Dapagliflozin reduced death by 18%, heart failure hospitalisation by 30% and risk of worsening heart failure by 30%. It will however not be easy to optimally mix dapagliflozin with a prescription containing a beta blocker, an aldosterone antagonist, and Sacubitril/valsartan. There will be the problem of drug interaction and also issues with adherence. The researchers of the DAPA Hf trial have not provided details of dosage of the standard treatment given, the optimal prescription will always therefore be a painstaking guess.

We are looking at a world where in a patient with reduced ejection heart failure will be teated by a combination of beta blocker, sacubitril/valsratin ( ARNI) , spironolactone and an SGLT2i. A diuretic may not be needed, patients however will need to be carefully chosen. A new era in treatment of heart failure has certainly begun. Time will tell us how safe an SGLT2i is in the long run. The FDA has granted FAST Track designation for the development of dapagliflozin to reduce cardiovascular death or hospitalisation for heart failure. The long term adverse effects are unknown where SGLT2i is concerned. Initially there is a drop in eGFR that improves within a year, but long term effect on eGFR is yet to be ascertained. Fractures have been associated with SGLT2i’s because of mineral changes and the problem of lower limb amputation persists, albeit associated only with canagliflozin but no confirmation of causality. Genital fungal infection can be a problem but this is early treatable. 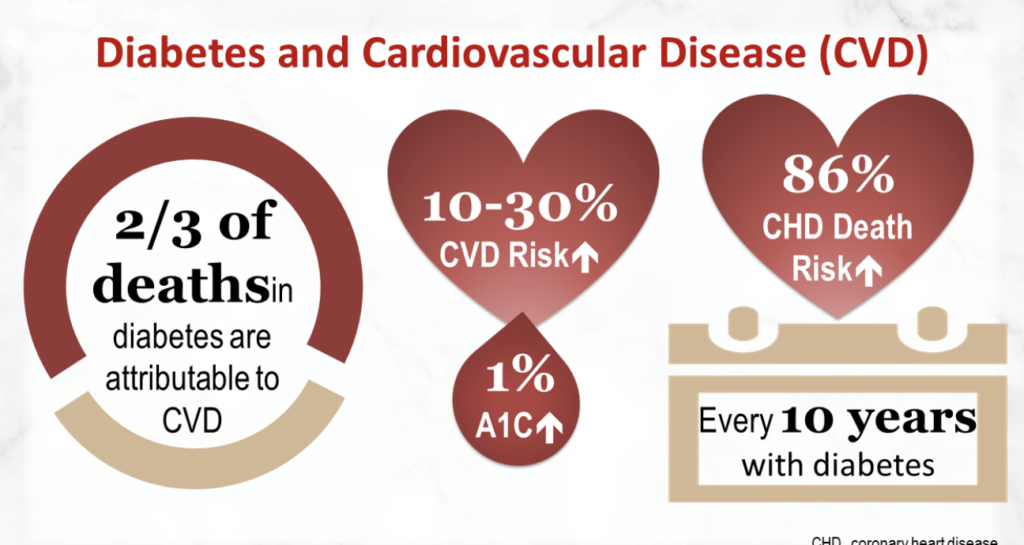