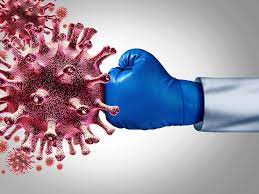 I had never in my wildest nightmares imagined the current oxygen and medicines crisis. This is a country with more than 200 nukes, aircraft carriers, state-of-the-art fighter jets, fully armed submarines, and one of the largest if not the largest land armies in the world. It has one of the largest economies and some of the brightest minds win the planet. Yet, tragically, people are dying inside hospitals because of wanting for oxygen.

Complete panic has set in. I keep getting calls for a bed for a covid patient. Other doctors must be getting contacted much much more. The situation is dire, anyone can sense the fear and chaos in the capital of India.

There have been major goof-ups by the powers that be. The collective wisdom of concerned people seems to have evaporated. But there is little point in elaborating the obvious. It will serve no purpose.

The need of the minute and not just the hour is to remain composed and calm. We need our wits about us as never before. Fear mongering, sacred mongering, disease mongering, or blame mongering will get us nowhere. The virus has been around for at least one and a half years. We now have enough data on its genome structure, pathogenesis, epidemiology, clinical features, and treatment to manage this crisis.

I do not believe in making seemingly clever statements that in the coming days so many lakhs will get infected and so many thousands will perish. I know from numerous epidemiological studies that the infection fatality rate is around 0.05% to 0.08%. To put it simply if 10,000 people get infected around 5 to 8 will die. A small number but traumatic and shocking enough for those directly connected with the death.

Around 3000 people died yesterday, most probably due to an infection that was contracted 10 days ago when 250000 people were affected. It is common knowledge that for every one person testing positive for covid there are at least another 10 roaming around. The math gets simple now. The infection fatality rate in India is still around 0.1% if not less. I am erring on the side of caution. It could be less.

After more than one and a half years of this Pandemic, we have learned from a humongous amount of data that the majority of people who get infected are either asymptomatic or have mild symptoms. Very few (less than 5%) need admission in intensive care.

Moreover, mortality in hospitals has decreased substantially across the world because of improved knowledge and resulting care. Sweden has managed to cut down mortality by more than 50% by employing evidence-based medicine. The same pattern is visible in hospitals in other countries.

We now have antivirals at our disposal that significantly lower viral load while hastening recovery. Multiple randomized trials have shown significantly improved clinical outcomes and reduced mortality with the anti-parasitic drug ivermectin. Ivermectin prevents entry of the covid virus into the nucleus of the host cell. It also acts as an anti-inflammatory and probably prevents clumping of red blood cells/ platelets. The drug is cheap and freely available in the country. The dose is just one tablet of 12 mg for 3 to 5 days.

A large randomized study (PRINCIPLE trial ) including 1700 covid patients has shown significantly shorter recovery time with inhaled budesonide and this treatment is a part of the official government protocol to treat patients at home. Budesonide is both an antiviral and anti-inflammatory. The recommended dose is 800 mcg twice a day.

The trick is that treatment should begin at the earliest before the virus gets a foothold in the body. Viral load is the highest initially and after 10 days of symptom onset, it does not matter because the virus by then has ceased to be viable. The virus may be picked up by an RT-PCR test for another month but this will be gene debris or dead virus. The person concerned is no longer infective after 10 days. The process of 2 consecutive negative PCR tests is thus redundant.  A recent study in National Basketball League has also demonstrated that after 10 days of isolation an athlete was unable to infect another person while in the bubble.

Apart from ivermectin and budesonide a cheap antacid named famotidine has also shown hastened recovery. But these are anecdotal reports from China. An observational trial using famotidine with cetirizine found improved clinical outcomes in patients with Covid. As both famotidine and cetirizine are histamine blockers it is hypothesized that these 2 medicines prevent the hyper-immune response seen in a few unfortunate patients.

Once the hyperimmune situation sets in and the patient is on noninvasive or invasive ventilation corticosteroids are the answer. The large RECOVERY trial has demonstrated significantly reduced mortality in patients on ventilators and noninvasive ventilation. There was an absolute 12% reduction in deaths with only 6 mg of dexamethasone given over 7-10 days.

Another RECOVERY trial with an IL-6 inhibitor called tocilizumab trial has shown a further 8% absolute lowering in mortality. Researchers and clinicians believe that if dexamethasone is failing addition of tocilizimab improves clinical outcomes in sick patients. There may be a synergistic effect.

A word on remdesivir is needed; remdesivir is an antiviral injection that by interfering with the polymerase enzyme stalls viral replication. The drug is administered by intravenous injection. Three randomized trials have been done. Not one showed a reduction in mortality. The study done by the company did show quickened recovery time. Remdesivir is of little use in patients on ventilators. It should be used in the early phase of the disease, keeping in mind that it is unable to prevent deaths.

The present hue and cry over remdesivir is unwarranted. The fact that it is being sold in the black market is bewildering as the beneficial effects are marginal with this drug.

What then is the way forward? We must like Israel move towards some kind of equilibrium with this virus. Knowledgeable people call such a state herd immunity. Herd immunity is to be achieved by vaccination and natural infection. Vaccines undoubtedly have short and long-term adverse effects, but these have so far been far and few. Some adverse effects have been gruesome but then almost a billion people have received one injection already. India has jabbed 140 million people as of today, and this is no mean feat, considering the logistical hurdles and vaccine hesitancy.

I notice that more and more people are queuing up for vaccines now. This is the fear factor but it helps. There are currently 2 vaccines available in India. The inactivated whole virus vaccine has been reported to be effective against the new variants. The other vaccine is the adenovector-based platform designed by Oxford that carries a DNA with the spike gene-making instruction. Both are intramuscular shots to be given 4-6 weeks apart.

According to the Oxford investigators, efficacy was more than 80% if their vaccine was given 12 weeks apart as only 54% when given before 6 weeks. Their data in the US trial however showed 76% efficacy with a 4-week dosing interval.

The third vaccine to be made available is the Russian Sputnik V that is similar to the Oxford vaccine in that this too has an adenovector DNA platform, but the adenovirus used is human, whereas it is a chimpanzee virus in the Oxford vaccine.

Importantly any of these vaccines can be taken as we lurch towards herd immunity. I personally would have pursued a program of vaccinating the vulnerable first, instead of vaccinating everyone above 18 years or older. I would have preferred a graded program in which the elder decade is injected first instead of all at once. The latter will lead to considerable logistical confusion.

It is imperative to remember that the chances of contracting the virus are high at a vaccination center because people forget to keep their distance.

Till a substantial proportion of the population is vaccinated the ONLY way to go is to educate and educate and educate the public to AVOID crowds and enclosed spaces. Wearing a mask in such situations is plain common sense. I have been pleading on common sense in every video that I have made since last September but to little effect. My language has been simple and direct. Crowds of any kind are a big no-no for the next 2 years. Reads badly but this is the sad truth.

The virus is not going to vanish all at once, and neither can it be eradicated by a magical wand. Lockdowns will only postpone the inevitable, the virus will wait till the lockdown is lifted.

There is also an uproar on the new variants. Without going into details let me assure you that the new mutations can be easily tackled by nonpharmaceutical interventions (NPI) that I have already written about. The “double mutation” may be more infective ( no proof so far) but there is absolutely no clinical suggestion that it is more virulent. There is now considerable data that the English variant does not kill more than the initial variant.

Most mainstream media, both western and in this country, was calling the English variant the “deadly virus” without any evidence. This was both irresponsible and silly but was a fear-mongering business as usual.

The current surge in India is not because of a new strain or a “deadly virus. It can and must be tackled. It will be tackled. There is little need for panic but basic commonsense precautions are mandatory. Unnecessary travel must be avoided, and for the time being keep all domestic help at bay ( making sure you give them their salary).

The fault, dear reader, lies not within the virus, but in ourselves, that we are underlings.