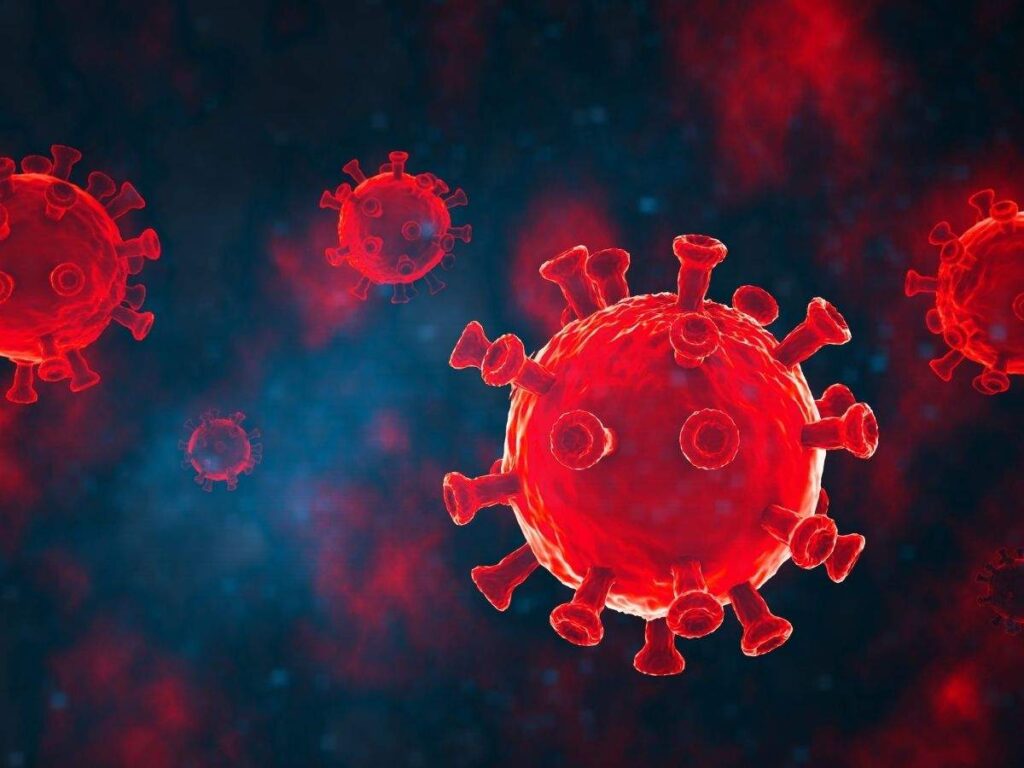 You know matters have gone dangerously wrong when a senior gastroenterologist suffering from severe acute respiratory syndrome coronavirus 2 (SARS-CoV2) dies in his own hospital because of lack of oxygen in the capital of India. It just cannot get worse than this. It certainly is not our finest hour. Far from it; it is a never-ending horror story.

SARS-CoV-2 has exposed the lack or utter absence of scientific temper in the country. Maybe we never had it, or if we did, it has rapidly withered away these past few years. The lack of preparedness is both inexplicable and inexcusable.

I will however not dwell on the burden of morbidity and mortality currently inflicted by this virus. There are many more capable people who can dilate upon it. I have repeatedly asserted that in order to get out of this quagmire it is imperative that till we get a substantial proportion of our people vaccinated, we distribute tablets of ivermectin 12 mg once a week to those who are susceptible. Numerous trials, including one from our own country, have shown that prophylactic ivermectin significantly reduces infection by SARS-CoV-2.

Above all, every citizen of this country must be told in no uncertain terms the immense value of distancing and adorning masks in a crowded environment. This message has to be delivered every minute of the day, seven days a week in order to register with the masses. A job easier said than done. Perfectly well-meaning people with reasonable education are still seen clustered together, I have to my dismay seen this in my own hospital. Despite screaming headlines on thousands of daily deaths the man on the street refuses to get it.

No mandate for vaccine or ivermectin will work if nonpharmaceutical interventions (NPI) are not employed on a daily basis. Weddings can continue but receptions will have to put on a hold. Funerals shall take place but rituals on subsequent days must cease. All partying has to stop for the next calendar year if not longer.

Undoubtedly there is a massive outpouring of justifiable grief and outrage. Mercifully new cases have begun to subside and a reduction in the number of deaths will soon follow. Deaths trail cases by 7-10 days. But in the din, we need to reflect on the origin of this virus.

Understanding the evolution of SARS-CoV-2 is of paramount importance to prevent a future pandemic. This cannot be considered an academic exercise best left with scientists. The recent committee sent to Wuhan by the WHO to investigate the origin of this virus has predictably done nothing much. The WHO made sure that Peter Dazsak was included in the investigating party despite loads of conflicts. Dr. Daszak is well known to have funneled millions of Dollars via his EcoHealth Alliance from the National Institutes of Health (NIH) to the Wuhan Institute of Virology. The financing was done in order to facilitate dangerous experiments that juiced up coronaviruses to infect humans. Only the WHO is capable of including a prime perpetrator in its investigating committee.

These “gain of function” or “GOF” have been going on for more than 20 years in various labs in the world, especially in the USA that has almost a dozen biosafety level 4 (BSL-4) labs to experiment on dangerous pathogens. The USA has almost 350 BSL-3 labs.

That the WHO commissioned investigation will be a whitewash is more or less clear by the fact that although dangerous GOF experiments were being done by Chinese scientists in Wuhan, substantial money was being provided by the American government., directly or indirectly. Hence the truth regarding the origin of this virus will never come out.

Three names will stand out regarding the virus shenanigans. Dr. Ralph Baric, Dr Peter Daszac and Dr Shi Zhengli. There was this infamous letter by 27 virologists and others to The Lancet last February that stated there was “overwhelming” evidence this virus has come from mother nature. The Lancet did not bother to check that the letter had been designed and supervised by Peter Daszak.

Next month, in March, a letter was published by Nature Medicine by a bunch of scientists who “clearly” saw the virus could not have possibly leaked from a lab but has surely spilled out from bats.

Vincent Racaniello, who has a regular podcast on virology gets visibly irate at the slightest mention of lab origin. His response is a flat and emphatic no, nose twitching and nostrils flared. On most other times he comes out as a perfectly sane and knowledgable virologist. He and just about any western scientist, virologist, epidemiologist, mathematician have no clue of what is going on in India. Their “expert” comments bandied about by craving for audience Indian journalists are superficial if not misleading.

So what exactly is a gain of function or GOF? This is the process by which a virus is so engineered in the lab that it become more infective and pathogenic.

For example, a human coronavirus is taken, but to it is attached the spike protein of a bat coronavirus, next this hybrid or chimera is used to infect a mouse. It has been seen that such a chimera is not only able to infect the mouse but also create severe damage in the lungs of the mouse infected. The same chimera or hybrid virus was also seen to infect human respiratory cells in culture. This research has already been published by Baric and Shi Zhengli in Nature in 2015.

Shi Zgengli published a paper last February describing the striking genetic similarity of the SARS-CoV-2 virus with another virus RaTG13. The similarity was more than 96%. The closest that any virus is to SARS-CoV-2 is RaTG13.  But what Shi Zhengli failed to disclose was that RaTG 13 was isolated as early as 2012, and was earlier named BtCoV/4991. The genetic sequence of RaTG13 and BtCov/4991 are identical.

Shi also did not conveniently disclose that in 2012, six men assigned to clean up bat excreta in a copper mine in Southern China fell seriously ill. Three of them in fact died because of bilateral pneumonia. These 6 bat excreta cleaners worked almost 7 hours a day for 7 consecutive days before falling seriously ill.

They had fever with cough, suffered from breathlessness, and had bilateral ground-glass opacities in their lungs along with subpleural organizing pneumonia. They were treated with antivirals, antibiotics, and anticoagulants. Antifungals were also used. Interestingly Shi Zhangli told Scientific American that these men had a fungal infection.

We now know that these men suffered from infection by a beta coronavirus seen in horseshoe bats (Rhinolophus Affinis) called RaTg13. They got infected not because the virus (RaTG13) was easily transmissible but because they were compelled to breathe in toxic air for hours while clearing bat excreta. The mine since then has been sealed. Interestingly the original samples of RaTg13 have disintegrated or possibly destroyed.

You will have to concentrate for the next few minutes. The SARS-CoV-2 virus as mentioned earlier most closely resembles RaTg13, in fact, more than 96%. SARS-CoV-1 resembles SARS-CoV-2 by only 79%. Crucially every other coronavirus markedly differs from SARS-Cov-2 in the spike protein.

The spike protein is important because by virtue of the spike the virus locks on the ACE2 receptor of human cell. The spike consists of 2 subunits, S1 and S2. S1 is responsible for binding or attaching to the ACE 2 receptor, once the docking has been made it (S1) falls away. Next S2 ensures the virus penetrates the victim cell. The process of cutting or splitting of the spike is achieved by a protease enzyme called “furin.” The human cell has furin on its surface and even within itself. Furin by cleaving the spike into 2 bits enhances SARS-CoV-2 infectivity.

We have 2 situations. We have the RaTG13 virus that can cause lethal bilateral pneumonia but is not easily transmissible. It is not easily transmissible because the point that binds with ACE2 is different from SARS-CoV-2. If someone were to make it identical with SARS-CoV-2 at this point it would become near identical to SARS-CoV-2. This point is named ‘receptor binding motif” or RBM. RaTG-13 is more than 96% similar to SARS-CoV-2 but for the receptor-binding motif (RBM).

The SARS-CoV-2 virus that has played havoc on the planet for the last 18 months could easily have been engineered in a lab by recombining the receptor-binding motif of a pangolin coronavirus with RaTG -13. The new clone produces classic bilateral pneumonia and is also far more transmissible.

In addition, it has been noted that a string of 4 amino acids never seen before in coronaviruses is seen attached at the furin cleavage site of the SARS-CoV-2 virus. The is RRAR; an arginine- arginine-alanine-arginine attachment that is inserted in the spike makes it incrementally more infective. Many virologists consider this insertion of 4 amino acids ( seen only in humans and not in coronavirus) as further evidence of an engineered virus.

I doubt if the truth behind the origin of this virus will ever come out. There is no absolute evidence it has emerged from nature. Civets were considered intermediate hosts within 4 months of the SARS pandemic in 2003, and camels the culprits after 9 months of research during MERS. We still do not know of the natural source of SARS-CoV-2 nor has any intermediate creature been identified after one and a half years of the pandemic.

However, there will never be any confirmation of a lab leak because of a mouse/bat bite, a spilled test tube, or a tear in PPE. The powers that be will ensure the lid stays put.

We, in the meantime, have to get ourselves out from this quagmire and protect ourselves from the next pandemic. It is now abundantly clear where need to channel taxpayers’ money.

Do not be surprised if there are more viruses that are more pathogenic lounging in a freezer somewhere right now.